North Korea has used previous parades to unveil missiles - or mockups of missiles - that it had yet to test.

SEOUL - North Korea is expected to use a major holiday this weekend to showcase its military power, highlight domestic political messages, and galvanise citizens at a time when the country faces increasing economic hardship and isolation.

International observers are closely watching the celebrations to mark the 75th anniversary of the founding of the ruling Workers' Party of Korea on Saturday (Oct 10), eager to see what messages leader Kim Jong Un will send to domestic and foreign audiences.

The stakes are high for Mr Kim, who has seen his promises of economic progress fall short in the face of international sanctions in place amid stalled denuclearisation talks, a strict lockdown to prevent a coronavirus outbreak, and damaging summer storms.

Analysts say most of the events are expected to focus on domestic messaging through things such as national meetings, art and industry exhibitions, a light show, visits to key monuments, and ceremonies to mark the completion of construction projects.

But there is also growing speculation that Mr Kim may use a military parade to show off his largest ballistic missiles for the first time since he first met with US President Donald Trump in 2018.

The weekend's events come just weeks before the presidential election in the United States, and analysts say the parade could offer Mr Kim a chance to project a more militant stance without resorting to something as provocative as a new nuclear test or long-range missile launch.

Mr Kim had promised this year to unveil a new "strategic weapon" in the face of continued US pressure that he says stalled denuclearisation talks.

North Korea is believed to be developing a submarine capable of launching ballistic missiles, and there is speculation that a test could be imminent, but in a recent report for the Atlantic Council, two former US intelligence officers argued that Mr Kim could unveil more potent weapons at the parade.

"If he offers up an 'October surprise' this year, it probably won't be the North Korean version of the fictional Soviet ballistic-missile submarine 'Red October'," they wrote.

"Instead, it may well come in the form of new missiles displayed on the streets of Pyongyang." 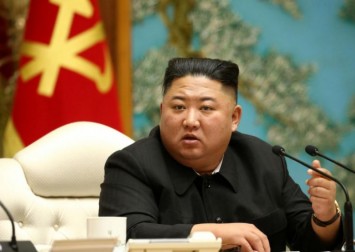 North Korea has used previous parades to unveil missiles - or mockups of missiles - that it had yet to test, and South Korean media reports have cited unnamed intelligence sources who said intercontinental ballistic missiles (ICBMs) larger than anything tested so far have been spotted at facilities near Pyongyang.

That may suggest that North Korea could showcase a "canisterised system", in which missiles are stored in containers, ready to launch, similar to the kind shown in a 2017 military parade, said Ms Melissa Hanham, deputy director of the Open Nuclear Network.

"At the time, it suggested they were working toward a multiple stage solid-fuel ICBM," she said.

Solid-fuel weapons in some cases may be easier to store and faster to deploy than liquid-fuelled systems, but it is unclear if the canisters displayed in 2017 carried missiles inside.

While Mr Kim placed a moratorium on nuclear tests and ICBM launches, he also called for the rapid production of battle-ready missiles and atomic weapons, sparking speculation that he may use this parade to show off large numbers of missiles.

Such a display would not only showcase the country's success in following Mr Kim's directive, but would reveal whether North Korea has managed to build or buy more large "transporter-erector-launcher" (TELs) vehicles needed to carry ICBMs.

"The number of these vehicles is the major constraint on the North's missile numbers," Ms Hanham said.

She added that she would be closely watching to see whether North Korea displays more short-range missiles, such as the KN-23, which was test launched multiple times since it was unveiled early last year.

"I think these types of missiles are the most destabilising, because they are small, quick to launch and the kind of thing you might try to use for a 'limited war' that could spin into nuclear war," she said.

North Korean construction workers have been rushing to complete a massive new hospital in downtown Pyongyang, which was meant to be finished in time for the Oct 10 holiday.

Commercial satellite imagery shows that the exterior of the building is complete, according to a report on Tuesday by 38 North, a US-based think tank that monitors North Korea. 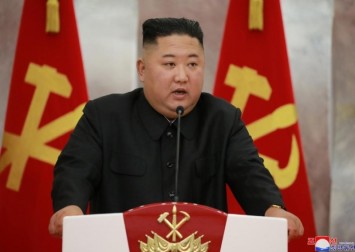 Although it is doubtful that the hospital's interior is anywhere close to finished, the building is likely to "form one of the main propaganda pillars to this weekend's events", the report said.

Workers also carried out major renovations of the Kim Il Sung Square, where the parade and other events are expected to take place.

"Since North Korea has been affected by prolonged Covid quarantine measures and lately the floods, the leadership will really want to make the best of the upcoming celebrations to do just that."