Abe's wife, Akie (right), became a trending topic on Japanese Twitter today after a weekly magazine said she had visited a shrine in southwest Japan on March 15.

TOKYO - Japanese Prime Minister Shinzo Abe's wife came under fire on social media on Thursday over a report she visited a shrine last month with about 50 people, adding to public disapproval of how the premier has handled the coronavirus crisis.

The prime minister's support has been hurt by what critics say is a timid and sluggish response to the outbreak, and by widespread criticism that he has appeared tone-deaf to the severity of the crisis in his own social media posts.

Abe's wife, Akie, became a trending topic on Japanese Twitter on Thursday, with her name gaining more than 17,000 retweets by mid-morning after a weekly magazine said she had visited a shrine in southwest Japan on March 15.

That was about two weeks after her husband asked schools to close and organisers to scrap or curtail events, but before he declared a state of emergency.

A spokesman for Prime Minister Abe's parliamentary office was not immediately available for comment. Reuters was not able to reach representatives for Akie Abe for comment.

"Schools were closed at that time but the prime minister's wife seemed to have too much time on her hands. Kids were stuck at home. This is Japan's shame," said one user.

"If she got infected this way, would she get special treatment with high-class medical care?" said another user, although some people also defended her as a private citizen.

Support for Abe's cabinet fell to 39 per cent in an NHK survey published on Monday, down four points. 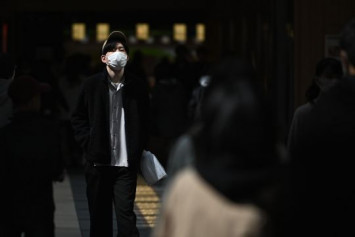 Seventy-five per cent said Abe's April 7 declaration of a state of emergency came too late.

Last weekend Abe drew an angry response from some Twitter users after sharing a video of himself lounging on a sofa with his dog, drinking tea and reading, with a message telling people to stay at home.

"Who do you think you are?" became a top trend on Twitter, with many posts saying Abe's message ignored the plight of those struggling to make a living during the outbreak.

Japan Inc has also given a thumbs-down to his economic response, with most firms in a Reuters poll saying his stimulus has been a disappointment.

Akie Abe, an often controversial figure, was also criticised after pictures emerged of her at a cherry blossom viewing event despite calls for people to stay home, but Abe defended her, saying it was a private gathering at a restaurant.