FRANKFURT - Shares in German payments processing group Wirecard plunged for the third time in little more than a week on Thursday (Feb 8), as the Financial Times alleged senior executives knew of accounting fraud.

Stock in the star "fintech" (financial technology) firm fell as much as 19.6 per cent in afternoon trading in Frankfurt, before recovering slightly to trade down 15 per cent at 110.80 euros by 4pm.

Earlier on Thursday, the FT reported that two senior executives at Wirecard HQ knew of a so-called "round-tripping" scheme - in which cash was moved around between Asian subsidiaries to artificially pad the books - orchestrated in the group's Singapore office.

It was the third and most detailed report on the topic from the business daily since January 30.

Read Also
Scoot over Microsoft: Apple again the most valuable US company 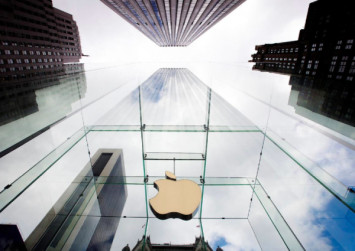 The series of allegations has seen shares in the firm, whose products range from software for processing online payments to card terminals for shops and creditworthiness checks, lose around one third of their value since that date.

A spokeswoman for Wirecard told AFP the group "decisively rejects the FT's reporting," adding that "the article is completely untrue".

"We will take legal action against the reputational harm" to company officials, she added.

State prosecutors in Bavarian capital Munich "do not have sufficient grounds for suspicion to open an investigation into Wirecard management," senior prosecutor Anne Leiding told AFP.

However, the authority "is looking into market manipulation by persons unknown to the detriment of Wirecard," she said.

Markus Braun was named CEO of Wirecard in 2002 and said he put as much as €75 million of his own funds into the firm - money he'd made on successful bets on tech companies.

Germany's Bafin financial markets watchdog said last week it would launch a probe of its own into possible market manipulation after the FT reports.

Hailed as a champion of the fintech scene, it then boasted a market valuation of more than 23 billion euros - outweighing even giant Deutsche Bank.