How much screen time should a child get?

Parents of a toddler in China were alarmed to learn that their daughter's eyesight was ruined by her smartphone addiction.

The two-year-old girl from Jiangsu, known as Xiao Man, was recently diagnosed with severe myopia after her parents took her to see a doctor.

According to Chinese media reports, Xiao Man started watching shows on the phone since she was a year old.

Her parents were not strict with her screen time and they often let her use the device for long periods as it was the only thing that kept her quiet whenever she was acting up. 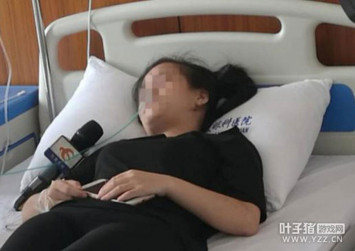 As time passed, the girl's parents noticed that she was frowning and squinting while watching shows on the electronic device, and often rubbing her eyes.

At first, they chalked the behaviour down to a bad habit but decided to take her to the doctors for a second opinion.

To their shock, their daughter was diagnosed with severe myopia (nearly 900 degrees). The doctors informed the family that the condition was irreversible, and her eyesight could get worse as she grows up.

Doctors also shared that the girl's case was due to prolonged and premature usage of electronic devices.

They advised parents of young children to restrict their use of smartphones or tablets -- kids under the age of three should not use them, while children between three and six years old should only get up to 30 minutes of screen time daily.

ALSO READ: My child has myopia: 600 degrees by Primary 1