After finding out that her son had sneaked out to play without finishing his homework and had even lost his handphone in the process, a mother in Jiangsu, China subjected the 9-year-old boy to a violent beating for up to five hours. The next morning, the boy was found dead.

According to China's Modern Express, the mother was sentenced to 10 years' jail for the crime, which happened last January.

The report indicated that the boy had confessed to his mother that he had lost his phone while out playing. The pair then went out to search the streets without success. The mother slapped her son after the futile search as she believed he was lying.

Upon returning home and discovering that the boy had not done his homework, she flew into a rage again, subjecting him to at least five rounds of beatings with a wooden rod from 6pm to 11pm. She also used tape to tie up his limbs and repeatedly stabbed his feet with a sewing needle. During this period, she gave her son just a few sips of water to drink. 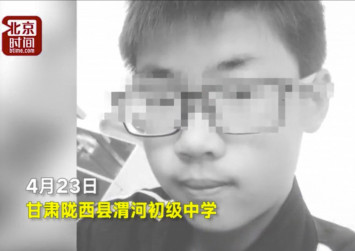 The report added that when she carried the boy to the bedroom in the middle of the night, the boy told her: "Mama, I don't want to see you." She flared up and returned to her room to sleep.

The following morning at 5am, the mother found the boy lying motionless on the floor and tried to resuscitate him, but to no avail. He was declared dead by paramedics who arrived on the scene. According to an autopsy report, the boy died of hemorrhagic shock combined with pulmonary embolism - a blockage in an artery in the lungs.

Ruling that the harm inflicted on her son was an act of intentional injury, the court sentenced the woman to 10 years in prison.

ALSO READ: Chinese boy, 8, beaten and stabbed by father for not doing homework on time

#beating #china crime #crime #assault #In Case You Missed It