Users of the Chinese drone giant's products range from photography hobbyists to US fire departments.

BEIJING - Chinese drone-maker DJI has dismissed as "utterly false" accusations that the Russian military is using its drones in Ukraine after a German retailer cited such information as the reason for taking its products off the shelves.

The rejection followed Friday's (March 25) Twitter revelation of the removal by German electronics and home appliances giant MediaMarkt in response to "information from various sources", although it gave no details of the information it received.

In Saturday's statement, it said, "We do not support any use that does harm to people's lives, rights and interests."

On Monday, DJI did not respond to a request from Reuters for comment.

MediaMarkt, which runs more than 800 stores in 12 European nations and Turkey, did not say what information it had received about DJI.

"As a responsible company, we have taken immediate action and removed the manufacturer from our product range groupwide until further notice," it said on its official Twitter account on Friday.

MediaMarkt was replying to a user who accused DJI of leaking GPS data of Ukrainian military positions to Russia.

"We will closely examine further indications and developments," it added. 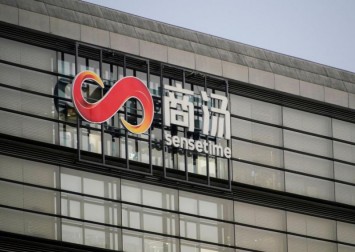 It called the move "a clear signal for the values that have the highest priority for us", which it saw come under attack by Russia's "aggressive" war against Ukraine.

Users of the Chinese drone giant's products range from photography hobbyists to US fire departments.

The firm has found itself in an uncomfortable position after Russia invaded Ukraine more than a month ago in what Moscow calls a "special military operation".

While Western firms have pulled out of Russia in protest, DJI has stayed on, like many Chinese companies, taking a cue from Beijing's stance of refraining from criticism of Moscow over the invasion.

On March 16, Mr Mykhailo Fedorov, Ukraine's Minister of Digital Transformation, said he asked DJI founder Frank Wang in a letter to cut ties with Russia, accusing its troops of using DJI products for the navigation of missiles that kill Ukrainian civilians.

The next day, DJI responded on Twitter that its products, designed for civilian use, were inappropriate for military missions.