A view of the city skyline and Huangpu river, ahead of the annual National People's Congress (NPC), in Shanghai, China, on Feb 24, 2022.

The Russia-Ukraine crisis will dent global growth as oil and commodity prices soar, but the hit will be somewhat cushioned by China's push for economic stability and the strength of the US labour market, Citigroup analysts said.

Oil and other commodity prices have sky-rocketed and markets have been heavily volatile since Russia's invasion of Ukraine last month.

"If the tensions are prolonged or escalate further, the markdowns to this year's growth outlook may need to be denominated in percentage points," Citigroup analyst Nathan Sheets wrote in a note.

The loss to GDP growth would be limited to several tenths of a percentage point, with the brunt of it felt in Europe, Sheets added.

China on Saturday (March 5) stressed on economic stability as its top priority, as the world's second-largest economy targeted economic growth of around 5.5 per cent this year.

Citigroup believes this level to be "solid by any metric", even if slow compared to pre-pandemic levels. 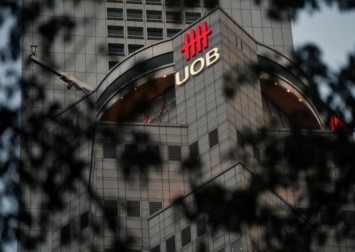 Increasing expansion in emerging Asian markets along with a strong US labour market are also factors that will support global growth, the brokerage added.

US private employers hired more workers than expected in February and data for the prior month was revised sharply higher to show strong job gains instead of losses, aligning with other reports that have painted an upbeat picture of the labour market.

In order to balance the global economy, inflation and commodity supply shock, Sheets wrote central banks, "will opt to be somewhat more gradual than they would have been otherwise" regarding their interest rate hikes.