Chinese woman loses battle with cancer, husband sends her off with wedding at her funeral

The couple put their wedding on hold while Yang was undergoing cancer treatment.

It was a wedding that left guests brimming with tears.

A man from Dalian, China, turned a funeral parlour into a wedding venue on Oct 20 to fulfil his wife's final wish.

As a montage of the couple's happy moments played on a screen, 35-year-old Xu bade a final goodbye to his beloved who laid on an open casket surrounded by pink roses.

Yang, 34, died of breast cancer on Oct 14 after battling the disease for five and a half years, Chinese media reported.

Although the couple registered their marriage in 2013, they put their wedding ceremony on hold when Yang started feeling pain in her right breast.

They had hoped that it was a benign tumour, but doctors confirmed that she had breast cancer after she underwent surgery.

Yang, then 28, was told that she only had five years to live. 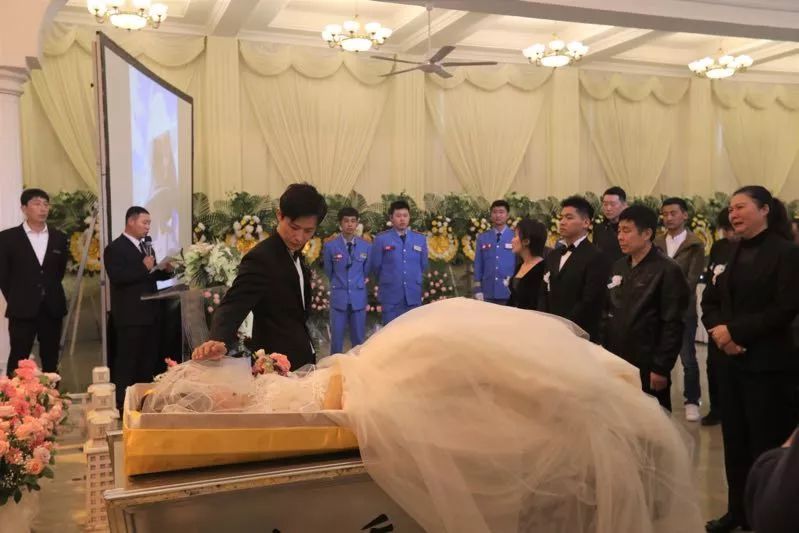 Despite the grim prognosis, the woman remained upbeat and was determined to beat cancer.

Over the next few years, Yang underwent several rounds of chemotherapy, radiotherapy, and targeted therapy.

She also documented her cancer journey on Weibo and offered words of encouragement to thousands of fellow patients.

Yang was dubbed a "star patient" by hospital staff for facing her condition with positivity and was once invited by Chinese broadcaster CCTV to speak about her cancer experience, Xu said. She turned down the offer because she was not looking her best after losing her hair from chemotherapy. 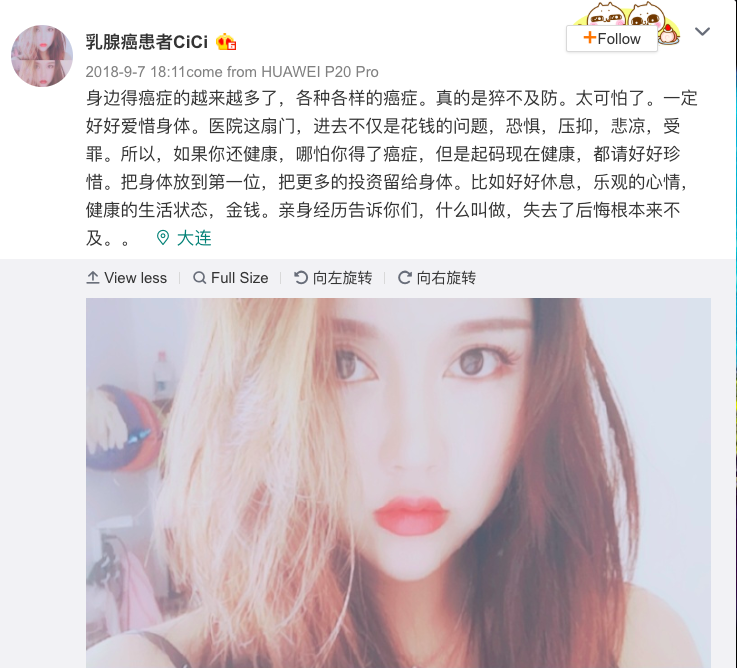 When the disease showed signs that it was going into remission, the couple started to plan their wedding again.

But before they could exchange their vows before family and friends, Yang's cancer returned in 2018.

It quickly spread to other parts of her body and she eventually succumbed to the disease.

When Yang was alive, she often told her loved ones not to cry over her illness and asked fellow cancer patients to treasure their lives, Xu mentioned.

The man tried his best to hold back his tears at the wedding but broke down as she was taken away for cremation.

"I know I promised you that I wouldn't cry, but sorry, I couldn't do it," Xu said.

#cancer #Weddings and engagements #Funeral #In Case You Missed It