While it's part and parcel for kids to spend their childhood "breaking bones", one particular youth might have taken the expression far too seriously.

What was originally a friendly arm-wrestling match between two friends in Jiangsu, China ended with a trip to a hospital for an unfortunate Xu, 21.

Photos circulating online showed an immensely mottled and bruised arm. As if that wasn't bad enough, an X-ray revealed that his injuries were much more severe than he thought.

Xu's humerus, the large bone that joined the shoulder to the elbow, had suffered a comminuted fracture — it snapped into two main pieces with a few smaller fragments.

He had been in the middle of an arm-wrestling match when he heard a snapping noise. Suddenly, he couldn't move his arm anymore, recounted Xu.

According to the local hospital's orthopedic doctor, a comminuted fracture at the humerus is more common among patients who suffer from brittle bone disease, or those involved in a high-impact accident. For young and healthy patients such as Xu, such a fracture is rarely seen.

In fact, the X-rays had shown that Xu had rather strong bones. 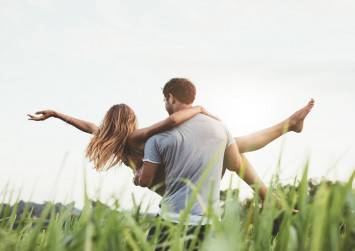 Dr Li shared that it was likely due to the strength used during arm-wrestling that the sudden explosive force pushing against Xu's arm had caused the bone to give way.

This isn't the first time bones have been broken under seemingly normal circumstances. Earlier this year, a man in Wuhan, China had not only fractured his arm and dislocated his elbow, but also tore his ligament whilst attempting to 'princess carry' his girlfriend.

Our word of advice? It might be best to choose your (arm-wrestling) opponents wisely.

#china #bone #Accidents #Wounds and injuries #In Case You Missed It