Rescuers try to reach 22 trapped after Chinese gold mine blast

A handout photo. Rescue teams work on saving workers trapped underground after an explosion at the gold mine under construction in Qixia, Shandong province, China, Jan 12, 2021.

Rescue teams were on Tuesday (Jan 12) racing to save 22 workers trapped underground for over two days after an explosion at a gold mine under construction in eastern China, as state media criticised a 30-hour delay in reporting the accident.

Rescue workers were unable to contact the trapped workers because the blast damaged their communication system, the official Xinhua news agency reported.

The blast occurred at 2 p.m. local time (0600 GMT) on Sunday (Jan 10) at the Hushan mine in Qixia, under the administration of Yantai city in Shandong province. But it was not until 8 p.m. the next day - 30 hours later - that it was reported to Qixia’s emergency department, Xinhua said.

Mining accidents are common in China, the world’s biggest coal producer. On Monday ( Jan 11), the National Mine Safety Administration said 573 deaths had been recorded in 2020. 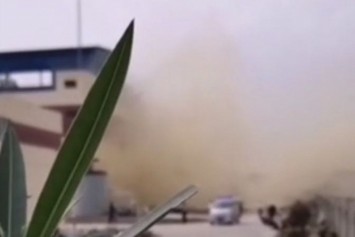 Xinhua said the Hushan mine was owned by Shandong Wucailong Investment Co Ltd.

That company is named by China’s fourth-biggest gold miner, Zhaojin Mining, as a “subsidiary of an associate” in its 2019 annual report.

Xinhua described those responsible for the reporting delay as “enemies of the people”.

The state broadcaster CCTV said late reporting of accidents was a “taboo for safe production” that could be tolerated.