A work laptop by day and a gaming machine by night.

The Acer Triton 300 SE is a pretty likeable laptop in many ways. And that's not even taking into consideration the fact the Triton is ultimately a gaming laptop.

Decepticons-like logo conspicuously but discreetly displayed on its face notwithstanding, the Triton's form factor is most unlike a gaming machine. In fact, it looks more like a heavy-duty business laptop.

The Triton 300 SE is decked out in a modest and mainstream-looking silver colourway, while the relatively compact body is fairly lightweight by gaming standards, tipping the scales at 1.7kg.

To put it in perspective, there are regular 'workhorse' laptops-like Acer's own Aspire-that weigh more than the Triton 300 SE. A gaming machine that weighs as much as a regular laptop? Sign me up.

The Asus ROG Flow is basically a system with a tablet as its base, so that doesn't count.

The subdued look is a good thing if you're not into the over-the-top stylings and indiscriminate RGB eye assaults often associated with gaming laptops.

In fact, the only thing that gives the game away is the presence of heat vents on the back and the sides of the laptop.

Even the included 180W charger doesn't feel too much of a hassle to bring around, and you only really need it for intensive tasks.

If you intend to use the laptop just to type out some word documents you can even settle for charging the laptop over USB-C; I carried a compact 65W GaN charger around and it worked well enough.

I certainly had no complaints about the visual quality, and sound-wise, the Triton 300 SE is just about adequate for a laptop that's trying to check all the boxes for a reasonable price in its class.

That said, I'd still opt for headphones or speakers at every opportunity.

The included 1080p webcam sounds good on paper and is above average in practice, making it suitable for work calls if the lighting isn't absolute bollocks.

The keyboard is a no-frills affair; Acer uses a conventional chiclet keyboard with backlighting and shine-through keycaps, and comfortable enough to work on for long hours.

The mousepad is outlined by a bevelled edge frame and the fingerprint reader is embedded in the tracking surface. It might seem like an odd place to place a fingerprint reader but for me at least, it never felt like it was ever in the way.

That said, placing it on the power button would have been far more elegant and more in line with the design theme of this laptop: hiding in plain sight.

Read Also
What does Windows 11 2022 update mean for gamers? 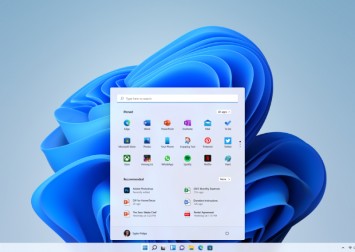 What's not hidden away is the standalone Turbo button at the top left corner. While you can use PredatorSense to engage overclocking mode, you can also kick things off with that button.

However, you'll need to be using the 180W power adapter for this to work.

Despite the added girth that comes with the territory of a gaming laptop, physical connectivity options are fairly limited-it's more like an ultraportable in this respect: one Thunderbolt 4 port, two USB-A (3.2 Gen 2), one HDMI 2.1, and a headphones jack.

Surprisingly, there's no ethernet port, so you need to jerry-rig an adapter to the Thunderbolt 4 port if you must have a wired connection.

At the very least, it has a Killer Wi-Fi 6E (AX1675i) module built-in, so there's that. Unless you're an upper-echelon gamer with insane reaction times, I think it's fine.

Performance is relatively modest and more or less in line with what you can expect from the combination of an Intel Core i7-12700H and NVIDIA GeForce RTX3060.

PCMark and 3DMark scores top out at around 7409 and 8603 (Time Spy) while more extreme games like Cyberpunk run at 60 fps in Full HD resolution.

Turbo mode generally gives you about eight to ten per cent more performance graphically and you have the flexibility to set profiles for the games to run with Turbo automatically.

Unfortunately, it also introduces infinitely more noise. It doesn't bug me but I'm sure it annoyed people around me. The Triton can get pretty warm even if you're not pushing its limits, but never uncomfortably hot to the touch. 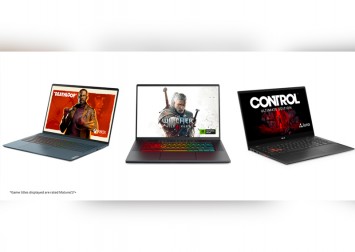 Ultimately, what makes the Triton 300 SE a standout is that it does reasonably feel like a one-size-fits-all laptop for people who love PC gaming.

Yes, it weighs a good 300g or so more than borderline ultraportable laptops, but no one's realistically expecting a gaming laptop in an ultrabook form factor anyway.

The battery life is good enough for almost a day's work; just carry a small generic 65W GaN charger that you can use universally for all your gadgets as a failsafe.

The bottom line is that the Triton 300 SE offers more hits than misses, and it's a compelling enough package for those who want to make a single laptop work for all their computing needs.

While it's true that you can buy similar Intel i7 and RTX 3060 laptops for way cheaper, the Triton 300 SE is offering a quality of life you never thought you needed-or was available.

For that matter, it's also cheaper than the lightweight gaming laptops that were mentioned earlier by around $300 thereabouts (though not necessarily the best performer).

I think I'm not too far off the mark with this: if you aren't aware that a gaming laptop can be this lightweight, you'll find the price ridiculous.

If you've tried this laptop in person, you might find it hard to accept anything heavier.