After viral post, minimart finds customer who was accidentally charged $1,397 instead of $13.97

An unfortunate mistake left a man unknowingly paying $1,383 more than what he was supposed to for his purchases at a minimart in Ang Mo Kio.

And since it was paid with a credit card, it was likely that he would have only noticed the expensive error sometime later after receiving his monthly statement.

What was fortunate though is that the management behind local convenience store chain Angel Supermart realised what happened and quickly went on social media to look for the customer.

What apparently transpired at the Angel Supermart outlet in Ang Mo Kio in the wee hours of Sunday (May 31) morning was that a cashier accidentally forgot to key in a decimal point in the purchase. So what was supposed to be a charge of $13.97 became an exorbitant $1,397 — quite a sky-high amount for what seemed to be a standard minimart run.

Once the management realised it, they put out an apologetic call on Facebook urging for any information on the customer so they could initiate a refund.

Eventually, they did find the customer. The man dropped by the outlet at 12.20am this morning (June 2) and accepted the apology. He even took a picture with the Angel Supermart team and received a VIP membership card (along with some free drinks and snacks) for his troubles.

The chain also said that the staff member who made the mistake has been disciplined and will have to pay for the transactional surcharge. “At the same time, staff will be given a nurturing environment to learn,” wrote Angel Supermart.

Praises were heaped on the management for their honesty and quick action taken to set things right. 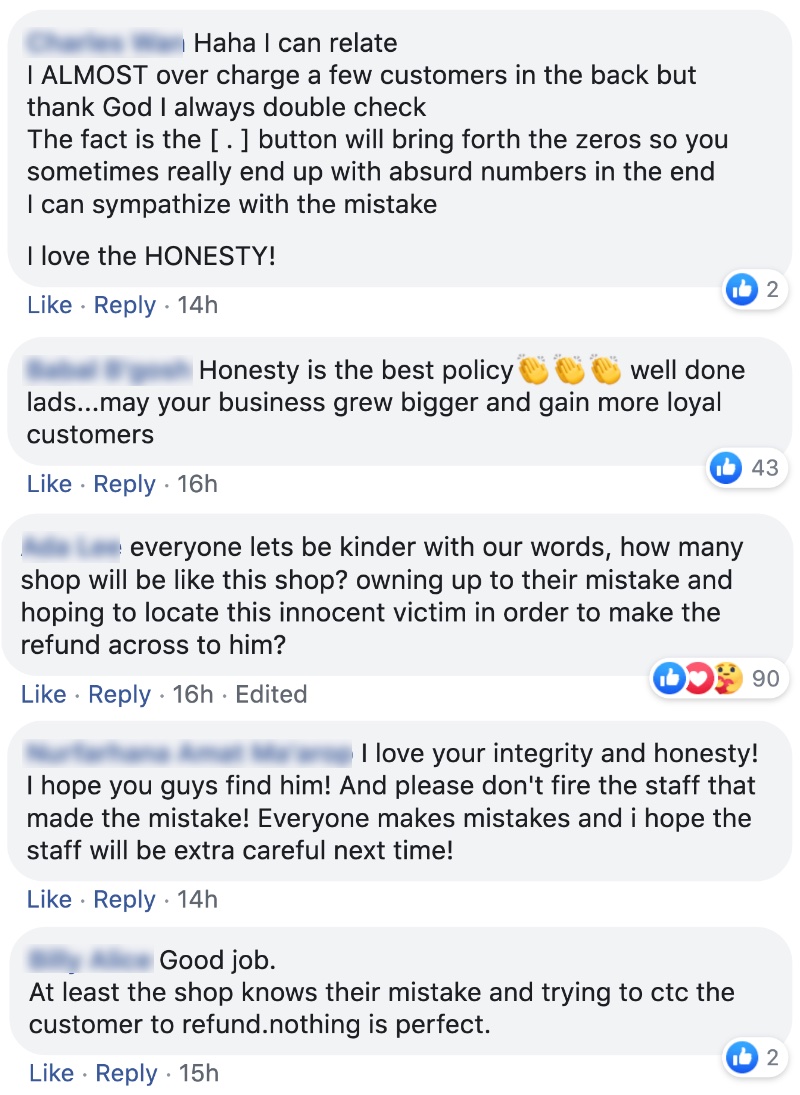