Previously, Google's Android team postponed the Android 11 Beta Launch Show as the US was focused on other important discussions at hand. Nevertheless, the Android 11 public beta is still on schedule.

Today, Google announced via their blog that the public beta of Android 11 is now available, along with what's new and how early adopters can try the new operating system out.

To try out Android 11's public beta version, interested users can go to this link to get started. A limited number of devices are eligible (beginning with the Google Pixel 2) and the roll-out is gradual.

Users can also opt-out of the beta at their discretion - all instructions and steps are available in the URL above.

Android shared some of the key user experience features in the same blog post, and below is a summary of what we found interesting.

Android 11 will now group all message-related notifications under a dedicated space. That means that conversations from messaging apps will have notifications in a single, dedicated Notification area.

Users can also mark specific conversations as a priority so that they will not miss messages even with Do Not Disturb enabled.

Additionally, Android 11 adds Bubbles, a feature that doesn't require you to step outside of your current active app for you to respond to messages. Users can open a bubble for a conversation via the Notifications tabs.

Interoperability with IoT (Internet of Things) devices is also more user-centric now. Long-pressing the power button will give the user access and control to smart devices in one panel. Android decided that this feature would allow users to control smart devices without the need to open individual, multiple apps for multiple smart devices. 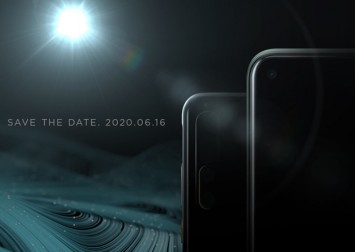 Songs and videos playing on an Android 11 phone can now be transferred to other devices, such as paired headphones, speakers, or TVs, via the new media controls in the operating system.

In the realm of privacy and security, Android 11 now offers more granular control for permissions when compared to earlier versions of the OS. Users can now grant one-time permission for apps to access specific functions, such as microphone, camera, location data, etc., and they will ask for permission each time it requires said access.

Apps that have been granted extended permissions will 'auto-reset' their privileges if you have not used the said app in a long time, and users can always re-grant permissions the next time the app is open.

While Google didn't share all the new features in their blog post, you can always see our previous articles on developer-related enhancements on Android 11 as well. Alternatively, you can always pop by the page for developers here.