Brisk sales of laptops, desks as people gear up to work at home

Shoppers at Sim Lim Square as parents snap up laptops in preparation for full home-based learning, on April 5, 2020.

Electronics, furniture and sports equipment retailers saw a flurry of activity over the weekend as consumers geared up for the coming month of working and studying at home.

Courts said sales more than doubled last Friday after Prime Minister Lee Hsien Loong announced that non-essential businesses would close from today to May 4, with stores remaining busy through the weekend.

Laptops, freezers and home office-related furniture items were among the top sellers.

Similarly, many lower-priced laptops were sold out at Harvey Norman outlets in Parkway Parade and Hougang Mall yesterday.

Madam Joey Chu, 42, had hoped to buy a new laptop for her Primary 1 son for home-based learning, but decided against it when she saw that only models priced at $1,500 or more were in stock.

She said: "I think I'll just share my personal laptop with him for now, and purchase a cheaper one online later on."

Meanwhile, sales at Swedish furniture retailer Ikea on Sunday were up 20 per cent compared with the same day last year, as patrons snapped up items such as work desks and chairs.

The surge in sales at Ikea last weekend capped off an entire month of brisk sales in home office equipment, as groups of Singaporeans began telecommuting weeks ago. Sales of workspace furnishings were up by 66 per cent over the last four weeks, compared with the same period last year for Ikea, it said.

Others visited stationery and bookstores to purchase accessories and assessment books for their children. A spokesman for Popular bookstore said sales increased over the weekend.

Read Also
Covid-19 circuit breaker measures: What you can and cannot do for the next one month 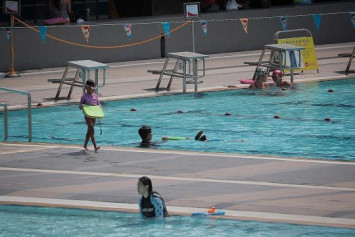 Aibi, which produces and distributes treadmills and elliptical trainers, said sales have increased by up to 300 per cent though the Singapore firm is bracing itself for the costs of closing its stores here for a month.

Human resource executive Kenneth Teo, 31, was one of those who scrambled to shop for fitness equipment: "Now that gyms and fitness studios are closed, it is time to equip myself if I want to exercise and stay healthy."

Many retailers said that though their stores will be closed, their online shopping websites will continue to be operational.