But they suggested capping registration fees at a lower level than the $20 recommended by the Unmanned Aircraft Systems Advisory Panel.

The users also said that recommendations from the panel, if accepted by the Transport Ministry, would enable the public to feel more assured about drones.

The recommendations were announced on Tuesday. They are part of measures to tighten control after two illegal incursions disrupted operations at Changi Airport in June that led to 55 flight delays and eight diversions. 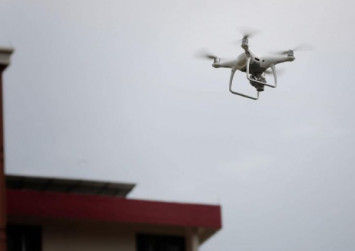 The advisory panel which came up with the recommendations was set up by the Government to propose a framework to regulate drone use.

Other recommendations include how the registration regime should cover all unmanned aircraft, whether commercial or self-assembled and that a reasonable grace period of three months should be given to encourage registration.

Mr Farhan Tahir, one of the administrators of the Universal Drones - Singapore interest group, which has almost 7,000 members, said he agreed with most of the recommendations made by the panel.

He said: "I think it's necessary to be able to identify drones if they have been caught going against the regulations.

"It would help identify errant drone pilots, who sadly affect other law-abiding ones."

Mr Mark Yong, chief executive of drone operations platform and solutions firm Garuda Robotics, said: "Coming from the industry perspective, we believe drones should be regulated because people need to see them as aircraft, not toys."

Mr Yong noted that the recommended safety requirements would not make a significant difference for commercial drone operators given that they already have safety standards to meet, but could hit them hard in terms of costs. He said: "We pay for the operator permit and activity permits... I hope fees for operators could be more reasonable."

Lecturer Scottz Lip, 42, who teaches his students how to operate drones as part of the environmental and water technology diploma at Ngee Ann Polytechnic, said a registration regime would create a touchpoint for new drone users to learn about regulations, risks and benefits around drones.

But he added: "Considering the risks of not doing registration, and the benefits of doing it, I think it would be a good thing if the cost could be waived initially to get more people on board."

Countries such as Canada, China and the United States have already introduced mandatory drone registration regimes. The United Kingdom and Australia plan to do so.

The UAS Advisory Panel said that in most of these countries, the take-off weight is used as the primary criterion for drone registration, with 250g a common weight threshold requiring registration.

But the age benchmark varies.

The minimum age for registration is 13 in the US, 16 in Australia and Ireland, 18 in the UK and 21 in the United Arab Emirates.

In all these registration regimes, drones are issued unique identifications, but requirements on how the numbers are displayed differently.

All drones in Singapore will likely have to be registered before the end of 2019. This was one of the new measures...

The regimes also allow for registrations through online portals. But registration fees vary, ranging from $7 to $45, in contrast to the proposed $20 by the UAS advisory panel.