How to create your own voice-controlled smart home

A smart speaker is a great way to start building a smart home filled with Internet-connected gadgets that can be respond to your voice commands.

For most Singapore users, the Google Assistant is the best choice as it can understand the Singaporean accent.

Rival Alexa is not supported here and while Siri is available on Apple phones and tablets, Apple's HomePod smart speaker is unavailable.

There are valid reasons to choose Alexa - it supports the most number of smart home devices, for one thing.

Apple's focus on privacy - encrypted video feeds from home security cameras are sent to Apple's iCloud servers rather than to the camera maker's servers - may also appeal to some users.

But for the sake of brevity, The Straits Times shows you how to control a smart home with the Google Assistant.

In Singapore, Google sells only the Nest Mini and the Google Home smart speakers.

The Nest Mini ($79) offers improved bass over its predecessor, but it remains as compact and affordable as before.

For those who care more about audio quality, there are several Google Assistant-compatible smart speakers from third-party vendors.

Sonos makes the One ($329 from Amazon and Lazada), a compact wireless speaker, and the Move ($729), a battery-powered portable speaker.

Other smart speakers available in Singapore include the JBL Link series of voice-activated speakers (Link 10, Link 20, Link 300 and Link 500) and the Klipsch The Three ($799 from Amazon and Lazada) speaker. 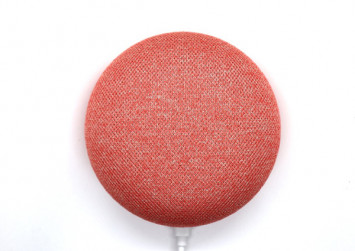 These speakers aside, there are other smart home devices that support Google Assistant and have built-in microphones to listen for your voice commands.

A smart display has a touchscreen for viewing photos and videos. One can tap the display to control smart home devices.

In recent years, selected television models from the likes of LG, Philips and Sony, especially those powered by the Android TV platform, support Google Assistant.

To summon the voice assistant, you typically press a button on the TV remote before saying the command.

This is unlike smart speakers that are always listening out for the "Hey Google" wake phrase.

GET THE GOOGLE HOME APP

Once you have a smart speaker, download the Google Home app (available for iOS and Android) on a smartphone.

The first thing is to create a "home" and add your smart home devices to each room accordingly.

This is to ensure that Google Assistant knows, for instance, that Smart Light A and Smart Light B are both in the same room, so that it can switch off both lights when asked.

To set up a smart home device from a third-party vendor, use the manufacturer's own mobile app, which usually involves creating a user account. 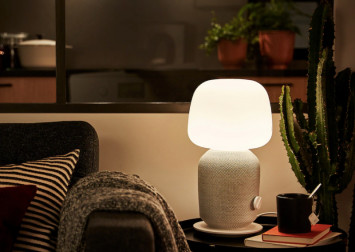 Once this step is completed, you can add the smart home device to the Google Home app.

A compatible device should have the "Works with the Google Assistant" branding.

This step requires linking your Google account to the user account created for the smart home device.

Invite others in the same household using the Google Home app to give them control over the smart home devices.

You should also set up the preferred music and video providers, such as Spotify and YouTube, to be used by Google Assistant, by linking these media accounts in the settings with your Google account.

SET UP YOUR ROUTINES

After setting up your smart home devices, you can make them work together through routines. 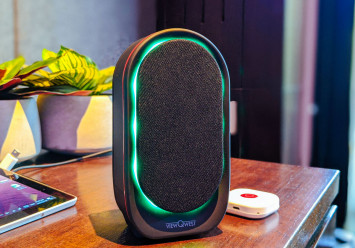 For instance, a routine called Bedtime could - when you say, "Hey Google, night night" - switch off your smart lights, arm the home security camera to detect intruders and play soothing sounds on the smart speaker.

The Google Assistant comes with six pre-made but customisable routines in the Google Home app.

You can also easily create your own routine from scratch by going through a checklist of possible actions, depending on the smart home devices you have.

Now that you have set up a smart speaker, here are some compatible smart home devices to consider.

As the gateway to the Internet, the router is a necessity.

Using Google Assistant, one can, depending on the router, perform tasks such as rebooting the router and announcing the guest Wi-Fi password.

Google's Nest Wifi mesh system, which consists of a router ($229) and one or more wireless nodes dubbed Wifi points ($199), is The Straits Times' pick.

Not only does it play nice with Google Assistant, the Wi-Fi point has built-in speakers and microphones that let it double as a smart speaker.

Major networking firms such as Netgear and D-Link also sell routers that are compatible with the Google Assistant.

A smart bulb is likely the first smart home gadget for most users.

With a smart speaker, one can easily switch smart lights on or off, dim their brightness or change the colour of the bulbs.

Philips' Hue range of smart lighting is one of the first names in this category, but they are pricey and most of them require the use of an additional hub.

For a more affordable option, The Straits Times recommends Yeelight smart bulbs, which start at $39.90 (from Amazon and Lazada) and work with both Google's and Apple's voice assistants.

Switch on or off home appliances with a smart plug that can be controlled using an app or a voice command.

For instance, a smart plug can be set to turn on a plugged-in kettle at a specific time each morning, so that there is always hot water when you wake up.

The Straits Times recommends the TP-Link HS100 Wi-Fi smart plug ($44 for two from Amazon and Lazada) as it works with Google Assistant and Amazon Alexa.

For a slightly higher price, the TP-Link HS110 Wi-Fi smart plug ($32 from Amazon and Lazada) has the additional ability to monitor the power consumption of a connected device.

One of several tasks you can try with a Google Assistant-compatible security camera is to stream the camera's video feed to a television.

If you have the budget, the Arlo Pro 3 ($899 for a two-camera pack from Amazon and Lazada) is The Straits Times' pick with its slick app, excellent video quality and smart detection features.

But there are several cheaper alternatives to consider, such as the Mi Home Security Camera ($59.90 from Amazon and Lazada).

Smart sensors that can detect motion, temperature, brightness and humidity are key to making a home truly smart.

The information collected by these small, low-power sensors is sent wirelessly to a smart hub, which collates and uses the data as triggers for specific actions. 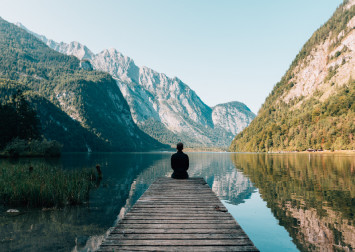 For instance, a smart bulb switches on automatically when a motion sensor detects a person in a room.

It is thus up to the user to make use of the information to automate tasks via a companion app.

An inexpensive smart sensor kit to consider is the Mi Smart Sensor set ($109), which comes with motion and door/window sensors, a smart plug and a smart hub.