Created for your everyday work and leisure needs from designing to editing and reading on-the-go, the all-in-one Huawei MateBook E will be landing in Singapore on May 29.

Huawei Singapore is bringing the MatePad (2022) and MateBook E to Singapore. That's plenty of Huawei devices, and here's why.

In 2021 alone, Huawei brought us the MatePad T 10s, the Kirin-based MatePad (2021), a Snapdragon-based MatePad 11, and the MatePad Pro (2021). If you look at these tablets, you'll realise that Huawei's product approach seems really targeted at dethroning specific models of popular tablets in Singapore.

It has an answer for casual users with mid-range panels, and is not shy about adopting the "Pro" moniker to drive a certain message home.

What's also clear is that one cannot judge a MatePad based on its name itself, since the brand doesn't seem to follow any naming rules or conventions. This is further proven with the new MatePad (2022) and MateBook E, both of which share a tablet form factor with very different operating systems and use cases.

We've covered the gamut of Huawei's MWC 2022 announcements over here, if you're curious about what other devices Huawei may have overseas. For now, let's see what the tablet-styled devices offer to Singapore.

The Huawei MatePad (2022) is a HarmonyOS-based tablet running a Kirin 710A mobile processor. Of course, Huawei won't publicly state that HarmonyOS is a fork based on Android OS, but knowing that it runs on a familiar operating system helps puts to ease any concerns about its learning curve.

Also, the core specs make the new MatePad a conventional mobile tablet with mid-range prowess, similar to a Xiaomi Pad 5. 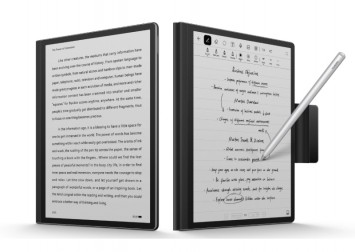 A big draw of the tablet is its massive 7,250mAh battery with 22.5W Huawei SuperCharge. The firm said it could grant up to 12 hours of continuous local HD video playback (which means straight from your tablet's file storage at 720p). The fast-charging profile also ensures it can be fully juiced up within 2.5 hours.

Other features included are its compatibility with a separately sold 2nd-generation M-Pencil and its Harman Kardon-tuned quad speakers. Supported connectivity options include Wi-Fi 802.11ac (Wi-Fi 5), Bluetooth 5.1, and USB-C with USB 2.0 profile. The tablet's spec sheet doesn't state if it has NFC or IP-rated water resistance.

Since it's based on HarmonyOS, you're getting Huawei Mobile Services and the default Huawei AppGallery app store. You'll have to accept that it lacks Google Mobile Services or the Google Play Store, or that it lacks support with certain popular video streaming services (even if you can get the app sideloaded).

It goes on sale from April 29 onwards at Huawei Authorised Stores, select consumer electronics retailers, and Huawei's Lazada and Shopee storefronts. Each purchase comes with free gifts — a Huawei Smart Magnetic Keyboard and 2nd-gen M-Pencil (worth $326) while stocks last.

The Huawei MateBook E is a different beast despite its tablet-like form factor. In essence, it's a "2-in-1 tablet hybrid" that runs on the Windows 11 operating system, replete with an 11th-gen Intel Core processor and a 10-point touchscreen.

Clearly, it has taken a page from the Microsoft Surface Pro, which is a similar device with the same touchable display and form factor. The Huawei MateBook E is compatible with Huawei's Smart Magnetic Keyboard and the 2nd-generation M-Pencil, if you need a laptop-styled input.

It's no slacker in performance either, since the MateBook E has Intel Iris Xe graphics on-board, 16GB RAM (LPDDR4x) with 512GB storage (NVMe PCIe SSD).

Of course, the form factor is the device's main draw, so people who want to travel light can appreciate its 709g weight and 7.99mm slimness (not including the detachable keyboard).

Connectivity options include Wi-Fi 802.11ax (Wi-Fi 6), Bluetooth 5.1, USB-C, Thunderbolt 4, and a 3.5mm audio jack. There's an 8MP front and 13Mp rear camera for video conferencing, with quad microphones and quad speakers to better pick up your voice. The device comes with a 42Wh battery.

ALSO READ: Huawei's new Super Device feature will let its products work more closely and seamlessly with one another

Huawei MateBook E's retail points are a little special from the other Huawei devices, where it's exclusively available only via Challenger at selected outlets islandwide.

Purchasing them at select Challenger stores also get free one-year subscription to Microsoft Office 365 (worth $108). Alternatively, you can find them at Huawei Authorised Stores, but you'll miss out on the Challenger promotion.

The device retails at $1,998 and it comes with a free Huawei Smart Magnetic Keyboard and 2nd-gen M-Pencil (worth $496).