'I regret this': Woman who led 'demonetise Xiaxue' campaign retracts all statements made

The woman who ran a boycotting campaign against local blogger Xiaxue has now retracted her statements and expressed remorse over her actions.

Elouise Quek posted a Twitter thread yesterday (Nov 4) in what appears to be a statement of regret as a result of a legal battle between the two parties.

Sometime in July this year, Quek crafted and publicised an email template as part of a concerted effort to "demonetise" the social media influencer, who had sparked controversy at the time for her remarks against Sengkang GRC MP Raeesah Khan during the general election period.

The remarks — on top of Xiaxue’s past contentious posts about about Islam, Bangladeshi migrant workers, obesity and transgender people — sparked an internet campaign against the 36-year-old influencer.

On her part, Quek was behind a Google document containing a template message to be sent to brands and companies that have endorsed or utilised Cheng’s services, which was widely spread and successfully caused some of them to drop their sponsorships and publicly distance themselves from Xiaxue.

In response, Xiaxue waged a legal battle against Quek, invoking the Protection from Harassment Act. With the help of law firm Eugene Thuraisingam LLP, Quek defended against the proceedings, as per Coconuts Singapore.

But now, Quek has admitted that some of her posts on social media were “untrue”.

edge that while it was my right to air my opinion about her content, I should not have started an online campaign calling for Xiaxue’s sponsors and business partners to stop working with her.
I am sorry that my conduct has caused Xiaxue distress, loss, and damage. I also (4/x)

“I understand and realise that the allegations have caused Xiaxue to suffer financial losses and I regret this,” Quek wrote, adding that she had the opportunity to sit down and hear the blogger's views.

“I now accept that some of my posts were untrue because they were based on posts that were selectively taken out of context.” 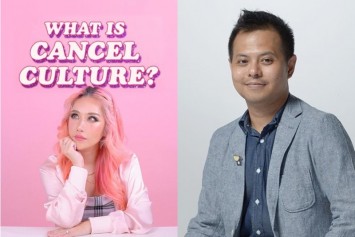 Quek acknowledged that though she had the right to express her dissent over Xiaxue’s content, she should not have started an online campaign that called for the blogger’s sponsors and business partners to stop working with her. It would also appear to be that Quek is no longer allowed to make any comments against the blogger anymore.

“I am sorry that my conduct has caused Xiaxue distress, loss, and damage. I also retract all the allegations and statement I have made about Xiaxue, and promise not to make any false, untrue or insulting allegations/statement about Xiaxue in future.”

Xiaxue has since issued a statement about Quek’s public apology and mentioned that she is “very happy with the outcome”. The blogger also revealed that she successfully got two expedited protection orders against Quek.

However, she took issue at being called the bully by netizens who accused her of silencing Quek.

“This is ludicrous. I do not know this person nor have done anything personally to her. Yet when she struck the first blow by causing me, my clients and my employees' significant distress, I am the bully? Is this a joke?” she wrote in an Instagram post.