M1 launches 5G standalone network with 50% coverage across the island

M1 users, your time for 5G standalone (5G SA) is now. The telco at the orange camp on Monday (July 27) officially announced its consumer market trial for its 5G SA network, marking it as the official public launch of M1's consumer 5G SA services.

Dubbed as M1 True 5G, its 5G SA network is said to offer 10 times the speed of its own 4G network, and is 50 per cent more responsive than both its 4G and 5G non-standalone (5G NSA) network, the latter of which was launched in September 2020.

Also, M1 customers on its new 5G SA network get to be one of the first users in the world to use Voice over 5G New Radio (VoNR).

“Customer centricity is at the heart of everything we do at M1 and we are thrilled to introduce the revolutionary True 5G network that will enable all our customers to live, work and connect better. Being Singapore’s first network operator to move our entire back-end system to a cloud-native platform, we will be able to unleash the full potential of 5G by riding on 5G SA’s cloud-native architecture to create the latest and most superior services available in the country. The commercialisation of 5G SA unlocks new business opportunities and revenue streams for us, while bringing about revolutionary advancements across various industries. It is also in line with Keppel’s Vision 2030, which includes empowering communities with digital connectivity,” said Mr Manjot Singh Mann, Chief Executive Officer, M1.

Both 5G SA and 5G NSA offered by our local major telcos are all genuinely 5G - the difference comes from the networking equipment used to push out 5G speeds.

The need to install new equipment for 5G SA is largely why all three telcos require time to deploy the network around Singapore, and M1 is not excluded from this meticulous process.

Previously, M1 said that their 5G SA network relies on Nokia’s 5G Core infrastructure and technologies. The telco has been working on 5G trials as early as 2018, with 15 trials and use cases across consumer, enterprise, and government sectors.

According to M1, its 5G SA network covers “about 50 per cent” of Singapore, including our Central Business District (CBD) and Marina Bay Financial Centre.

In a separate conversation with M1, we understood that the telco pegs its top 5G SA download speeds at approximately 1Gbps.

To celebrate this major 5G milestone, M1 is offering an exclusive launch promotion available both online and in-store. 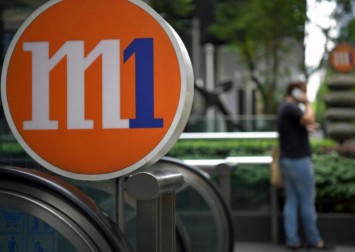 Users on Bespoke Contract plans costing $78.95 (or higher) per month will also pay $15/month and receive an additional 25GB per month for 5Go Plus Booster.

However, these users receive six months of 5Go Plus Booster for free.

Users who are on Bespoke Unlimited data plans pay only $5/month for 5Go Plus Booster, with three or six months free 5G SA depending on the plan.

Finally, M1 is also offering $5/month extensions of its 5Go Booster regardless of the plan type the user is on until the end of 2021. The free months and discounted 5G SA extensions are launch promotions, but M1 did not specify when the launch promotion ends.