Made in Singapore: Tech brands and products you might not know were launched by locals

Singapore’s 55th year of independence would have been a pretty big event if not for... everything else that’s going on in the world.

Still, a global pandemic doesn’t diminish the significance of National Day. The show must go on, even if things are pretty scaled-down and subdued this year.

Now, more than ever, we should be commemorating the people that have made Singapore proud over the years. Especially so for the ones paving the way in the realm of technology because we are a pretty future-forward nation, after all.

Here's a non-exhaustive list of innovative gadgets and gizmos that emerged before our independence and since then. 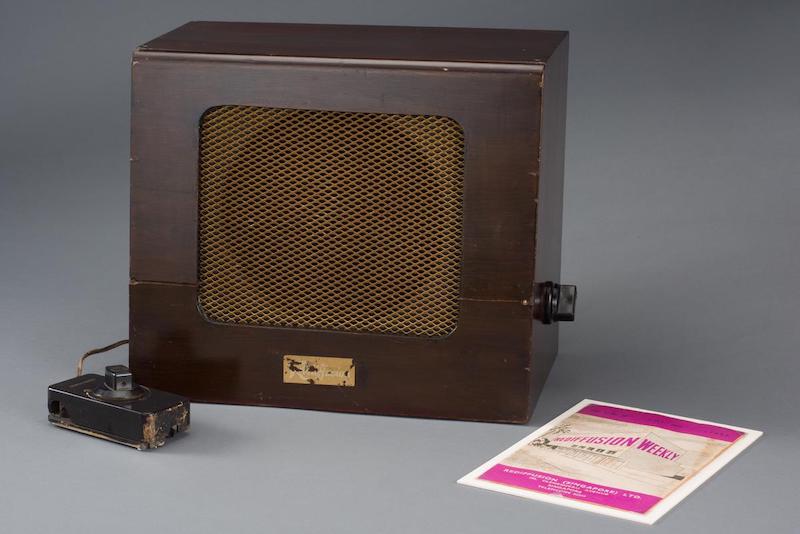 Way, way before Spotify, Singaporeans were already subscribing to music. Rediffusion was the nation’s first commercial — and the only cable-transmitted — radio station that garnered over 9,000 subscribers within a few months after launching in August 1949. The subscription rate was relatively affordable (in the old days) at $5 a month, and special Rediffusion radio sets were set up in coffee shops. Folks would gather around these old-timey radios to listen to American rock ’n’ roll as well as stories masterfully narrated in various Chinese dialects.

The following really was bonkers — Rediffusion subscribers reached up to 90,428 by 1977. Free-to-air radio was among the reasons why it faded away, but the biggest one was because of the Speak Mandarin Campaign, which obliged Rediffusion to cease all dialect programmes by 1982. 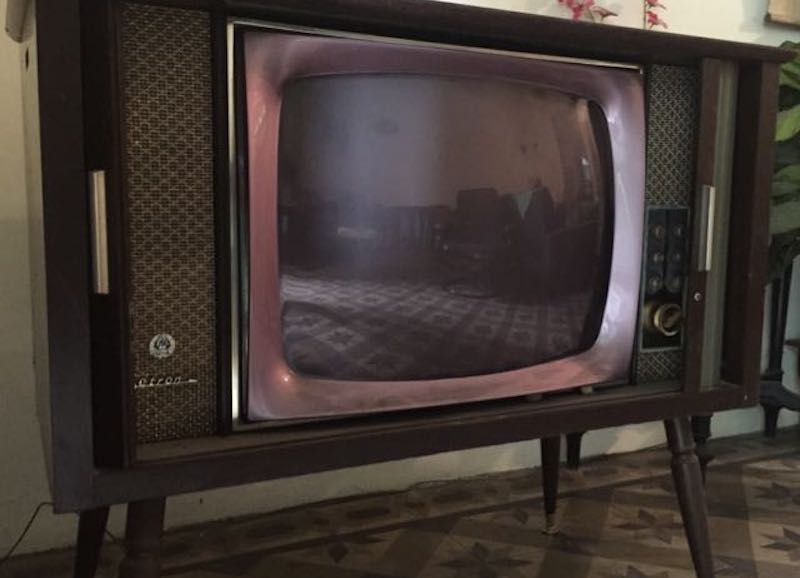 It’s no 4K Sony Bravia, but the TV set produced by Setron Limited was the first-ever Singapore-assembled black-and-white TV set. Setron was even granted pioneer status by the government, being the first electronics plant at the dawn of an industrialising Singapore. While component parts were imported from Belgium, the assembly itself was carried out in Setron’s factory at Tanglin Halt. By 1966, one in six local households owned a Setron TV set. Being a bulky, boxy thing, the TV sets were also shelves that owners draped lacy doilies over and put their picture frames on. 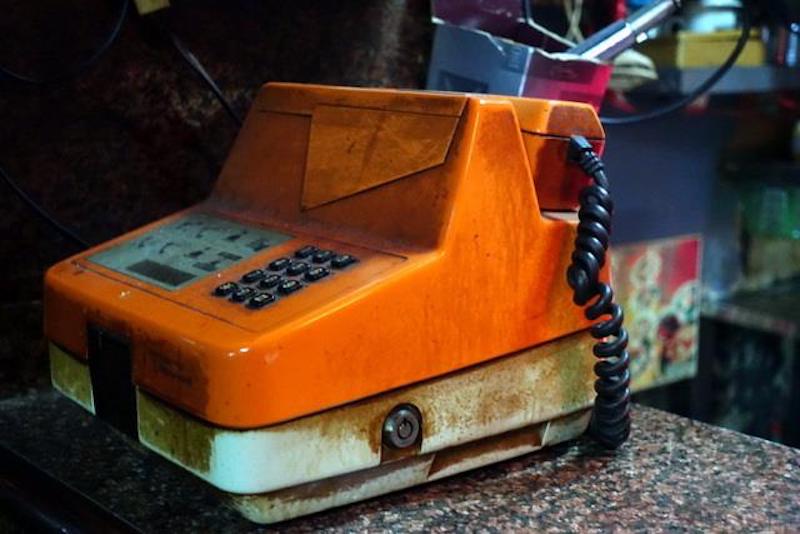 Oh hey, these iconic things actually have a name! Kids, in the old days, we had to call each other with this thing called a landline, and if you’re out and about, there are these things called public telephones. You either put coins in ‘em or you used phone cards, which store a fixed amount of money to make calls, be it local or international. In 1971, the Singapore Telephone Board (which would eventually merge with another entity to become Singtel) introduced their Coinafon, the squarish orange payphone typically located near provision shops, convenience stores and hawker centres. These things are so vintage that they’re considered collectables now. 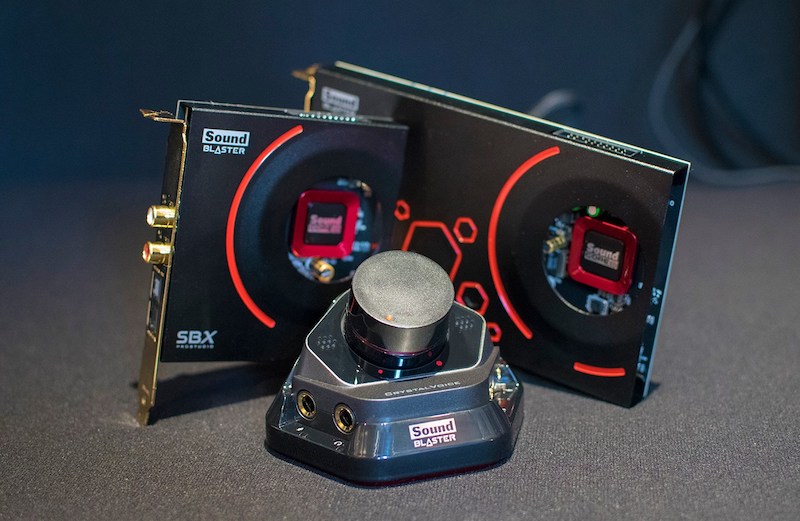 Ah yes, the first proper tech giant coming out of Singapore. Founded by Sim Wong Hoo, Ng Kai Wa and Chay Kwong Soon, the company first tried its hand in making personal computers, including one called the Cubic CT, which had Mandarin-language capabilities. That failed to be a hit, and Creative pivoted to developing sound cards for PCs. It found success in Silicon Valley, and soon the Creative Sound Blaster became a de facto standard for audio-processing cards in the booming multimedia PC market.

With that success, Creative started getting into the digital audio player space, and your first MP3 player (if you weren’t able to afford iPods) was probably a MuVo or a Zen. The company’s still in the audio hardware industry today, but it’s now probably more known for its relentless legal battles with other tech companies such as Samsung and Apple over patent infringement. Oh, and this old meme as well. 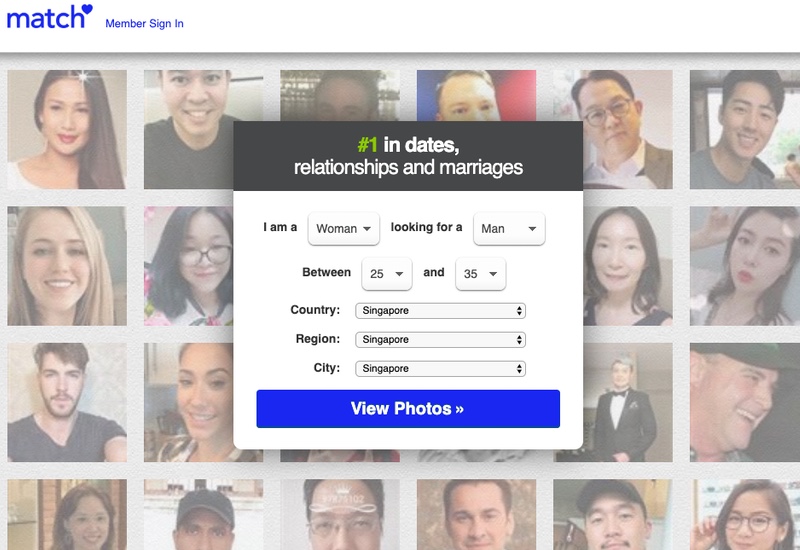 The old days of online dating services were not as swipe-y as it is today, but it existed. Match.com was one of the first pioneers of online dating, and behind it was Gary Kremen and Singaporean Ong Peng Tsin. The company also pioneered the subscription model that’s now prevalent among other online dating services. While Ong is no longer involved with Match.com, the service is now under the ownership of Match Group, which also owns Tinder, OkCupid and other online-dating apps. 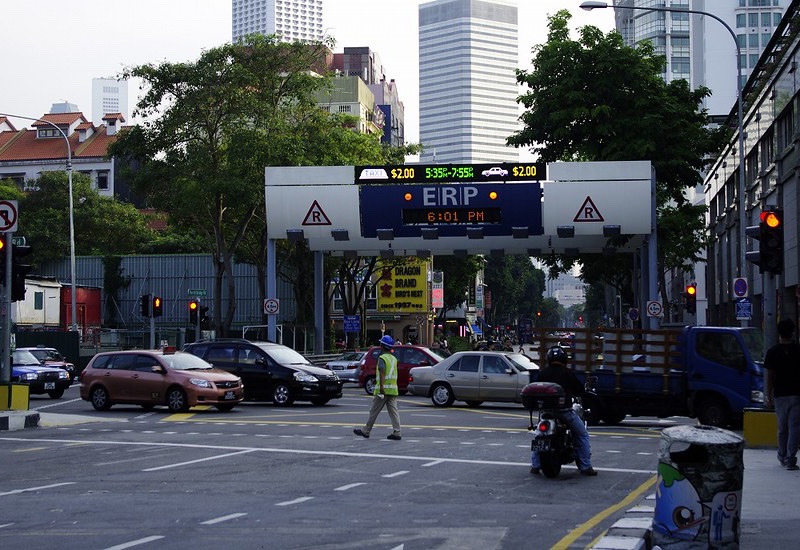 The transportation innovation beloved by all Singaporeans. Instead of installing toll booths on roads, the Singapore government instituted dynamic electronic tolls with charges that can be raised or lowered according to time and congestion levels. The first ERP gantry popped up in 1998 along the East Coast Parkway, and with that, the mandatory installation of cash-deducting devices called In-Vehicle Units in every Singapore-registered vehicles. The message was pretty clear — if you want to drive in Singapore, you’re paying for it. 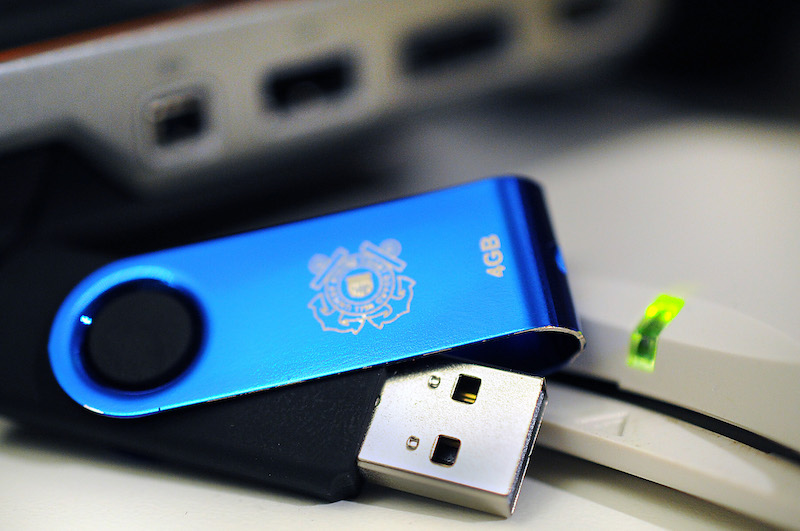 This one’s pretty contentious though. The invention of the humble ThumbDrive is credited to Singaporean tech company Trek 2000 International. But then there’s also a patent filed in the United States by Israeli company M-Systems in 1999 that was titled “Architecture for [USB]-based Flash Disk”. Then there’s IBM, which filed an invention disclosure later that year for its own flash drive. But it was Trek that made its ThumbDrive the first commercially-available product in 2000, and its legacy continues today.

The reason why we acknowledge Singapore as ground zero for the creation of the USB flash drive is that Trek managed to score legal victories against four other companies over patent infringement. Even so, ThumbDrives are slowly becoming obsolete thanks to the prevalence of cloud storage today. 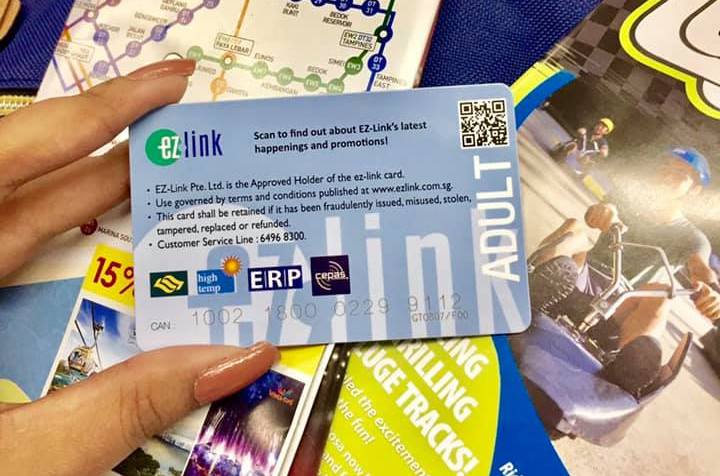 EZ-Link cards have been around for so long that we nearly forgot the bendy little things we used to slot into machines when riding buses and trains. Anyway, the Land Transport Authority launched the contactless smart card for use on public transport in 2002, and tapping in and out is much faster — unless you’re one of those who refuse to take the damn card out of your bag. But aside from using it for public-transport rides, EZ-Link’s functionality has been expanded to other usages, including vending machines, hawker centre food and ERP tolls. 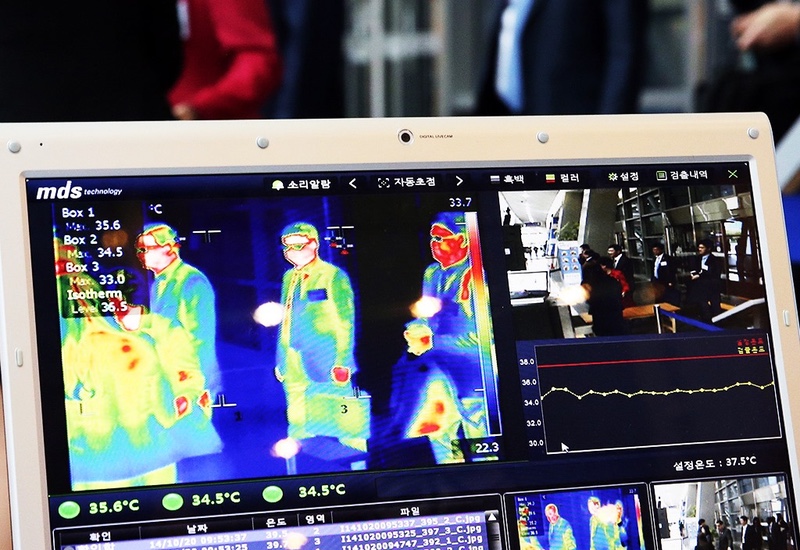 In response to the SARS outbreak scare in 2003, the Defence Science & Technology Agency teamed up with Singapore Technologies Electronics to conceptualise the Infrared Fever Screening System. We don’t want to get into the weeds of wavelength theories and the mechanisms of heat loss, but this Singapore-made system can basically screen large groups of people for feverish individuals through thermal imaging tech. 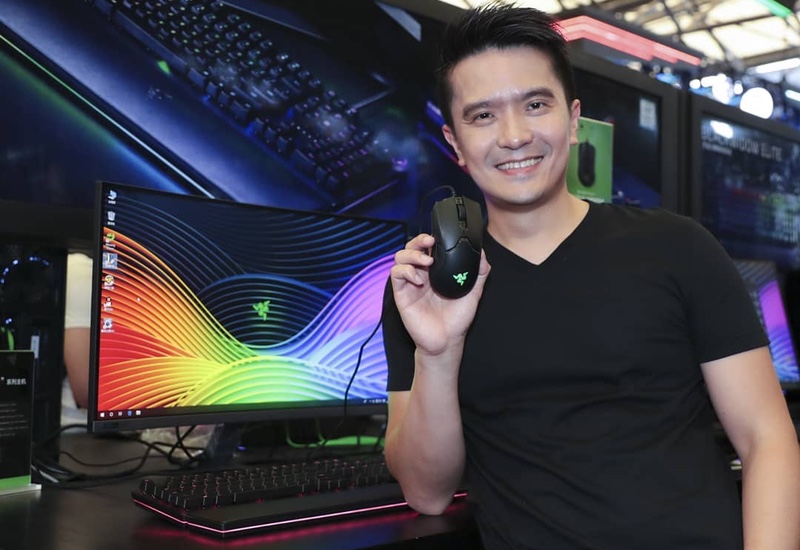 Razer actually formed in 1998 to launch a high-end PC gaming mouse called the Boomslang, but the current iteration of the gaming hardware company is thanks to our boy Min-Liang Tan and his associate Robert Krakoff after they procured the rights to the brand. After finding success through multiple variations of chic RGB-lit gaming mice and keyboards, Razer started producing other hardware, including high-performance laptops, phones, and soon, toasters. But the company’s cult following wouldn’t have been possible without its affable CEO Min-Liang Tan, a frequent commenter on social media (who isn’t afraid to respond to everyone), as well as a hardcore gamer through and through. 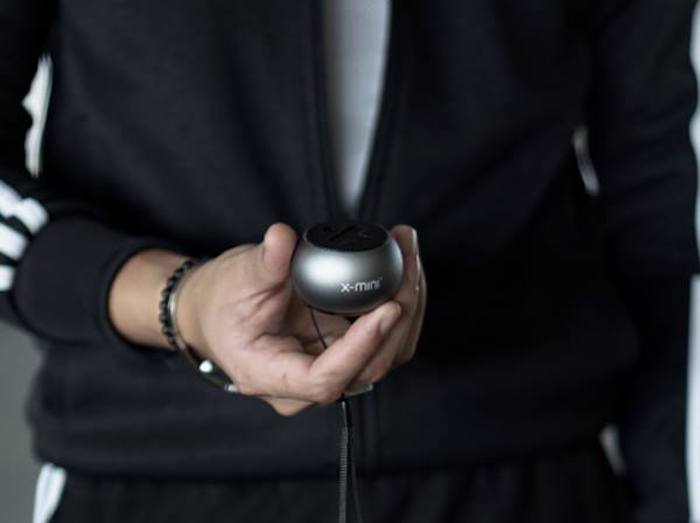 The boombox of old might not be as sophisticated as those of today and the X-Mini rode the wave of a growing demand for portable Bluetooth speakers. Launching in 2006, home-grown company XMI had revolutionised the portable-audio scene by developing a brand new type of speaker: the first one that could fit in your pocket. With its iconic capsule speakers, the industry pioneer is built on a product mantra which has not diminished over the years — “great sound in small forms”. 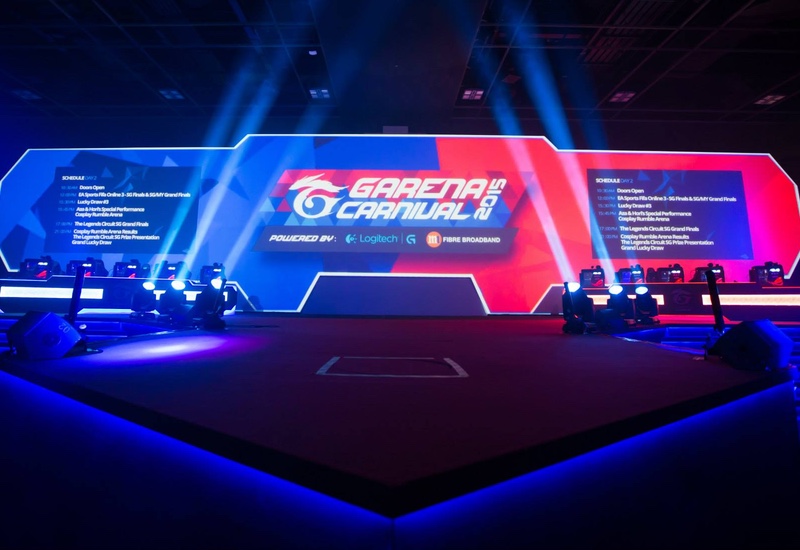 In the flurry of mouse clicking during a ranked game in League of Legends, you might not have realised that the multiplayer platform Garena+, where users do their social networking, had been created in Singapore. Thanks to Forrest Li, homegrown Garena was formed in 2009 and has been growing continuously since. Tapping into the burgeoning mobile gaming scene in 2014, Garena has continued to make inroads as one of the most prominent game publishers in the region. Besides publishing free-to-play games, such as Fifa Online 3 and Heroes of Newerth, the organisation has branched into online payment, social networking and e-commerce. 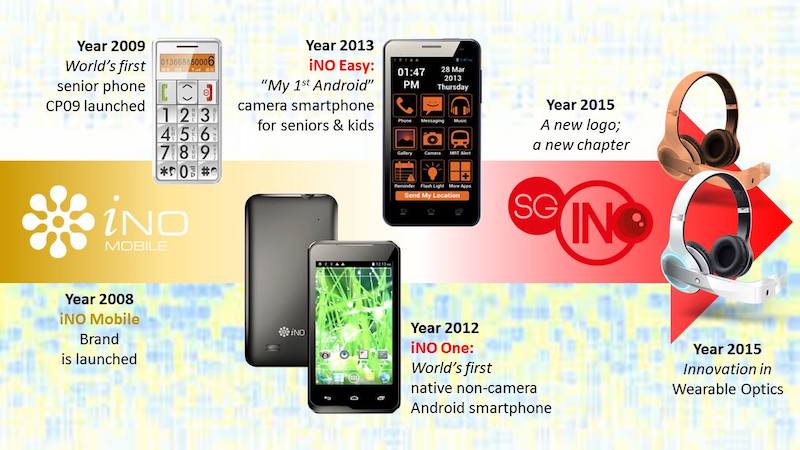 Every mobile brand in the saturated market has been targeting the needs of the tech-savvy millennials, so why not have one for the elder generations? Apparently, it seems we do have our very own smartphone brand and its debut effort in 2009 had been a mobile phone that pretty much looked like a candy bar calculator dressed in white with oversized keys. With the elders in mind, the basic phone comes with no frills, but only a siren, torch as well as an SOS button. 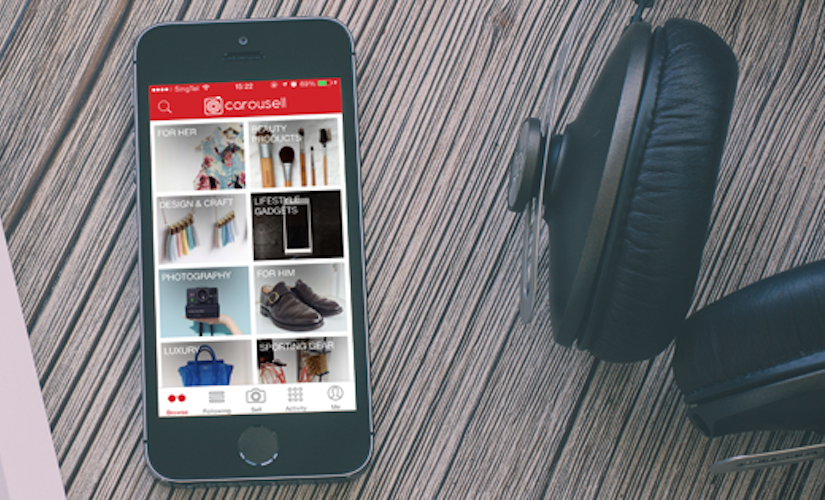 Sure, sites like eBay and GumTree have always been around, but it was Carousell that made buying and selling used or unwanted items a breeze with a user-friendly mobile app. Pictures of products can be uploaded straight to the online marketplace and sold directly to interested customers. Of course, its meme-worthy moments have captured the continued fascination of the local community as well. Nothing like a bit of Carouhell schadenfreude to perk up your day. 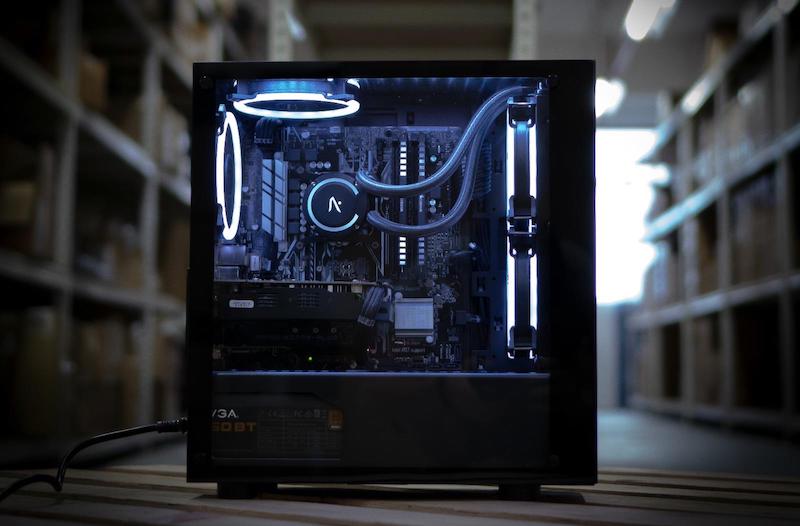 Aftershock has always been about the PC Master Race, and since 2012, its team of hardware geeks and gamers have been delivering high-end custom rigs that can handle the requirements of any video game. It helps that the machines they assemble are drop-dead gorgeous too.

The success has led them to put their fingers in other pies too, including gaming laptops, affordable-yet-powerful monitors and a series of electric height-adjustable standing desks. Don’t sleep on ‘em. 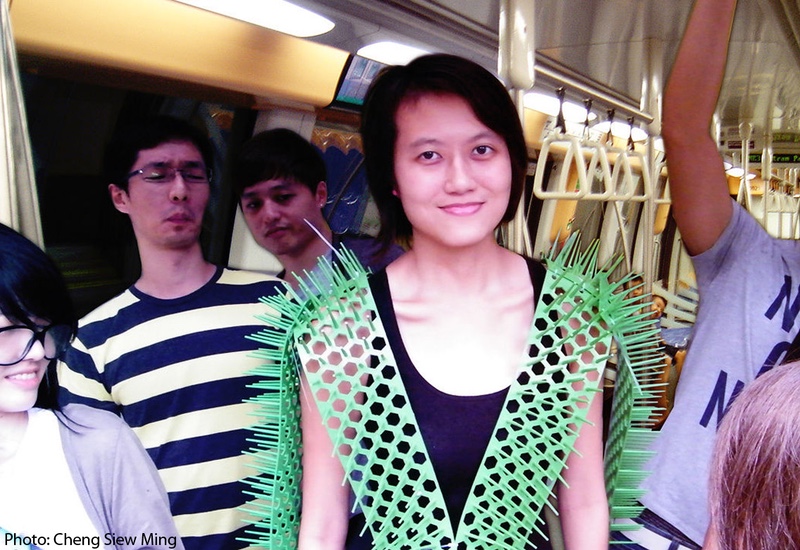 Nothing too techy about this, but what a great (and highly ridiculous) invention to fend off people from getting all up in your personal space. 10/10 would buy. 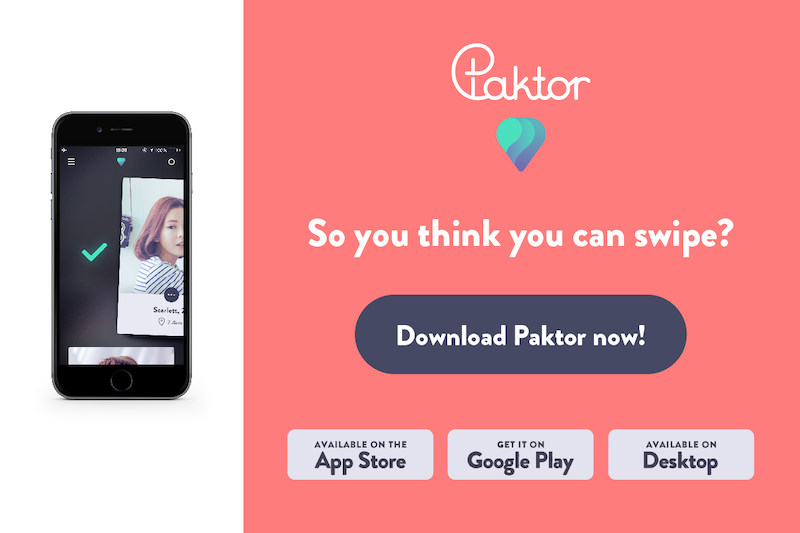 Singapore’s answer to Tinder works pretty much the same way as Tinder, in which one simply swipes through profiles and chat after matching. It’s simply another option for online dating and social networking, and one that managed to garner over a million registered users in Singapore, Taiwan, Malaysia, Indonesia, Vietnam, Thailand and South Korea. 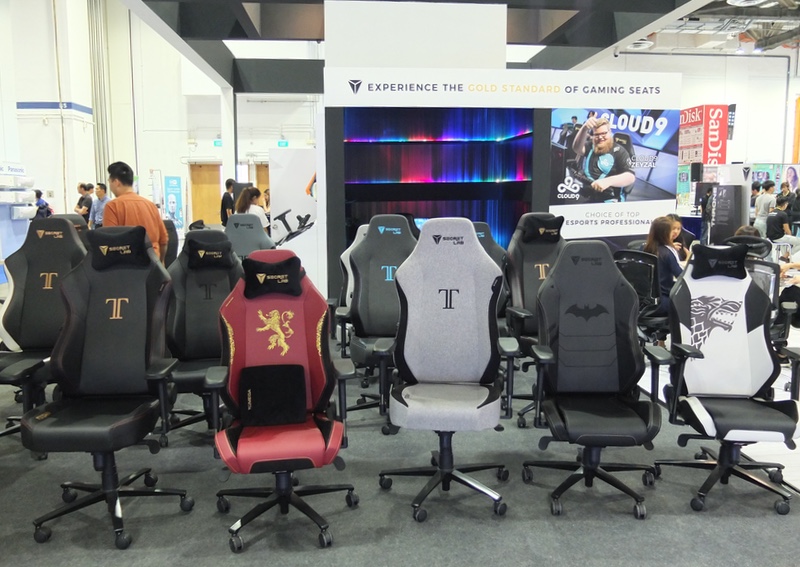 An issue that every gamer would face in their life: getting comfy in a seat for long hours at a time. Secretlab found a solution to that in 2014. Founded by a pair of competitive Starcraft II gamers with the mission to create the ultimate seating experience for gamers, their Throne line of chairs was launched in 2015 and it sold out within two weeks. It’s probably time for you to get one yourself — your back will thank you. 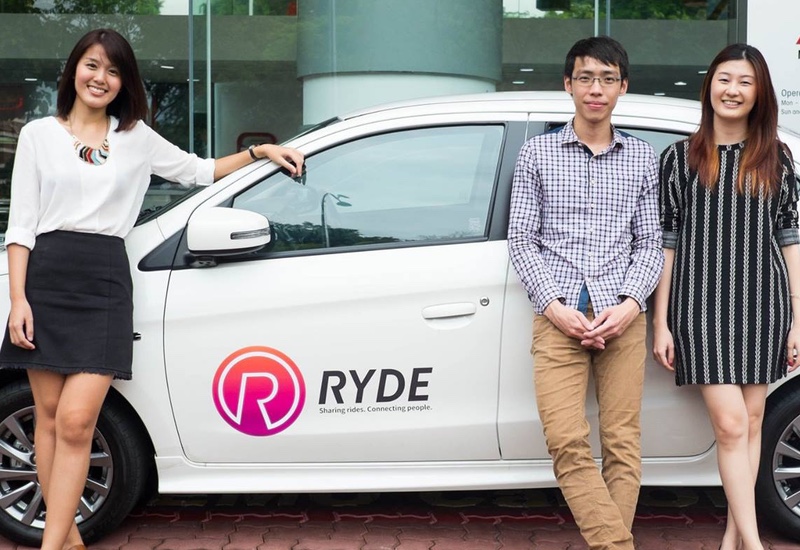 Ryde is billed as the world’s first real-time carpooling mobile application and this is no lie. Just don’t expect to be greeted with a limousine and champagne. A more down-to-earth description would be that Ryde has been providing a private car ride-hailing service since 2015.

Rotimatic is one of those inventions that went viral online and it’s not hard to see why. The countertop kitchen appliance churns out flatbread like it’s a printer for pastry, and all folks need to do is load flour, water and oil into the machine. It’s a mess-free, automated way to get fresh roti, even if it is pretty expensive and limited in capabilities for now. Makes for a cool party trick though. 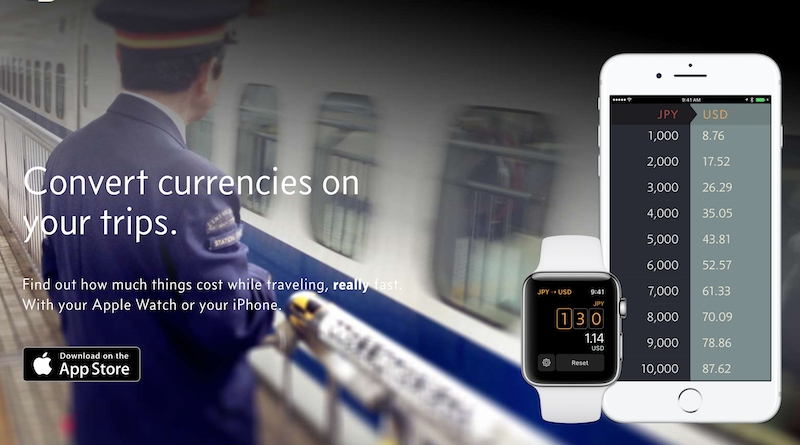 The best apps on iOS are always the minimalist ones, and Elk: The Travel Converter proved to be charming (and useful) enough to win an Apple Design Award in 2017. Produced by Muh Hon Cheng and Lin Junjie, the app was built out of a study room in an HDB flat — a process that took just a couple of months from conceptualisation to going live on the App Store. 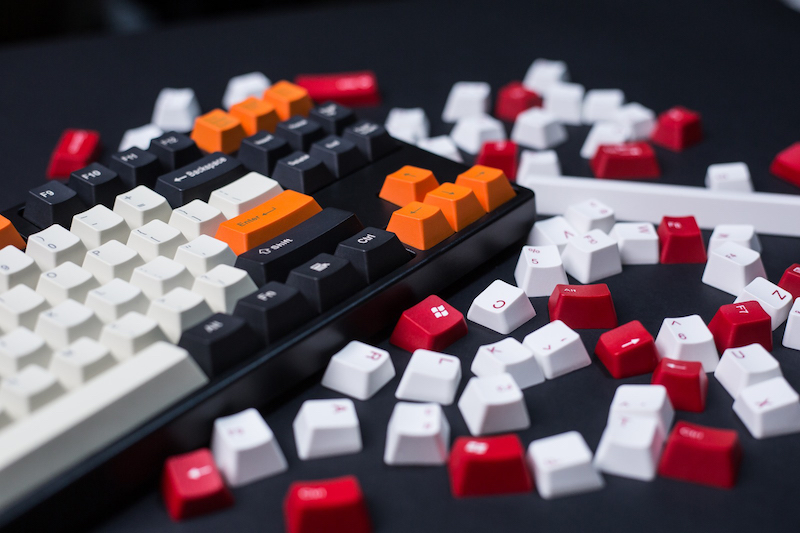 True gamers would know that mechanical keyboards (the noisier, the better) are the only way to go. Three local keyboard enthusiasts knew this as well and decided to build their own: the Tempest Kirin, a minimalist wireless mechanical keyboard that feels just as good as it looks. The pandemic isn’t stopping the company anytime soon too, since they’ve just launched a new and improved version called the Kirin V2.