Welcome to the state of corporate social media in 2019, where an innocuous (and random) musing of a CEO might actually lead to a product being made.

Some serious thought went into it too, including a self-heating mechanism, inbuilt chopsticks, and some very luxe ingredients like squid ink noodles. 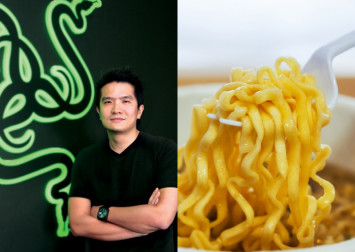 In response, Mamee Monster — the mascot for the Malaysian-based snack company — reached out to the CEO in a Facebook comment. The proposal made in jest was a Mamee Monster x Razer cup noodle product, complete with marketing concept art.

“This is like a weirdass Razer multiverse I'm living in with toasters and noodles,” Tan shared, adding that he has eaten Mamee snacks during gaming sessions before.

Of course, one can only dream. But then again, this is a world where a Razer toaster is actually in production despite Tan declaring that it’ll never happen. Knowing the CEO's affable penchant to delight his fans, it’ll take years of loudly repeated demands by them before the gears get moving to put out a fully-realized Razer-branded cup noodle. So, uh, get started.