A Malaysian teenager who needed help to get through her suicidal thoughts went onto Instagram to decide if she should end her life — with tragic results.

Malaysian news publication Astro Awani reported that the 16-year-old girl jumped to her death from the third floor of a shop lot in Batu Kawah, a suburban area in Kuching, Sarawak, on Monday night. Padawan district police chief Superintendent Aidil Bolhassan was quoted to have said that she committed suicide after conducting a poll on Instagram, where she asked her followers if she should live or die.

“Really Important, Help Me Choose D/L” she posted on her Instagram story at about 3pm on Monday. 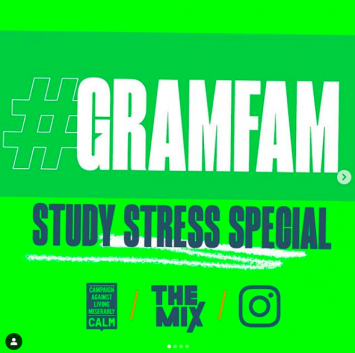 69 percent of her followers who voted picked “D”, which stood for “die”, confirmed Supt Aidil, while only 31 percent voted “L” which meant “live”. It’s unclear exactly how many people voted in the Instagram Poll.

According to the authorities, the teen had also posted “WANNA QUIT F*CKING LIFE I’M TIRED” on Facebook, while her WeChat status held an emotional note to her friends about how she loved them.

“The teenager was believed to have felt stressed when her stepfather married a Vietnamese woman and seldom returned to their home,” said Supt Aidil.

The police were alerted to the case when the teen’s body was found by a member of the public around 8pm. No criminal motive was found, and the case was classified as sudden death.

“Various questions arise from this unfortunate incident,” he said.

“Would the girl still be alive today if the majority of netizens on her Instagram account discouraged her from taking her own life?”

This wouldn’t be the first time Instagram has been involved in a case of teenage suicide. A 14-year-old British girl by the name of Molly Russell took her own life in 2017, and her parents found that her Instagram account contained disturbing material about depression and suicide. In response, Instagram accounted that it would ban all graphic self-harm images from their platform.

The tragic case would once again raise the issue about the damaging effects of social media on the mental health of teens — the verdict of which remains uncertain due to the constantly evolving nature of digital platforms and the lack of long-term studies.