Developing video games is hard work, and it is not often a case where a studio is able to carve out a niche for itself not just for the fans, but also amongst its industry peers.

To do so with aplomb and a high standard of quality has been the calling card of Arkane Studios, and the team’s latest time-bending first-person shooter with plenty of mysteries and puzzles to solve, Deathloop, could be its best creation yet.

A murder puzzle at its core, Deathloop casts players as Colt, voiced by the Doom Slayer himself, Jason E. Kelly, who is trapped in a perpetual time loop. Forced to relive the same day forever, the only avenue of escape is breaking the loop, which requires the assassination of eight key targets, the Visionaries, all in one smooth operation.

It would not be that easy, what with the different schedules, quirks, and powers of these individuals, as well as the various locations they call home together with the Eternalists, their henchmen. There is also the small problem of Julianna, the rival assassin that loves to ruin your day and keep the loop going. With information to dig out, places to be, and Visionaries to kill, Colt already has his work cut out for him.

Even though Deathloop features just four locations found on the island of Blackreef – The Complex, Updaam, Karl’s Bay, and Fristad Rock – Arkane is giving players the freedom and flexibility to go about their business any way they like. Together with four different time periods, you are essentially looking at 16 different sandboxes that may look the same physically, but with different characteristics, artificial intelligence, and changes the way you can approach and areas you can explore.

Time only passes when you exit a map or meet an unfortunate end, otherwise, you are free to take your time exploring any given area at the selected timing. Players can also manually advance time to get that exact setting for their next outing.

Speaking for the next mission, whether you are going in all guns blazing or taking a measured and methodical approach, Arkane’s mastery of such game design shines through with a multitude of weapons, skills, and tools at the player’s disposal.

Colt can count on the Hackamajig to manipulate electrical objects, or his sharp machete to take of business up close and silently. If things go haywire, the utility of the Strelak Sapper Charge can come in handy in its grenade, proximity charge, or silent laser tripwire forms.

It would not be a shooter without firearms, and Deathloop provides a healthy arsenal of eight guns, each with its own characteristics and usefulness. Add to that rarity tiers and inherent perks, and you can tailor your load out to your play style accordingly.

The PT-6 Spiker is particularly enjoyable for stealth kills, and a sharp nail to the head is a solution for most problems on Blackreef. There are also a couple of unique weapons that will take some effort to unearth, but their stopping power and perks are well worth the investment.

To make things even more interesting, you can equip Trinkets for either Colt or his weapons. These supernatural artefacts can enhance existing abilities, or provide new ones to aid your progress. If you wanted longer range for your weapons, or a double jump ability, these Trinkets are exactly what you need, with varying rarity tiers thrown in for good measure.

However, it is vital to understand that with Deathloop unending loops, you are not going to always have your chosen arsenal at any given time. Instead, you require the use of the Infusion system to carry over your equipment once a day is over. For that, you will need to harvest Residium, the element that causes things to shimmer and give off that otherworldly glow.

Or if you are adept, you can harvest it off dead Visionaries that you have managed to eliminate during your current day. Either way, you will be spending lots of time deciding on which items to keep, and which to sacrifice in lieu of something better down the road.

The implementation of Infusion definitely adds to thewhole Deathloop experience, rewarding players for being proficient, but also giving them the choice to decide how their future pans off.

There is nothing stopping you from stockpiling a motherlode of Residium and getting all the best weapons and equipment, after all, that is the whole point of a neverending loop, and it is a great way to gauge your progress in the game as well.

For those that love hoarding your stuff, just make sure you do not die during your missions, you do get two do-overs, but once that is gone, you will lose all your Residium and items that are not Infused. The loop starts over, and you could be kicking yourself for not making those investments in between missions, you have been warned.

Another key category of items you want to carry over are Slabs and their associated upgrades. The five different Slabs all grant various powers and can certainly spice things up when it comes to exploring Blackreef and taking care of any threats.

The caveat is that you have to loot these from killed Visionaries first, Infuse them, and repeat the cycle for their upgrades. Considering that it can be part of your to-do list for every loop, there is no reason to miss out on the mayhem that the Slabs enable you to cause.

Go invisible with the power of Aether, teleport over short distances using Shift, or connect enemies so they suffer the same fate, usually death, all at the same time. There is also the Slab that grants Karnesis, which allows Colt to throw enemies about, and another that grants increased damage and absorbs any damage thrown your way to hurt your power reserve instead of your health.

With the loop, the Infusion system, the various tools like Slabs, Trinkets, and weapons at your disposal, Deathloop essentially creates a game within a game, one that allows players to get better at things they want to be good in, while rewarding them with resources and more ways to have fun. 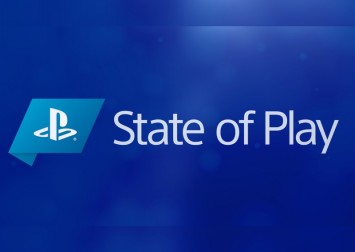 Getting everything in order is quite addictive, and you will need to pay attention to the details especially if you are hunting down the Visionaries.

Perhaps knowledge is the most powerful tool you would obtain in the game, presenting opportunities to learn from the past and adapt your future runs. By paying attention to the different locations at different times of the day, players can discover relationships, figure out the movement of the targets, and set things up nicely to create the ultimate formula of removing the Visionaries altogether in one fell swoop.

The more you know, the better it is for your planning. The way Deathloop presents information, whether it be through dialogue, notes, recordings, or the Minicom messaging system, you will never know when something useful will come in.

Thankfully, there are two different Leads sections that can help with putting things together, providing you clues and explanations of what the major happenings are, and letting you track things in case you get lost under a seas of information. The same goes for the Slabs and unique weapons, which is quite a welcome helping hand.

Making sense of it all and putting things together may open up more discoveries somewhere else, and this constant search for answers, apart from the moment-to-moment enjoyment of the systems, is also a key driver for player progression.

Of course, it helps that the Visionaries are all interesting and exciting to kill for the first time or the last. All eight brings something different to the table, be it their personality or the aforementioned abilities via the Slabs. As you peel away layers of the mystery, you might come to the realisation of who they are and why they do what they do.

It might change your mind about eliminating them, or strengthen your resolve, but at the end of the day, if you are looking to find your way to freedom, they have to go. The way the narrative builds, twists, and turns make Deathloop’s march to the conclusion all the more satisfying.

Of all the Visionaries, Julianna is by far the most prominent one that players will come up against aplenty. As the head of security and always looking to make your life hell, the assassin will pop up at the most inconvenient of times to try to end you. Even if you succeed in warding her off, the banter between her and Colt make for some entertaining listening.

Then again, if you are tired of Julianna ending you, you can always jump into Deathloop’s multiplayer mode. This amps up the vanilla AI-controlled Julianna invasions by giving you control instead, and invading other players’ worlds. There is no greater pleasure in defending yourself successfully against another human player with powerful guns and powers, or immense sadness at losing out.

As for options, while you will always be subjected to random Julianna invasions, you can tweak it to be only AI, allow online players to take the reins, or just for your friends only. There is also the added incentive of unlocking new cosmetics for both Colt and Julianna by partaking in the multiplayer mode, so you can look fly as you send heads flying too.

All in all, Deathloop succeeds in presenting a visually and stylistically striking first-person murder-puzzle shooter with everything looking snazzy on the PS5, complete with a healthy dose of action, stealth, and plenty of character development along the way not just for Colt, but for the Visionaries as well. However, it is also this overwhelming nature that could easily deter interest.

Getting into Deathloop requires a commitment in learning the ins and outs of the areas, the way enemies behave, and more importantly, where and how you are going to kill all of the Visionaries in one day of murder.

New discoveries may drastically change up how you take down a certain foe, while smaller, less obvious changes may not always be worth the time spent uncovering the information in the first place. Going through the same areas over and over again, albeit at different times with certain changes may not be everyone’s cup of team.

And while additional secrets populate the world that has its own rewards, the entirety of it all can certainly be too heavy for some players to bear. Unless you are ready to jump headfirst into the rabbit hole, Deathloop’s unique proposition could be a hard pill to swallow.

The use of haptic feedback and adaptive triggers is not exactly something groundbreaking either and applies most when you are firing off your weapons, at least having dialogue come out of the DualSense’s speakers makes for a nice touch.

At the end of the day, should you make the call to step into the shoes of Colt, you are going to find a truly wonderful experience that can be immensely satisfying every single day you spend on Blackreef. It may come across as a little linear if you looking to mainline the game, but the enticing presence of all the other worldbuilding stuff thrown in by Arkane helps out immensely.

For a murder puzzle that is oozing with that signature Arkane style and the quality of stealth and action gameplay, all wrapped up nicely in a time-looping package of discovery and experimentation, Deathloop delivers almost perfectly on all fronts, and is one game some would not mind repeating over and over again.

Deathloop is available via the PSN Store for $84.90.

Deathloop solidifies Arkane Studios’ standing as one of the best developers out there in delivering unique experiences that make repeating certain content fun and exciting.