The next Apple Watch said to have thinner bezels, new design and faster chip

Render of the Apple Watch Series 7.

The Apple Watch Series 7 is reportedly getting a redesign and boost in performance according to Bloomberg.

People with knowledge of the plans said that Apple has tested thinner screen bezels and a new lamination process to bring the display closer to the front cover.

In addition, the chassis of the new Apple Watch will be slightly thicker. Ultra-wideband functionality will also be enhanced and a faster chip will provide a boost in performance for the new smartwatch. 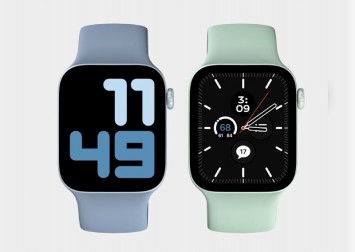 Tipster Jon Prosser echoed the same thoughts last month and said that the new smartwatch will have a flat-edged design and new colour option.

Apple initially wanted to equip this year's model with a body temperature sensor, but the plan has been pushed back by a year. As for the blood glucose monitoring feature , the sources claim that it is not ready for another few years.

Apple is looking to develop a non-invasive method of analysing blood through the skin. Bloomberg reiterated on the possibility of Apple introducing a rugged watch . It is now expected to launch in 2022 alongside the successor for the Apple Watch SE.