It's not everyday that political parties get compared to one of the most popular cinematic franchises out there.

Now that the election season's in full swing, political parties are pulling out all the stops in a bid to pull votes to their side. But with 11 opposition parties gunning for one of the 93 seats, it's easy to get lost in the flurry of campaigns coming out left right and centre.

For Instagram user @limxjoel, or Joel Lim, it was the perfect opportunity to geek out — both as a pop-culture nerd and as a public relations (PR) enthusiast.

Just six hours after the dissolution of parliament, Lim already had a series of Instagram stories breaking down and analysing the very first campaign video, a teaser that Workers' Party (WP) dropped on Tuesday (June 23). He has since reviewed the Singapore Democratic Party's video and WP's extended look into its operations.

Disclaimer: This is NOT an endorsement, just a frank analysis. Yesterday, it was announced that the elections will be held in July. Almost immediately, the Workers Party uploaded a teaser video. As someone from the PR & Marketing industry (and from a pure PR perspective) I found the teaser absolutely brilliant. On my Stories, now saved as a highlight, I broke down why the short 15s video was so effective. I learnt about visual semiotics in @ntu_adm, and about PR and advertising in @wkwsci, so I do actively apply that knowledge on the media we consume (and create) every day. Actually hor, it doesn’t matter if all those things I pointed out were intentional or if they lucked out, what matters is their effects on our perception – THAT’S what I get excited about. Personally, I find elections and politics so interesting and exciting. Over the next few weeks, I’ll be sharing my unsolicited opinions and analyses of the various political candidates and their campaigns, from my unbiased, pop culture-obsessed, and PR-trained point of view. I’m looking forward to lots of geeking out on my end, and many, many angry DMs coming my way 🤪

It's worth pointing out that while he's studied visual semiotics in Nanyang Technological University and PR and advertising in Wee Kim Wee School of Communication and Information, Lim emphasised that his videos are from his "non-biased, pop-culture-obsessed and PR-trained point of view".

Right off the bat in his third review, Lim calls Pritam Singh the Tony Stark of the WP, pulling up a trailer from Avenger's Endgame showing how the campaign video mirrored the trailer's intro.

He didn't stop there, later noting how the background music was reminiscent of the blockbuster series' soundtrack. And yes, in case you're wondering, he even set Pritam's voice against the trailer. 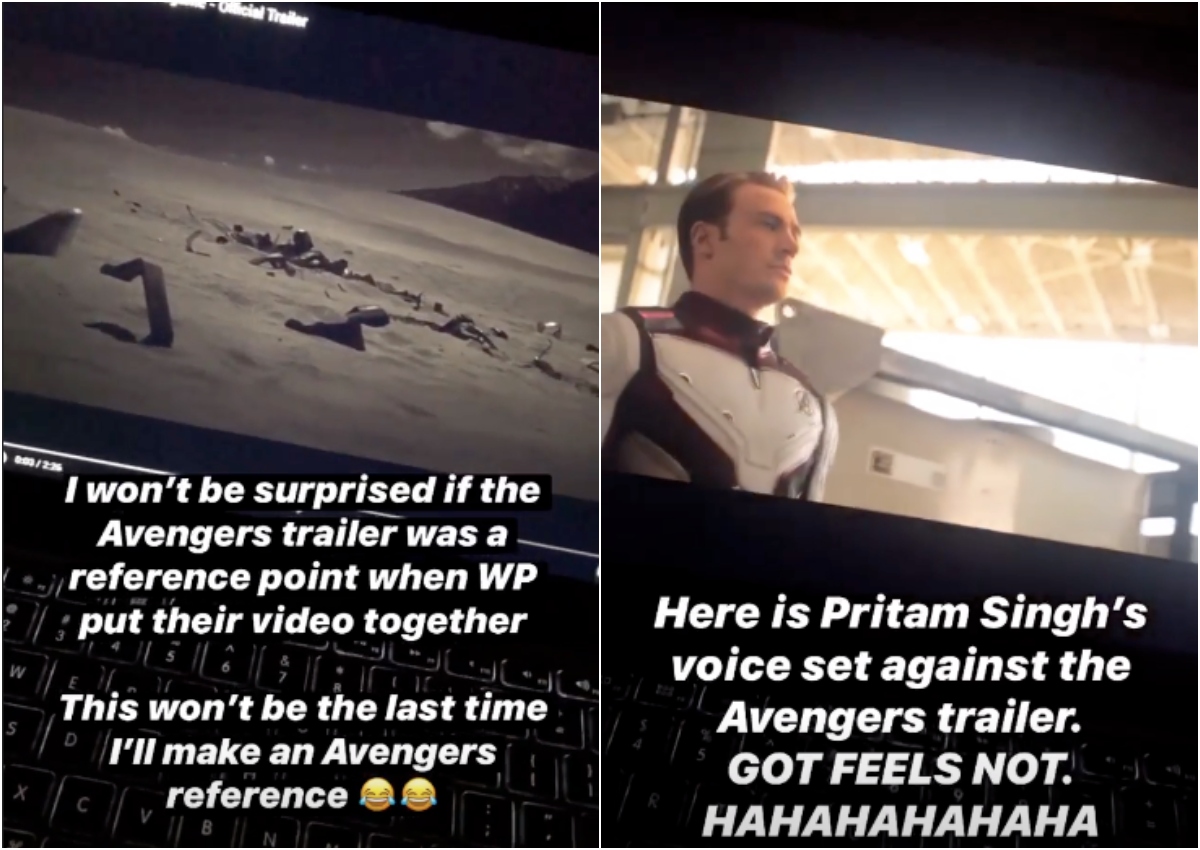 But beyond the pop-culture references, Lim dug deep into why certain parts of the campaigns worked, explaining terms such as brand ethos, production quality as well as showing viewers how the videos were tailored to positively influence their perception.

He didn't hesitate to provide suggestions for the places he felt were lacking too, though that didn't stop him from laughing at bits or straight-up calling parts of the campaigns which were "cringe".

Lim's first review has already chalked up over 1000 likes at the time of writing, while his other reviews hold over 500 likes in just five hours.

Interesting as they are, Lim's videos do require a certain amount of knowledge of political backgrounds. Fortunately for the intrigued newbies, there's a first-time voter's guide to grasp everything you need to know quickly.

But if you're just interested in hearing more of Lim's analyses, he's promised one for tonight. 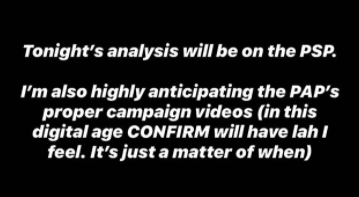