Southeast Asian Internet economy soars past $138.5b, fuelled by e-commerce and ride-hailing demand

Retailing doesn't get much more traditional than selling fruit but that has not stopped shop owner Eric Ang embracing digital tech to shift a few more apples and oranges.

Once Mr Ang, who runs Xing Hong Fresh Fruits at 628 Ang Mo Kio Market and Food Centre, arranges his wares on the wet market counters, he attaches his smartphone to a light stand and switches on Facebook Live.

That allows him to hawk his produce via live streaming for a few hours at a time a couple of days a week.

Mr Ang, 33, is among the many people across South-east Asia - including those working in traditional sectors - who are fuelling the region's booming Internet economy.

It is estimated that this economy will exceed US$100 billion (S$138.5 billion) in gross merchandise value (GMV) this year, more than tripling in size over the past four years, according to a report from Google, Temasek Holdings and consulting firm Bain & Company. 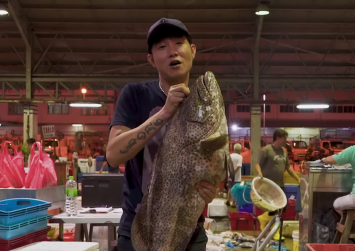 At this rate, the South-east Asian Internet economy, which refers to business conducted through markets based on the World Wide Web, is on track to hit US$300 billion by 2025 - US$60 billion higher than previously estimated.

Besides research, data and expert interviews, the report, which covers Singapore, Malaysia, the Philippines, Thailand, Vietnam and Indonesia, also looks at Google Trends.

Indonesia is leading the way as the largest and fastest-growing Internet economy in the region this year with an estimated US$40 billion in GMV, thanks to the growing adoption of digital payments in the country.

Singapore's Internet economy, which has been expanding by an average rate of 17 per cent a year since 2015, will have estimated GMV of about US$12 billion this year.

Mr Ang's move to take his business online has certainly proven successful with sales up 30 per cent from last year while his customer base has gone far beyond the Ang Mo Kio regulars to reach people in Jurong and the East Coast.

He told The Straits Times: "People always assume that the customers who buy my fruit through Facebook Live are those from the younger generation, but many of them are actually aunties. Everyone is buying things through the Internet now." 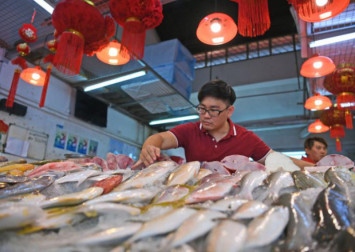 Indeed, the report noted a major reason for the blistering growth of the region's Internet economy is that so many people can now go online, especially through their mobile phones.

Just a decade ago, around 80 per cent of people in the region had limited or no Internet connectivity but 100 million or more users have gone online in just the past four years, said the report. That brings the total Internet user base to 360 million.

The region also has the most engaged mobile Internet users with people spending more time online via smartphones than anywhere else in the world.

The report said: "Average order values in Singapore's e-commerce sector are three to four times higher than that in the rest of the region."

E-commerce has become the biggest sector of the region's Internet economy, increasing from US$5.5 billion in GMV in 2015 to an estimated US$38 billion this year. 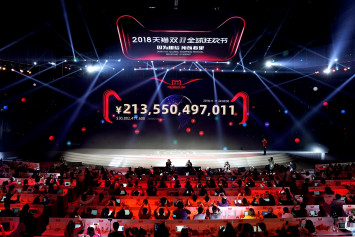 Ride-hailing is the fastest-growing sector in Singapore, boosted by demand for food deliveries. Google Trends noted that queries for online food delivery brands have grown more than sevenfold here over the past four years.

The report added: "From a niche service that was used only occasionally by a small group of users, (food delivery) has become common for busy professionals and families alike."

The trend is in line with the rest of the region, which has seen the number of active ride-hailing users, including those who want it for food delivery, surge fivefold to reach around 40 million today, from eight million in 2015.

Online media, which refers to such content as video and music streaming or online gaming, has shot up fourfold over the past four years to a value of US$14.2 billion.

Read Also
BeLive it or not - these S'porean girls earn up to $1.9K a month for just an hour of live streaming 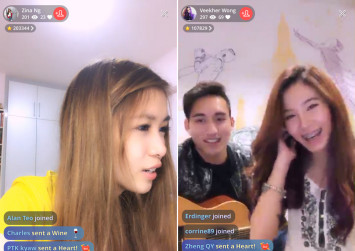 This is due to the increasing popularity of locally created content, both in terms of short-form videos and live streaming content, as well as locally made games such as Free Fire, which is developed by Singapore-based Garena.

Online travel, the most mature Internet economy sector, continues to see growth in the region as well, jumping to an estimated GMV of US$34.4 billion this year from US$19.4 billion in 2015.

"A rising middle class of affluent users... is further boosting the sector," said the report.

Growth in the newly added segment of digital financial services is also set to rise as users increasingly look towards more convenient and alternative options.

Digital payments alone, which are defined as cashless transactions including cards, account-to-account transfers and e-wallets, are expected to cross US$1 trillion by 2025, accounting for nearly one in every two dollars spent in the region.