This time, it's happening beyond our shores.

A screengrab of the Telegram group was shared on Twitter last Saturday (Oct 27) by Malaysian hijab retailer Aisya (@_aisyaisa) with a caption in Malay that reads: "WTF is this group? I'm f****** mad. Please do help to report."

She had recently chanced upon the Telegram group where she found that the members had been sharing her pictures without her consent, as per World of Buzz. Though images shared weren't explicit or risqué in nature, it was still alarming for her that the images were being discussed in a group dedicated to gawking at women. 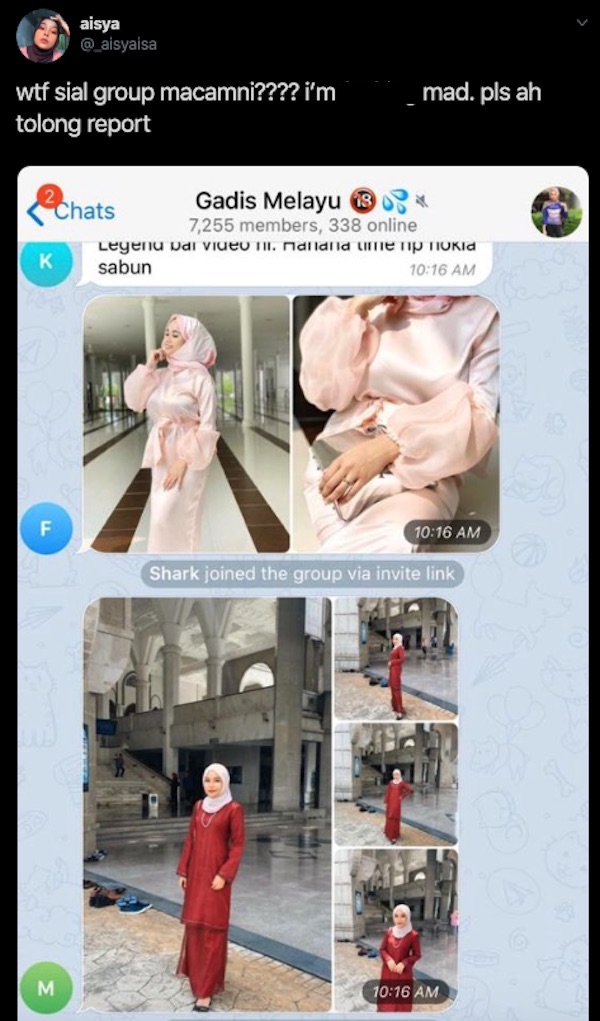 The group had over 7,000 members within, and as it turned out, was open for any Telegram user to join. She dropped a link to join the channel on Twitter, inviting her over 16,300 followers to do what they wanted to with it. 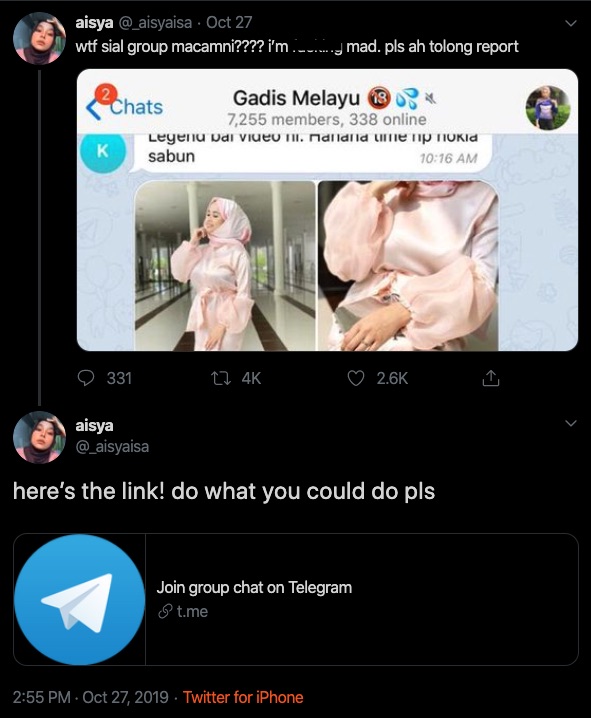 Following the tweet, Malaysian netizens were appalled at the antics of the contributors in the Telegram group and decided to take things in their own hands. They flooded the group with memes, condemnation, and religious warnings. 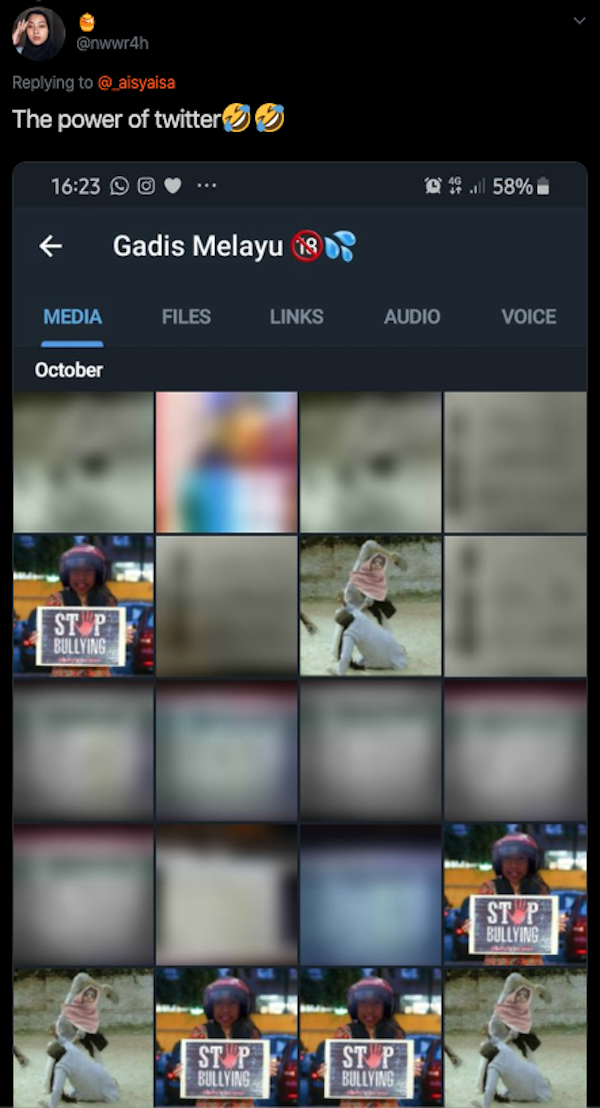 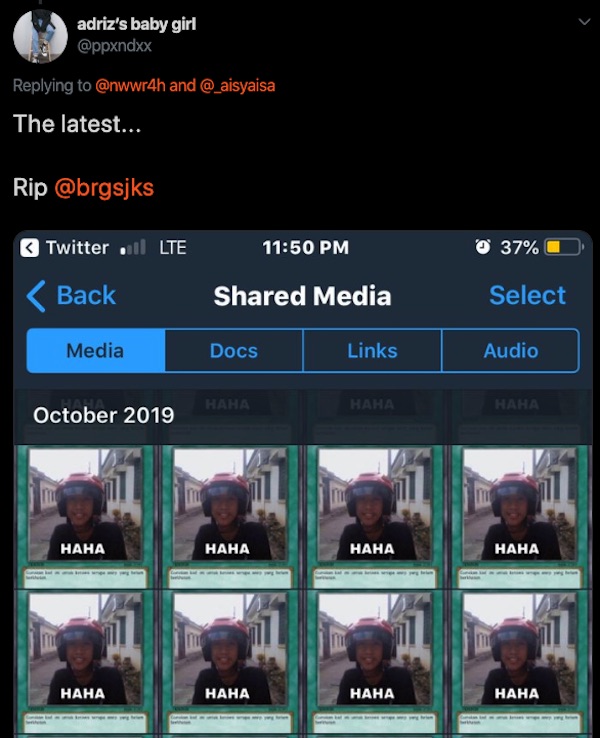 Some gave suggestions as to what Aisya should do to report the group, while several others expressed their sheer disgust at the contributors. 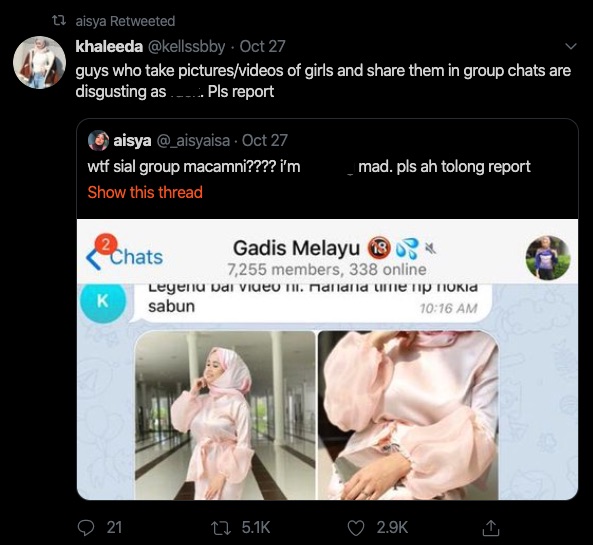 It had escalated to the point where the number of members grew beyond 10,000, reported World of Buzz.

Attempts were made later on to search for the Telegram group. However, attempts remained unsuccessful as folks were redirected to another Telegram group called... "fighting fish owners club". 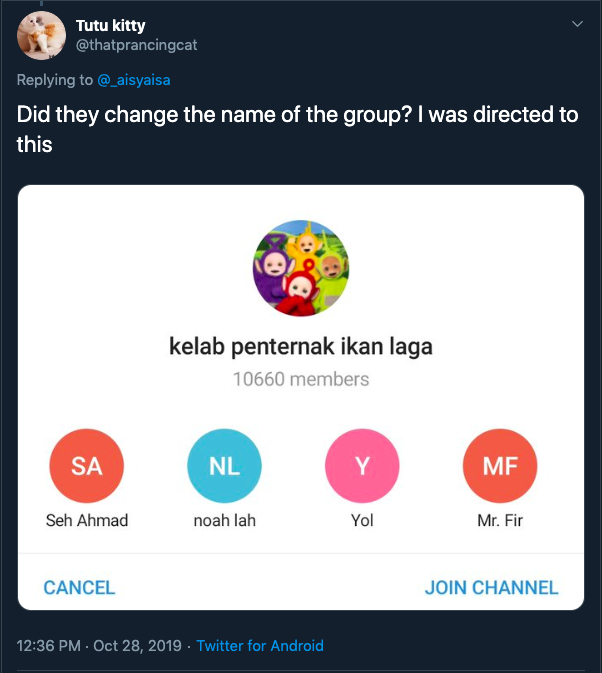