A Twitter spokeswoman told Reuters in an email that the company considered Trump's remarks a wish for a Covid-19 treatment, rather than a literal call for people to inject disinfectant.

Twitter Inc said on April 24 video clips of US President Donald Trump suggesting that scientists investigate inserting light or disinfectant into coronavirus patients did not violate its Covid-19 misinformation policy.

A Twitter spokeswoman told Reuters in an email that the company considered Trump’s remarks a wish for a treatment for Covid-19, the respiratory disease caused by the virus, rather than a literal call for people to inject disinfectant.

The social media site later said it had blocked the trends “InjectDisinfectant” and “InjectingDisinfectant”.

Twitter exploded with discussion of the president’s comments, made at his daily media briefing on Thursday, with such trending terms as “Lysol”, “#disinfectant”, “DontDrinkBleach” and “#InjectDisinfectant”.

The company previously said it was prioritising the removal of Covid-19 misinformation that might cause harm but would not act on every tweet containing incomplete or disputed information about the disease.

The site’s Covid-19 misinformation policy states its definition of harm includes content that goes against guidance from authoritative sources of public health information.

After Trump spoke, doctors and health experts urged people not to drink or inject cleaning agents.

Lysol and Dettol maker Reckitt Benckiser warned against internal usage of disinfectants, saying it had been asked about it due to recent speculation and social media activity. 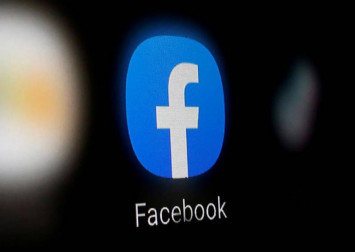 Trump on Friday sought to portray his comments as sarcasm. The White House earlier in the day said Trump’s remarks had been taken out of context and urged people to seek coronavirus treatment only after conferring with their doctors.

Twitter’s policy also says it bans descriptions of purported cures for Covid-19 that are ineffective or being shared with the intent to mislead others, even if made in jest.

A Reuters Twitter search turned up several tweets mocking Trump’s suggestions by repeating exaggerated versions of them, some of which Twitter said it would leave up.

“Tweets that are clearly satirical in nature, or that discuss or report on timely issues about #COVID19 without calls to action generally do not break our rules,” the company wrote on an official Twitter handle.

But a joke meme that said “Don’t forget to drink your daily dose of bleach as advised by President Trump” was removed by Twitter in response to questions from Reuters.

Trump, who has more than 73 million followers on Twitter, has long complained without offering evidence that social media companies including Twitter employ tactics to silence conservative voices – accusations the companies deny.

A spokesman for YouTube, the video service of Google parent company Alphabet Inc, said the site does not allow content promoting dangerous remedies or cures, regardless of who expresses it.

After questions from Reuters on whether YouTube policies allowed for various videos, including a video of Trump's briefing, a video parodying the president's remarks and a video making the case for his suggestion named Trump Is Hardly Wrong in Speculating About Light Therapy and Injected Disinfectant, YouTube removed the last video.

Facebook Inc did not immediately respond to questions about its handling of clips of Trump's remarks or the discussions on their sites.

Read Also
Why is it so hard to stop Covid-19 misinformation spreading on social media? 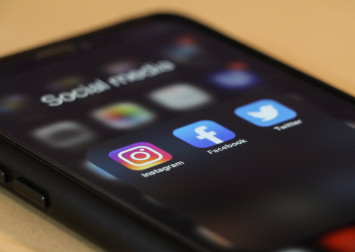 Social media sites have been under pressure to police health misinformation promoting the use of disinfectants like bleach to cure various issues, spread online by conspiracy theorists or in anti-vaccine and fringe alternative-medicine communities.

In a livestream on Friday, Facebook CEO Mark Zuckerberg cited the false idea that drinking bleach could help cure coronavirus infection as an example of the type of misinformation that the site would remove because it could lead to physical harm.

The Environmental Protection Agency on Thursday said it had warned Facebook and seven other tech companies that their platforms were being used to market disinfectants falsely claiming to protect against the coronavirus.