Leading actress Kim Hye-yoon: Playing minor roles in the past made me who I am today

Where she lacks in experience, Kim Hye-yoon makes up for it with sheer hard work and an unassailably cheerful disposition.

The rising K-drama actress told AsiaOne in an interview that her current success is the result of her past endeavours in minor roles.

Before she landed her first lead role, the 25-year-old took on many tiny roles in K-dramas, playing characters that didn't even have a name in the credits.

"Having been through tough times and having only played minor roles in the past has made me who I am today," she explained. "All those moments are precious to me and have become the driving force behind my hard work."

Hye-yoon's growth is something inspirational for aspiring actors and actresses: she studied film at Konkuk University, maintaining multiple scholarships with grade requirements, all while juggling her budding acting career.

Make no mistake: she was knee-deep in studies when she took on showbiz. When she made the transition from student to professional actress in 2019, her determination paid off.

Hye-yoon picked up the role of Eun Dan-oh in the 2019 hit fantasy romance series Extraordinary You — this time as the first lead actress.

Despite her determination and success, Hye-yoon believes she lacks maturity. 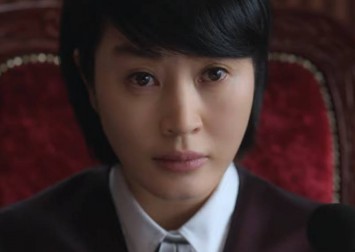 As a child, she had formed her own opinion of what maturity meant — being wise and sensible while staying healthy psychologically.

"As I live on as an adult, I wasn't the wisest with the problems and concerns that I faced," she said. "I aim to mature more and grow."

Although she resolves to grow and develop herself towards her ideal notion of adulthood, there are other heights that she may unfortunately never reach.

"My fellow cast members always had to bend over to listen when I spoke while I had to look up," she humorously revealed.

At 1.6m tall, there's certainly a wide gap between her and her co-stars — Rowoon and Lee Jae-wook from Extraordinary You are 1.9m and 1.87m tall respectively. With a gap of at least 27cm between them, the two co-stars definitely tower over her.

Although she was initially awe-struck meeting Taecyeon, she quickly acclimated herself with some help.

Recollecting her meeting with the Vincenzo actor, Hye-yoon said: "They (2PM) were a really famous group during my school days. When I first got to meet Taecyeon, it felt like I was meeting with a celebrity. My time working with him on set was enjoyable because he made me feel comfortable and took good care of me."

The wholesome atmosphere wasn't just limited to the two of them as Hye-yoon added that the cast members of Secret Royal Inspector & Joy promised to hug one another if any of them felt under the weather.

"I guess that was the extent of how much we relied on each other and how much strength we gave to one another," Hye-yoon said.