HONG KONG - Cecilia Cheung once said she is counting on her three sons to look after her in old age.

The 39-year-old actress is already getting such support, with her eldest son Lucas, 12, coming to her defence.

Nicholas Tse, who married Cheung in 2006 but got divorced in 2012, recently said on a talk show that he had nurtured a love for Chinese singer Faye Wong for 20 years.

Asked for his views, a defiant Lucas said Tse is not important in his family's life.

"My brother (Quintus, nine) and I seldom see our father because he is very busy. When I am sick or when my brother has a fever, it is my mother who looks after us," he revealed. 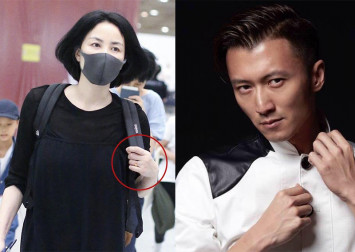 According to Sin Chew, Lucas added that he is not unhappy that his parents are separated, noting that Tse "does not deserve her".

Lucas and Quintus have a brother called Marcus who was born last year. Cheung has not said who the father is.

Tse and Wong, 50, first dated in 2000 but broke up two years later after talk had it that he was going after Cheung.