Carrie Wong wasn't afraid to spill the deets in her first interview since her steamy text scandal with fellow actor Ian Fang.

During an interview with Lianhe Wanbao on Saturday (June 29), she revealed that she is no longer in contact with Ian.

She didn't shy away from questions about the scandal and when asked about the impact it had, she replied: "If I said there wasn't any, I would be lying."

She added: "A lot of things were affected but the most important thing was to complete the tasks at hand and finish it well."

When news of their leaked texts hit the internet, Carrie was in the middle of filming her upcoming drama My One In A Million.

"Thankfully, the producer and production crew were very understanding and they were looking out for my filming schedules and mood.

"It was thanks to their help that I was able to successfully finish the shoot," she admitted.

CARRIE AND LAWRENCE - ON THE MEND?

Carrie - along with her castmates Lawrence Wong, Jeffrey Xu, Nick Teo and Chen Yixi - was at Our Tampines Hub on Saturday to promote My One In A Million.

It was reported that Carrie looked happy at the event and was all smiles; however, she didn't seem to interact much with co-lead Lawrence. 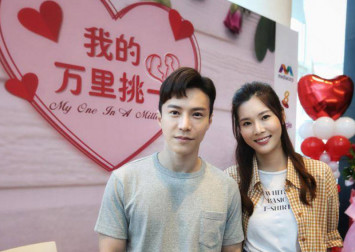 Amidst the flurry of leaked texts, it was also revealed that both Ian and Carrie had criticised Lawrence, who replaced the late Aloysius Pang in this drama.

This caused Lawrence to subtly clap back on Instagram where he quoted an excerpt of a media interview where he spoke of his struggling journey to be an actor since he had "no backing from a rich company" and "didn't come from a (talent) competition".

But Carrie has since apologised for the remarks and the stars have moved on.

Carrie revealed that they had a positive and happy environment during the shoot and described Lawrence as "very professional".

She said: "Everyone completed the shoot with a smile. I'm very grateful for that."

Throughout the troubled times, one thing remained unwavering and that was the support from Carrie's boyfriend, Boris Lin.

At the height of the controversy, Boris released a statement declaring that Carrie had done nothing wrong and repeatedly stressed that they were doing fine.

Most recently, the couple returned from their vacation in Australia where, according to Boris' Instagram post, they seemed to have had a lot of fun.

When asked whether the couple's love had grown stronger in light of the scandal, Carrie told Lianhe Zaobao: "Each couple goes through different things and I'm very grateful that he has been supporting me this whole time."

As for what made Boris her "one in a million", she replied: "He's been brought up well and is very polite.

"Fate and feelings are very important. Not everyone can meet their 'one in a million' and you have to meet the right person at the right time."

ON BEING DROPPED FROM UPCOMING DRAMA

Two weeks ago, Carrie was thrust into the spotlight again as news broke of her losing her role on Wawa Pictures' upcoming drama Gong Xing Ji. 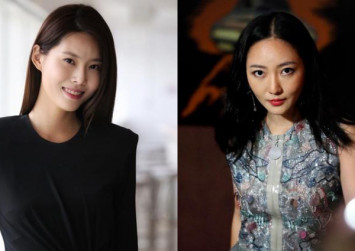 While there was speculation that it might have something to do with the texting scandal, Wawa's chief creative director, Molby Low, promptly shot it down and cited scheduling conflicts as the reason behind it.

In response to queries about this, she told Lianhe Zaobao: "This isn't the first time I've been dropped from a role. It's just that this news has been associated with the scandal and people are speculating.

"However, I really am busy with other things and I heard that the character is supposed to be mature and in her 30s.

"Maybe they don't think I look mature enough, but I'm not too clear on the details as everything is handled by my manager."

Despite the setback, Carrie has learnt a valuable lesson from this incident and will be more mindful of how she behaves in the future.

She explained: "As celebrities, unfortunately, our private lives will always be in the spotlight so we have to be more aware of our behaviour and actions."

#Local celebrities #scandal #Social media #In Case You Missed It