Das DD's (left) curiosity got the better of him and he allegedly caused his co-star Lorenzo (right) to become possessed.

Curiosity could have killed this multilingual cat.

Local influencer-host Das DD recently joined Dennis Chew in the new ghost-hunting reality show Mr Zhou's Ghost Stories and he allegedly caused one of his co-hosts to be possessed by a young female spirit.

Das, 31, Dennis, 48, and two non-celebrity co-hosts Lorenzo and Wesley were at a graveyard on an undisclosed offshore island when Lorenzo recounted a supernatural incident he encountered there seven years ago.

Lorenzo had used a Chinese ouija board at the graveyard when he claimed to have heard a voice calling out a name: Alice.

Das asked him what the voice sounded like at that time: if it was a male or female voice, young or old and if the name was called out loudly or softly.

Lorenzo answered his questions, even mimicking the voice that had called out the spirit's name.

"When he said the name, I regretted it immediately after seeing his face… Lorenzo started to tremble," Das said.

Even Dennis reacted to the name being called, turning pale just like Lorenzo. 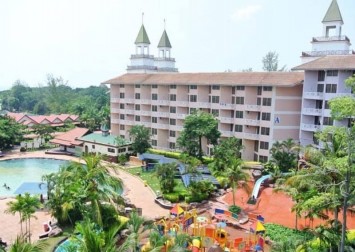 Added the veteran variety show host: "When [Lorenzo] said the name, the surroundings became cold and uncomfortable… I kept hearing a girl singing. She kept repeating the same song."

The show also featured an audio clip of the alleged singing that was heard in the area.

"I think we need to talk separately… I'm not comfortable talking here," Dennis said to the production crew, recommending that they return to the jetty they arrived on.

"We should leave immediately, because it feels that we have intruded for too long," Dennis added, turning to the tombstones behind them to apologise and pray.

Lorenzo, a ghost-hunting hobbyist, said: "I feel very angry, I need to hurt someone, I don't know why. Maybe it's best for me to leave this area first and see how I feel."

He was noticeably trembling, blinking hard and looking dazed as he ambled around with the help of his co-hosts.

Lorenzo's anger and violence was similar to what he felt seven years ago at the same location, he explained.

Said Wesley: "We were at the same place seven years ago where Lorenzo provoked a spirit. Seven years later today, when we returned, the spirit was most likely still there."

Lorenzo eventually recovered at the jetty after they placed some distance between themselves and the graveyard. Dennis also instructed him to think about the sun.

Read Also
Seen the 'haunted' Amber Court on your way to Genting? Residents say enough with the ghost rumours 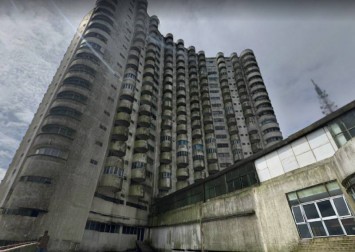 "Lorenzo, with his strength and determination, was successful in repelling [the possession] today — otherwise, the consequences would have been unimaginable," Dennis concluded.

"There is a story (at the end of WW1) regarding a German plantation owner whose young daughter fell off a steep quarry cliff and perished," the user wrote.

"A Chinese shrine previously housed her exhumed remains till the urn was stolen. An empty replica urn then took its place. The daughter's name could not be traced from historical records.

"However, Alice is a German name."

According to Southeast Asian researcher and author William L Gibson, the shrine of a German girl is located on the southern coast of Pulau Ubin and has inspired documentaries, a play, a telemovie and a six-minute Chinese orchestra performance.

Although the history of the shrine is a popular piece of local folklore, Gibson said: "While fascinating, a close examination of the account reveals a number of major inconsistencies that make this story unlikely."