Local TV host Quan Yi Fong has returned for a second season of the award-winning talkshow Hear U Out, and her first two guests are Ah Boys To Men actors-musicians Tosh Zhang and Wang Weiliang.

Two episodes were released today (July 16). In the first episode, the guests talked about how they got into showbiz, while the second touched on something more serious.

Tosh, 32, revealed that for the last five to six years, he has been and still is fighting depression, and there were several times when he thought of suicide. He was also hospitalised after suffering what his doctor thought could be an impending stroke.

While his buddy Weiliang, 33, admitted in the episode that he doesn't understand depression, he added: "If I see it, I would put my life on the line to save Tosh. He's my brother for life."

Yi Fong, 47, replied: "It's a neurological disorder. To normal people like you, you cannot fathom it. 'Why did you have a short-circuit? You have everything, on what basis can you justify your short-circuit?'"

Yi Fong would know, after famously battling depression for years. She added that back then, she would even "rehearse" her suicide every day.

Tosh said his signs of depression surfaced in 2016, and it stemmed from childhood trauma that had happened around 2006.

"I never got to acknowledge what happened in the past. When I was younger, I saw and felt some things that children shouldn't have to experience. The situation in my family wasn't good at that time and my parents fought very badly and often.

"I felt very scared whenever I reached home. My younger sister would cry and I felt I had to be strong. If I also broke down, I think the whole family would collapse with my mum and sister crying and my father in a bad state."

In 2016, he began thinking about his past. Seeing certain things would trigger old memories.

"I couldn't control myself and I would cry non-stop. I would want to jump off a building," Tosh added.

"My psychologist told me that I needed to address my inner child. If I continued to ignore him, not console him and tell him that everything is now okay, he would keep crying." 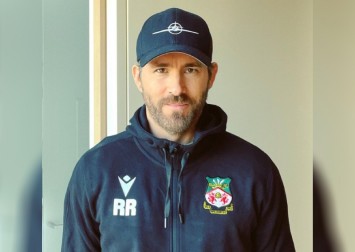 He received treatment for around a year, and said he had to be hospitalised a few times. Those times, Tosh explained, he couldn't feel sensations on his face and arms after losing control of his emotions and harbouring suicidal thoughts.

He called his doctor, who told him there was a possibility that he was hyperventilating and could suffer a stroke.

It was when his mum accompanied him to the hospital that she found out about his condition and cried at his bedside.

While he's gotten a bit better, he added he feels it's very difficult to recover from depression.

Weiliang added he has seen Tosh in a vulnerable and pitiful state, and at times like these, he would simply be by his side.

Tosh added they would sit next to each other looking at their own mobile phones and occasionally chat about something that was unrelated to his depression. "I was happy just doing that," he said.

ALSO READ: Idealistic or rash? Wang Weiliang will sell all 3 of his properties for this