Desmond Tan was robbed in Bali and felt emotionally shaken.

It was supposed to be a holiday to Bali and he was to attend a friend's wedding.

However, local actor Desmond Tan fell victim to robbers while heading back to his villa from the beach. In a phone interview with AsiaOne yesterday (Mar 12), the 33-year-old admitted that the experience left him "traumatised" and he even had nightmares.

Feeling "vulnerable" and emotionally shaken after the robbery, and worried that the robbers might discover his identity and come back to find him at his villa, Desmond barricaded the door with a table, chair, and his luggage.

He said: "The moment after I was robbed, I went to the police station to make a report, and went back to the villa. I was worried because my motorbike was parked outside my villa. I had a lot of 'what ifs' — what if the robbers realise who I am through the photos on my phone and they climb into my villa to extort me or to rob me again?

"So I had a lot of fears and unfortunately my door lock had a problem. I resorted to the traditional and primitive way of blocking the door with a table, chair, and my luggage."

It was the second night of his trip when the robbery happened, and Desmond was on the way back to the villa sometime between 8pm and 9pm. He was five minutes away from his destination and riding on the motorbike with his friend when the robbers struck.

According to Desmond, they were using his phone to navigate the way back when he spotted a motorbike with two men standing next to it.

Desmond recounted: "I slowed down to check on them then I continued riding. As I was riding away, I saw them mount their bike through my rearview mirror. I found it strange so I felt it might be a threat. Then I realised there was another bike riding close to me.

"So there were two bikes with four people; one went in front of me and one came to my right. The front bike was trying to slow us down and the bike on my right rode so close to us and snatched my phone from my friend's hand."

The actor said he was travelling around 60km/h at that time and after the robbers took his phone, they even had a minor collision. Desmond managed to regain balance of the bike as they rode off. He said he was "stunned for a few seconds" and "couldn't register what happened".

After the realisation set in, Desmond felt "really angry" and "roared like a lion", and gave chase. However, he stopped as his friend felt scared because they were on a dark street. "That was when I realised that we were in a dangerous situation," he explained, adding that if they had continued their pursuit, the robbers could have drawn weapons on them, robbed more from them, or even led them to their accomplices.

SCARED HIS IDENTITY IS COMPROMISED

With his status as an actor, Desmond was worried that his family, friends, and fans would be dragged into this should the robbers figure out who he is. Thankfully, the phone was locked when it was taken from his possession. 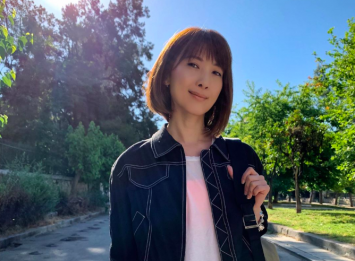 "I was worried that my identity has been compromised, that the robbers would use my profession as an actor against me and contact my fans, friends, and family to ask for money," he confessed and admitted there was a lot of data on the phone that could be compromised as well.

Desmond said that his bank information was stored on the phone, along with credit card information used for online shopping, and an undeleted photo of his passport. Aside from his personal information, he also had photos of his overseas projects which were embargoed, and of course, the telephone numbers of his celebrity friends.

However, he has informed them to ignore any unusual messages from him and keep him posted of anyone impersonating him.

In the aftermath of the robbery, Desmond went to Google to find out what he needed to do after being robbed overseas and found some helpful suggestions. He did everything he could and also got in touch with his telco and banks to find out what his next steps should be.

But the greatest loss to the actor was the five years' worth of memories — in the form of photos and videos — as he hardly uses his computer and has not backed up the data on his phone at all. He kept a diary on his phone as well as scripts that he's written, and now, all that has been lost.

Desmond confessed: "All my photos with my family, our birthday celebrations with my ageing parents, photos of my friends getting married and their baby showers, photos of my dogs growing up, these are all the precious memories that I can't buy with money."

LUCKY TO NOT BE INJURED

While he lamented the fact that such a thing could happen to him, Desmond felt fortunate that he didn't sustain any injuries unlike other victims of similar robberies. When he arrived at the police station in Bali, he saw a Ukrainian couple who was "badly injured". He was told that they were robbed in the same way as him. 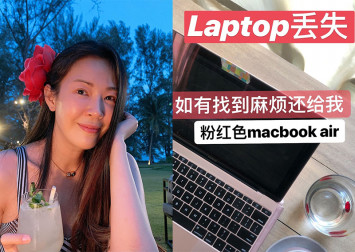 A Singaporean couple in Bali was also robbed in the same manner last year, and Desmond was surprised when he observed that netizens blamed the couple instead of wishing them well and sympathising with them. In fact, he was concerned that netizens would react similarly to him, but decided to come out with his story because he had the platform to raise awareness.

"I was quite sceptical in terms of the response I might get from naysayers, but I feel that I want to bring this story across to more people," he said, while admitting that people might still blame him for not being careful or vigilant enough.

However, he saw it as a chance to remind fellow Singaporeans to be more alert while travelling.

"Right now people are worried about the coronavirus more than anything else, but at the same time, be careful."