Getting through your Primary School Leaving Examinations (PSLE) and receiving your results is a rite of passage for any 12-year-old Singapore student, whether you can get discounted hot pot for it or not.

On a recent #JustSwipeLah video, YouTuber Das DD sat down with two students — Mediacorp child actors Alfred Ong and Cana Yu — who received their results yesterday (Nov 23), to try out some PSLE questions.

Joining them was actor Richie Koh, eager to be included among the child actors despite being 29.

“What were your best subjects?” Das asked.

He found himself overwhelmed with the current PSLE maths questions, however.

At another maths problem involving patterns, Richie groused: “This kind of question makes me tired.”

Read Also
Fanboy in Busan: Richie Koh too 'paiseh' to try this with Park Eun-bin, changes his Girls' Generation bias from Yoon-a to Soo-young 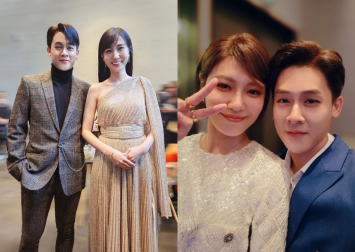 When Richie fell backwards in his seat, someone offscreen exclaimed: “Richie has given up!”

Richie cheekily revealed that his best subject in secondary school was not an academic subject but “co-curricular activities”. He got into his chosen secondary school via the Direct School Admission (DSA) through badminton.

“I really liked playing badminton at that time,” he said. “But after that, I realised that if you don’t win championships, you won’t get money.”

Training Mondays to Saturdays was also exhausting for Richie, who kept training until his “muscles were too big and I couldn’t grow taller” — his only flaw, he said.

The kids used to bring their homework to the film set. Cana even brought assessment books and would share them with Alfred, giving him some questions to try.

Das revealed: “I bought many assessment books [back then], but they’re still unused.”

“My parents gave up, you know?” Das responded. “They didn’t force me, but please don’t learn from me.” 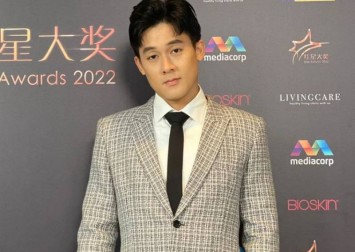 When Das asked him if he thought about studying harder in secondary school after receiving his PSLE results, the latter replied: “Of course I did.”

Das then asked: “But did you study hard?”

The kids burst into laughter, but Das — ever the responsible adult — told them again: “Please don’t learn these things from us.”

While the adults did not serve as good examples to the youngsters with their school antics, they did reveal how their primary school education continued to benefit them, even in showbiz.

Richie espoused the importance of languages.

“To me as a professional actor, English and Chinese would have been useful,” he said. “At that time, I was ‘potato-eating’ (English-speaking only) and I totally did not know how to speak Mandarin.

“It was only after I entered showbiz that I started to learn Mandarin properly, to properly read the newspapers, watch the news.”

Das added: “For mathematics and science, though I hardly use them, studying those things will teach us to be more systematic.

“And these soft skills, like diligently reading and learning — because we are always memorising scripts, which require a lot of work — I think schools do help us.”