If Eason Chan is looking for some sympathy, he ain't getting it.

Viewers were surprised when the normally tight-lipped singer made a rather jaw-dropping confession recently regarding his personal finances on a livestream.

While chatting with viewers, Eason intimated that he has been out of work for a year due to the Covid-19 situation, Hong Kong entertainment media reported. In an interview with the media two years ago, he had also shared that his income for 2020 was close to zero, due in part to the Hong Kong protests as well as the pandemic.

With that, his bank balance has also dwindled to HK$30 million (S$5.2 million), leaving him "panicked" and stressed, he shared. According to the 47-year-old, the amount is only sufficient to cover two years' worth of expenses.

"I'm really very stressed now. Because of the pandemic, I haven't had work in about a year," said Eason, who also shared with viewers that his housing payments cost about HK$600,000 a month.

However, his candid confession has left some viewers astounded, with several stating that HK$30 million is an amount they'd hardly be able to dream of accumulating in this lifetime.

Others chimed in, "not even for generations to come".

Eason was criticised by commenters for "wanting too much" and having an insatiable appetite when it comes to money, reported Sohu.

A dispute with Adidas last year over the Xinjiang cotton controversy saw brand ambassador Eason cutting ties with the company — a move which was reported to have cost the singer HK$60 million in damages.

Adding on to his financial burden, the singer stated, is the monthly allowance that he gives to his wife, former actress Hilary Tsui.

The doting husband had previously shared in media interviews that he doesn't control his wife's spending. "What do I work so hard for? It's for her to spend," he reportedly said at the time.

The couple have a daughter, Constance, who turns 18 this year. 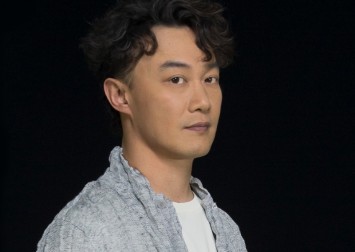 Comments to his online sharing have been diverse, with some stating that it is only natural for one to panic after not being able to work for a year.

Others said his worries were unfounded, as a singer of his stature would be able to make back HK$30 million easily "with just one concert", QQ.com reported.

Added another who attempted to sympathise with Eason's situation: "Maybe a celebrity being left with HK$30 million is equivalent to me having only HK$300."

But it seems the worst may be over for Eason. The singer appeared to be in the midst of preparations for an upcoming project, according to photos uploaded to his Weibo account last Tuesday (April 19).