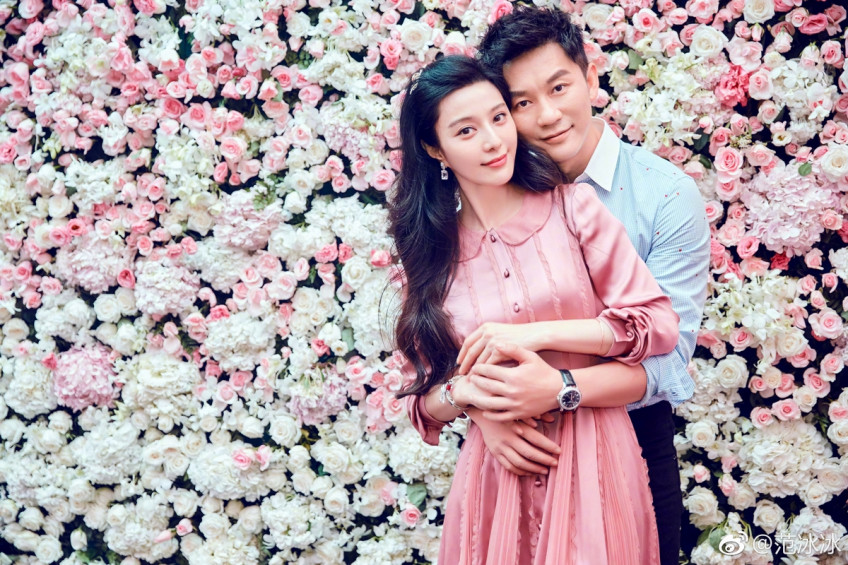 According to sources quoted by Hong Kong's Oriental Daily News (ODN), she is planning to wed her fiance Li Chen on Feb 2 next year.

Chinese actor Li proposed to Fan during a celebration of her birthday in September last year and it was reported that they were originally planning to hold their wedding at a castle in Britain in September this year.

However, the 37-year-old actress was then involved in a scandal from late May over her alleged inking of the so-called "yin-and-yang contracts", in a bid to avoid paying more taxes.

She disappeared from public view for several months before resurfacing on social media last month after an investigation by the Chinese tax authorities found that she had split her contract to evade taxes.

She was ordered to pay more than 800 million yuan (S$158 million) in overdue taxes and fines.

She posted an apology note on Weibo, the Chinese equivalent of Twitter, after the authorities meted out the punishment.

Two days after her post, Li wrote on his Weibo account: "No matter how difficult it may be, we will get through this together."

The official account of Li's company later retweeted the message, adding: "Same as always, through thick and thin."

Although both messages did not make reference to Fan directly, many believe it was Li's show of commitment to the actress after months away from the spotlight.

The actor had also kept a low profile after the accusations of tax evasion against Fan intensified.

The sources quoted by ODN said Fan would leave show business after her marriage in February next year, but she and Li have not reacted to the rumours.

Hong Kong's Apple Daily said in August that Fan was banned by the authorities from acting for three years due to the tax-evasion case, but the report could not be independently verified.