First teaser trailer: All you need to know about Marvel's Eternals

Believe it or not, we’re already moving into Phase 4 of the Marvel Cinematic Universe, though at this stage with new Disney+ shows popping up every few months, Cinematic doesn’t do the name justice.

Phase 4 is already picking up momentum, with the streaming success of WandaVision and The Falcon and the Winter Soldier, soon to be followed by the long-delayed Black Widow, premiering on July 9, subsequently, Shang-Chi and the Legend of the Ten Rings on Sept 3.

But there’s actually another major movie on its way come as the ensemble film Eternals lands Nov 5.

While we’ve seen brief teases of this film in the recent Phase 4 sizzle reel, and Marvel President Kevin Feige has nothing but praise for newly minted Academy Award winning director Chloe Zhao for her “spectacular vision” to the heavens above, little is known about the upcoming movie, other than it stars the likes of Angelina Jolie, Selma Hayek and Gemma Chan, in her second MCU role.

Let’s take a dive into all you need to know about Marvel’s Eternalsbefore it hits the cinemas.

This might come as a shock but, The Eternals were loosely brought over from DC. Here’s how and why.

The Eternals were created by the legendary Jack Kirby, who fun fact, also co-created Captain America, Thor, Iron Man, Black Panther and helped lay the foundations of the entire Marvel Comics Universe, and to an extent the Marvel Cinematic Universe where we comic book nerds get to see the happenings in the comics brought to life.

Kirby later left Marvel Comics to join rival DC Comics as he felt that he wasn’t adequately credited for his contributions.

There, he wove his own science-fiction mythology centred on the New Gods and introduced characters like Darkseid, Mister Miracle and Justice League villain Steppenwolf, to the DC Universe.

When Kirby eventually returned to Marvel, he brought back the same concept and idea and created another league of superpowered mythical beings inspired by DC’s New Gods who are at war with their dark reflection.

Those beings? The Eternals.

The Eternals are a fictional race of humanoids made by the Celestials, powerful extraterrestrial cosmic beings who visited Earth one million years ago to perform genetic experiments.

In the process of making the long-lived Eternals, the Celestials also made genetically unstable and monstrously grotesque Deviants.

The Celestials also experimented on other planets and created the Kree and Skrull, but that’s another story. 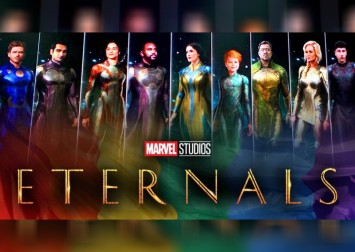 The Eternals were left on Earth as they were intended to be the defenders of Earth and to continue on with the mutation with normal human beings.

However, they rarely had contact with their human cousins due to their ability to live a long life, only descending down from their high mountains to do what they were made to do – defend humans.

The Eternals generally protected the human race from dangers and evils, especially from the Deviants who primarily sought to conquer other races.

The Eternals had their own comic book series back in 1985, and a one-shot comic called New Eternals: Apocalypse amongst multiple appearances across Thor and other series across the 2000s.

Due to their more… enlightened origins, The Eternals aren’t as mainstream as other Marvel Comcs characters, and the comic’s main contribution to the wider Marvel universe is probably the Celestials who later become a bigger part of the Avengers storyline.

The extent of that storyline didn’t go for long as it seemingly killed off the last remaining Eternals.

The Eternals’ saga mainly centered on prominent members of the Deviants like Kro, Head Priest Ghaur, and former Deviant Monarch Brother Tode and their eventual defeat.

Instead of establishing the group of supers, The Eternals seemed to set up the Deviants as a formidable group of villains against themselves, the Avengers, and the wider universe.

The most recognisable character in the current MCU that is of Eternal-heritage and mutation is supervillain Thanos, who terrorised the Earth and its heroes in Avengers: Infinity War and Avengers: Endgame.

Like the X-Men or Inhumans, there are alot of Eternals as seen by the upcoming movie’s cast list. In the comics, the three main characters to pay attention to are Ikaris, Makkari and Sersi.

Ikaris was the first Eternal introduced and is the superhero archetype of straight-arrow team leader. Think Captain America or Superman, especially the latter as Ikari flies around in a blue, red, and yellow costume and battles villains with his eye beams. 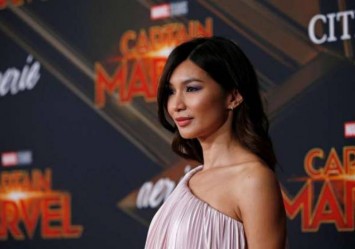 Makkari is a traditional Flash-style speedstar. If you got somewhere to be – and quick – then he’s your guy. Last, and certainly not least, is Sersi.

Sersi is a party animal and an empath who loves being around humans and can manipulate matter. She often goes on adventures that encompass time travel and multiple alt-universe boyfriends.

She even shared eagerness to jump Captain America’s bones and is the only Eternals member to have served as an Avenger. In an interview, Feige shared that Sersi is the main character of the Marvel movie, so we can expect big things from this scarlet.

The Eternals basically won the lottery when it comes to human genetics. They all have shared powers like being able to live for a very long time, incredible strength and the ability to fly (or levitate in others) amongst others.

Each Eternal also has their own unique powers that can vary from projecting blasts of energy from their eyes and hands, generate illusions, control minds, generate force fields as well as transport.

Here’s a condensed list of what each of these beings can do:

Whilst not an Eternal, Dane Whitman aka The Black Knight is expected to appear in the movie as a human warrior who wields a mystical sword. He will be played by Game of Thrones alum, Kit Harington.

The Eternals may not be popular Marvel characters that you grow up reading in comic books, but the upcoming Eternals movie serves star power unlike any other.

Featuring some of the best of Hollywood, Eternals has big names attached to the project and has an incredibly diverse cast, with some playing identities that haven’t been featured in the MCU.

ALSO READ: Kit Harington's Eternals role could lead to something more in MCU

The Eternals movie is directed by Oscar-winning director Chloe Zhao and is expected to premiere on Nov 5, 2021.

Whilst not much else is known about the film’s plot and synopsis, Eternals will finally bring The Eternals to the spotlight and have them reunite once again to battle the evil Deviants.