Gillian Chung sustained a six-centimetre wound on her right forehead which required more than 10 stitches, her manager Mani Fok said in a Weibo post.

The singer-actress woke up at around 2am today (Sept 7) to use the bathroom but felt giddy, hitting her head on a countertop as she fell. She called a colleague for help, and the latter sent her to the hospital, where she had several head scans and check-ups.

Mani added that Gillian is currently resting at a specialist centre, and her condition is stable. 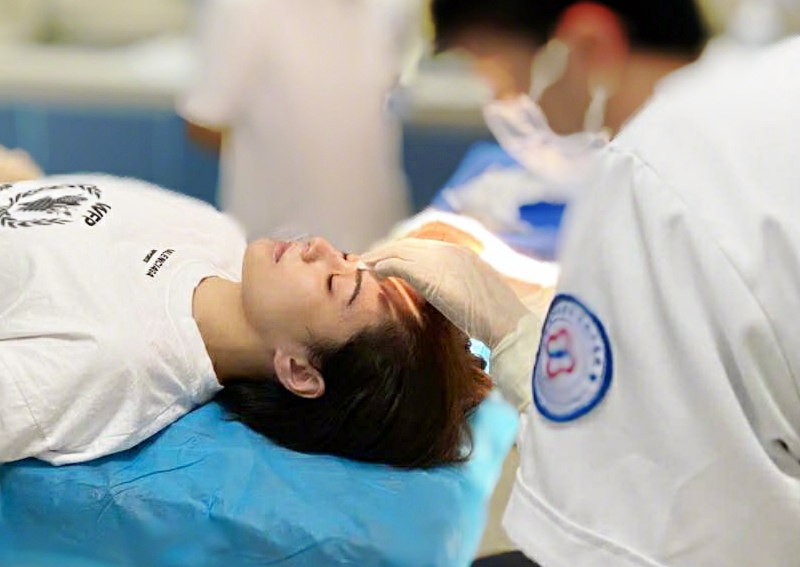 Hong Kong singer-actress Gillian Chung was taken to hospital in Xiamen, China, early today (Sept 7) after she had an accident in her hotel room at around 2am.

Her management agency said in a statement that the 39-year-old suffered a serious head injury.

Chinese media reported that she contacted her bestie, Hong Kong singer Joey Yung, as well as her manager Mani Fok after her mishap, and both — who were at Beijing — have since flown to Xiamen to be with her.

Gillian is in Xiamen to film a Chinese drama and it was supposed to be her last day of work today.

She reportedly insisted on returning to the film set as she didn't want to delay the filming schedule. However, her manager stopped her from doing so as she needs to remain in the hospital for observation.

In May this year, Gillian's estranged husband, Taiwanese doctor Michael Lai, told the media that they had signed separation papers in March because she didn't love him.