Be still, our hearts.

New photos of our favourite Coffee Prince just dropped, showing how he has glowed up.

Sure, we've always known that Gong Yoo is rocking a serious bod underneath those clothes, but the South Korean star rarely thirst traps his buff physique unless he's baring it for the camera professionally — be it for a show or the rare editorial shoot.

Well, all that has changed thanks to a recent video interview with his personal trainer on Allure Korea where images of Gong Yoo showing off his royally gorgeous muscles surfaced.

The 41-year-old is reportedly set to make his drama comeback — three years after the hit drama Goblin — in the Netflix Original science fiction series The Sea of Silence where he'll play a soldier on a dystopian Earth.

Could his fitness regime be preparation for the role? It's unclear, but we hope so.

What's clear though is that his trainer was more than willing to spill the beans on Gong Yoo's workout regime and even demonstrated some of the exercises that the star uses to get swole.

His workout routine includes chest presses, bench presses (both incline and decline), and the dip machine.

Read Also
Looking for a K-drama bae? These handsome oppas will steal your heart 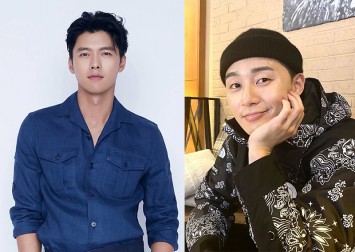 According to Apple Daily Hong Kong, the trainer revealed that Gong Yoo hits the gym every day and is there anywhere between two and a half hours to three. He joked that he's closer to Gong Yoo than even his mum and asked: "Is everyone envious?"

The fitness trainer also explained that Gong Yoo doesn't just go for targeted muscle groups but focuses on a full body workout to get a balanced shape. If he's preparing for a show, the actor is gung-ho enough to work out twice in one day.

Diet also plays a huge role in helping the boyishly handsome actor maintain his fine body. According to the trainer, Gong Yoo chooses his meal like an athlete would, opting for things like chicken breast, sweet potatoes, and vegetables.

He also prefers to cook with very little oil and uses seasonings sparingly. Even when he's about to indulge on a cheat day, he checks in with his trainer first.