There is something about the circus that fills people with childlike wonder and fascination, no matter young or old.

With Cirque du Soleil's Kurios troupe in town and anchored at Bayfront, we went behind the scenes with performer Nathan Dennis to get a glimpse into the life of someone who "ran away" to join the circus.

Dennis' career has been filled with highlights. In fact, one of his most memorable moments was getting to perform for action star Chris Pratt. Chris had watched Kurios, interacted with the performers backstage, and even invited them to spend a day on the set of Guardians of the Galaxy.

The actor also went on to show his appreciation for the performers on Twitter.

However, behind the star-studded shows and shoutouts from celebrities is a life of endless workouts and constant touring.

HOW IT ALL BEGAN 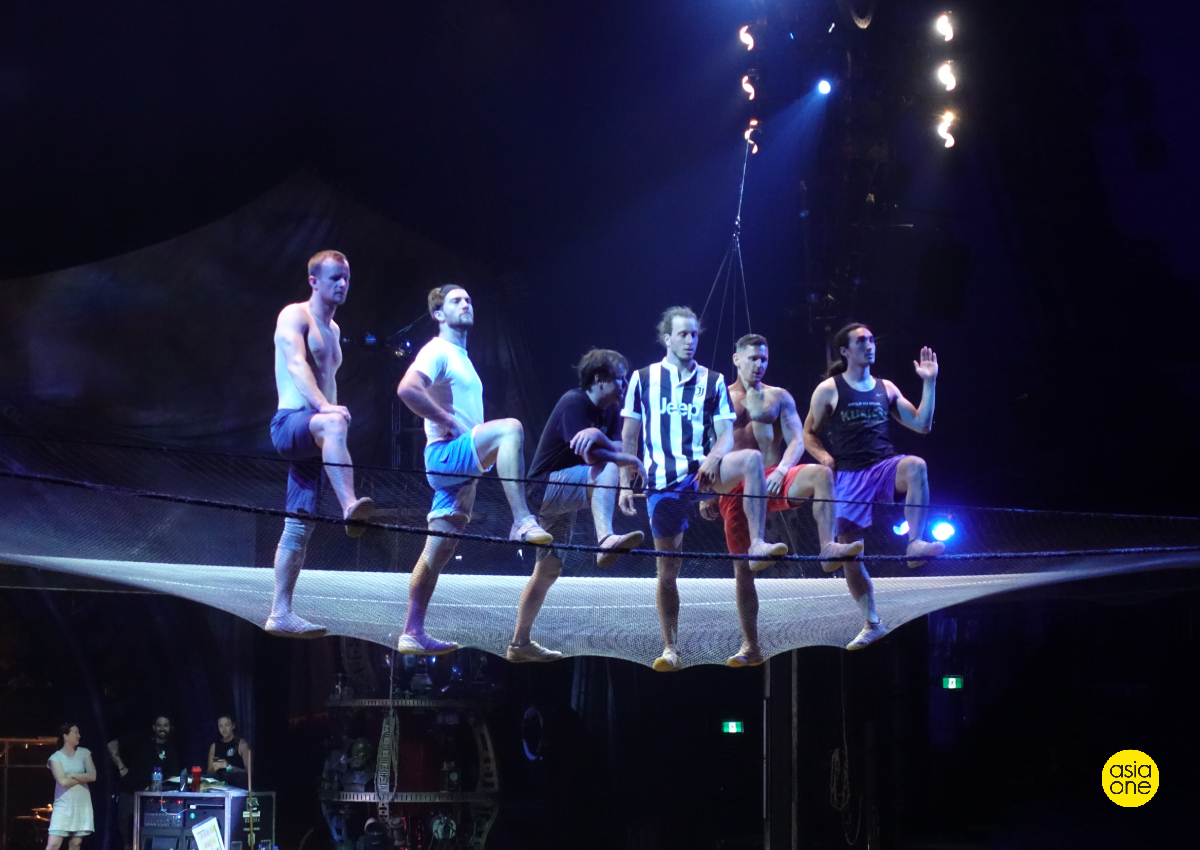 The 33-year-old Australian's circus aspirations began at the tender age of 13, after he watched Cirque du Soleil's Saltimbanco production.

At 21, he passed the audition to join Cirque, beating out over 30 other hopefuls. His years of training had paid off.

His face lit up as he recalled the moment he made it past the auditions: "Being in the circus was like my goal and my dream. So it was like achieving part of my dream. It was the best feeling ever."

Serendipitously, the first Cirque du Soleil show that he performed in was the one that had sparked his circus dreams - Saltimbanco.

CROSSFIT ALL DAY, EVERY DAY 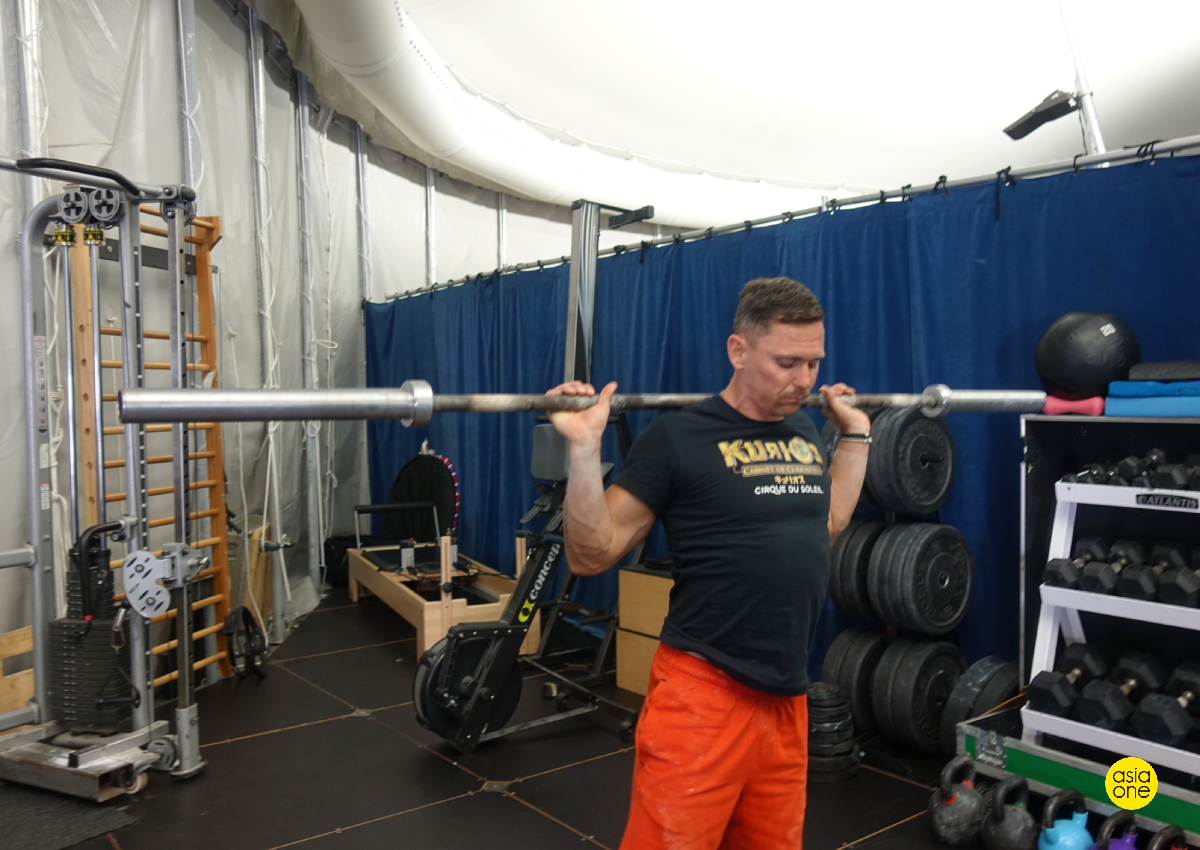 Being a circus performer, Dennis has whipped his body into tip-top shape. He explains that his body has adapted to the gruelling show schedule of about eight shows a week. Doing conditioning workouts on top of that helps him remain in peak condition.

The word "rest" doesn't seem to be in his dictionary. His brutal training regimen begins with two or more hours of CrossFit in the gym in the morning and core exercises later during the day at work. "When I'm not here [in the circus], or on my day off, I'm usually at the gym," says the self-confessed workhorse.

This superhuman does have an Achilles heel - doughnuts. While he generally tries to eat healthily, doughnuts are his favourite treat. He offers a tip, "After a good high-intensity session, eat doughnuts. Because your body just absorbs it straight away anyway."

Since joining Saltimbanco in 2007 and Kurios in 2014, Dennis has been touring and performing around the world for 13 years. When we asked about his life when he's not on tour, Dennis draws a blank. "I don't know, I've actually always been touring," he says.

Citing travelling as the best part of the job, he continues, "The best way for me to grow up has been travelling around. I'm lucky to be able to travel and see all these amazing cities so I'm really happy."

At the same time, touring can be a double-edged sword. Explaining that he is away from home for most of the year, he laments, "You kind of become a stranger to your friends back home, so that's tough."

LIFE AFTER THE CIRCUS

After living his dream, He is ready to move on to the next phase in his life. He says that this international tour with the Kurios troupe will be his last.

He credits the circus with awakening his interest in fitness, "If I didn't make it [into the circus] don't think I would have discovered fitness or fallen into it. The circus has been life-changing."

Keeping in line with his passion for all things fitness-related, Dennis, who is also a strength and conditioning coach for the Kurios troupe, has big plans of opening his very own CrossFit gym in Australia.

Whether you have aspirations of joining the circus or simply have a goal that you are working towards, take a leaf from Dennis' book. He shares that his secret to success is simply to work hard, "I believe that hard work pays off all the time."

Kurios - Cabinet of Curiosities premieres July 5 at the Big Top on Bayfront Avenue beside Marina Bay Sands. The show runs from July 5 to August 4. Tickets are available via Sistic, cirquedusoleil.com/kurios, or over the phone at +65 6348 5555.

#Performing artists #Exercise/Fitness #In Case You Missed It