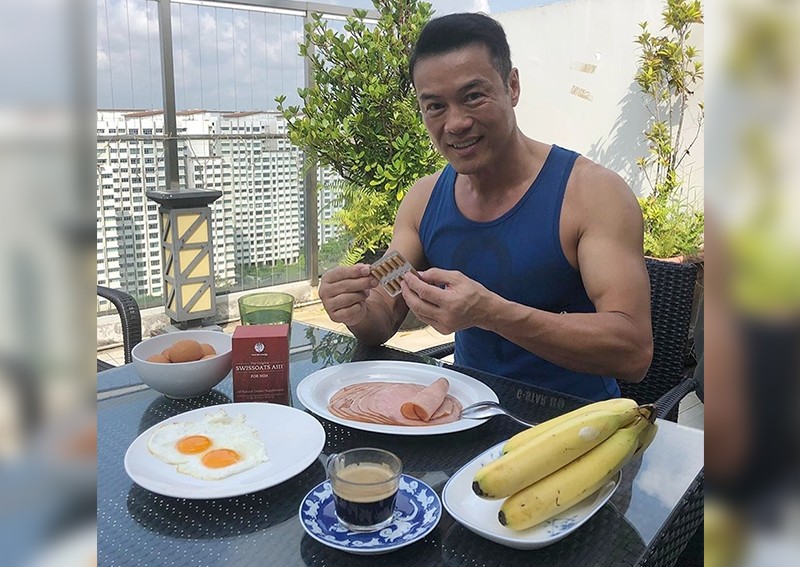 With his ripped physique at 55 years old, Zheng Geping is a 'thirst trap' for women and the man all other men aspire to be.

But his journey took more than just being a gym rat and watching his diet.

In a video posted earlier today (Jan 3) on Instagram, the veteran actor recounted the days when he used to be a smoker and how it impacted his health to the point where he had a health scare. After four attempts, he managed to break the habit.

He said: "I started smoking during my NS days out of curiosity. As time went by, I got hooked on it. When I got 'crazy', I could even finish two packets of cigarettes in a day. My family had always asked me to quit, especially my mum who nagged me. I also tried quitting several times but I wasn't successful."

It was only 12 years ago that he decided to put his foot down and quit for good after he experienced health issues.

"Whenever I exercised, I felt breathless and even sudden chest pains. It was really a wake-up call to me as I was worried it might impact my health if I continued to smoke. So, I told myself I have to stop smoking," he continued.

However, the budding TV producer admitted that it was difficult, especially in the first two to three weeks. He turned to running and drinking lots of water to "curb the urge". It also helped greatly that he had support from his family and friends.

Geping said: "My health improved greatly after I successfully stopped smoking. I no longer feel breathless after vigorous exercises.

"My advice to all smokers is to distance yourself from all the things that make you feel tempted to smoke. If you've thought about quitting, start now. If I can do it, so can you!'

After all, it's no secret that Singapore's resident shirtless hunkle is quite a determined person.

Remember what he said when the doctor tried to make him rein in his physical trainings?