When it comes to gush-worthy K-drama romance in recent times, none can beat Crash Landing On You (CLOY) starring Hyun Bin and Son Ye-jin.

Okay, so the ending wasn't as happily-ever-after as some of us had hoped, but we'll take the half-win, nevertheless.

And if you are one of the eagle-eyed fans who thought the last two minutes of the final episode (spoilers ahead: Yoon Se-ri and Captain Ri Jeong-hyeok in a log cabin overlooking a lake and lush mountains) look fake, you are right!

Ye-jin told Japanese magazine AERA recently that all the scenes in Switzerland, including their cosy time at the cabin, were filmed at the start of the project. This would mean both the actress and Hyun Bin hadn't had time to build up their chemistry and gone through the epic Ri-Ri romance.

The 38-year-old added: "I tried my best to look very blissful (at the final scene). But later on, when we had already filmed many scenes of Se-ri and Jeong-hyeok parting and getting back together, we realised the emotional depth had gotten better. So we decided to reshoot the scene and add in the Swiss scenery through [computer graphics]."

Take a look at the two on-set photos below, and you'll get what she means. 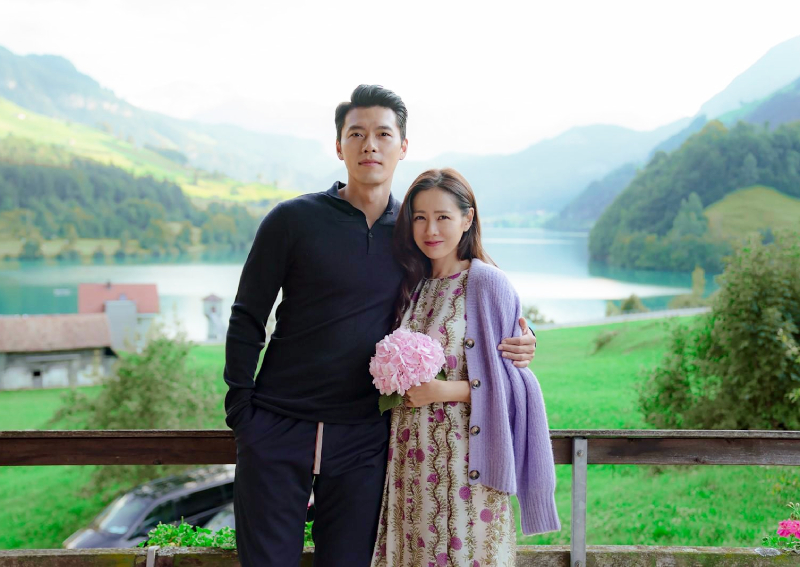 The photo above — released by the production crew after the last episode was aired — shows the couple the first time they filmed the cabin scene, where Se-ri is wearing an outfit not seen in the drama. Jeong-hyeok doesn't look too happy next to the love of his life, does he?

Now here's another take of their reunion, the one that they reshot and was used in the series. Aww… 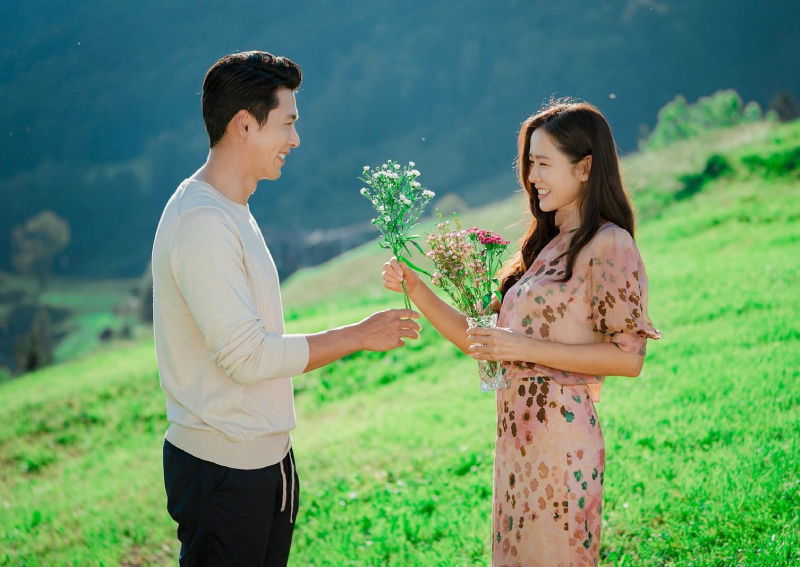