I learnt to ask for help: Rui En on her 'stressful year', admits she doesn't have a plan for Instagram

When local actress Rui En made the surprise announcement on Aug 5 that she was parting ways with management agency Artiste Networks, it certainly raised a lot of questions.

She had been with the agency for 20 years and she's been managed throughout her career in showbiz.

So, when we caught up with the 40-year-old yesterday (Aug 26) for the upcoming Channel 8 drama The Heartland Hero, we had to ask: What are her future plans?

She replied: "To be very honest, I'm currently really focusing on learning a whole new skill set. Because, as everyone knows, I've been managed right from the beginning of my career, and I've had many things taken care of for me. But I now have to do all of that myself."

In The Heartland Hero, Rui En plays Jingwen who used to be known by her nickname Momo. She is a reformed Ah Lian who owns a bakery named Seoul Toast.

She also admitted that it was a "very scary" prospect to be self-managed and she second-guessed her capability to do so. Eventually, she allowed herself the room to learn and make mistakes as she ventured into the unknown.

She shared: "Finally, I just got to a place where I was willing to learn and do my best, and if I make mistakes, it's okay... I feel like there's probably a greater purpose for me to learn from these things.

"While it's been very overwhelming, it's also been very empowering. Because a lot of things that I told myself [that] there's no way I can do that, I don't know how to, I can't; I realised that I can." 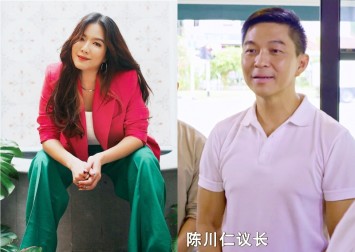 The announcement of her departure was made on her first Instagram post — incidentally, that is her first social media account, too. It was a very intimate post where she documented the tribulations she went through since October 2020, starting with the death of her cat, almost losing her dad to a heart attack, and then the Covid-19 pandemic.

She wrote then: "I haven't lost my mind yet, though I came pretty near to it."

During our interview, Rui En said that it has been a "really stressful year" for her. However, there is a silver lining. Throughout this difficult period, she has learnt to push through the boundaries of what she once thought was impossible.

And it all came down to learning how to ask for help.

Rui En said: "The boundaries of what I thought were impossible are slowly melting away and then I'm realising that it's not that hard. I think this is the year that I really learnt how to ask for help.

The actress openly admitted that it's been fun, although she still messes things up and doesn't know how to tag people on Instagram Stories. 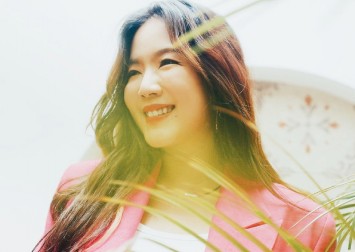 Although, her fans and fellow celebrities have been very helpful and left advice in her comments and direct messages.

Well, we are glad to hear that because she also had no qualms about admitting to a lack of strategy for her Instagram.

When we asked about how she intends to use her platform, she laughed and said self-deprecatingly: "I obviously have no strategy. I think that's quite clear."

But, she does have a goal in mind, and that is to be a source of positivity and uplifting content for the people as it's been a tough time for everyone, including her.

It doesn't matter even if it's just a simple cooking video, like the one she made with local DJ Dennis Chew.

She explained: "I always feel like as entertainers, if we're able to let people forget their circumstances for a while, I think that's what we're supposed to do.

"And I think essentially the position for me to go on Instagram was really just anchored there... If there can be one post, or even like a picture of my cat that can make someone smile, I think that's my goal."

The Heartland Hero premieres Sept 1 at 7.30pm on Channel 8 and it airs every weekday. It is also available on demand for free on meWATCH from Aug 30.