After dating for around seven years, local celebrity couple Felicia Chin and Jeffrey Xu now want to get married ASAP.

But the bride-to-be is quick to dismiss any potential speculations that there's a bun in the oven.

In an Instagram post yesterday (Sept 25) showing them choosing wedding rings, the 37-year-old actress announced their wedding date and more.

Thanking fans for their support, Felicia said: "Yes it's (the wedding date) super fast, we know. And no, I'm not pregnant!"

Jeffrey, 33, proposed to Felicia on July 29 this year, but only announced the good news on Aug 11, along with the fact that they would like to tie the knot before the end of the year.

Explaining their decision now, Felicia wrote on her Instagram post: "October is a special month for the both of us (birthday!); our parents also wish to see us get married faster so October it is.

Read Also
'I'd always felt like a transient guest': Jeffrey Xu moved out of Bukit Timah bungalow to live like the masses because of Felicia Chin 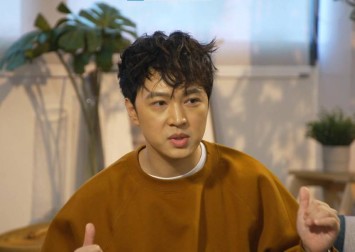 Jeffrey's birthday is on Oct 3, while Felicia's is on Oct 24.

Jeffrey and Felicia both agreed in an earlier interview that they want to have this done as soon as possible.

"I want to complete our marriage this year and I just don't want to delay it any further," Jefrrey said at that time. "We might be different from others. If we want to do it, we have to do it quickly!"

Felicia had also quipped: "If we really hold it this year, we'll need the help of so many people to get it completed in such a short time!"

And now, almost two months later, the couple are feeling the pressure of preparing such a hasty wedding ceremony.

"Indeed too blessed to be stressed though we must admit these two months have been [mind-blowing and crazy]," Felicia said.

"Thanking all our friends and family for your kindest patience and understanding. Total noobs at handling a wedding, apologies for any mishaps!"

Felicia added that wedding invitations have yet to be sent but the event will likely be a "simple church wedding".

As for Jeffrey's parents who are in Shanghai and unable to attend in person, Felicia told Lianhe Zaobao that their wedding will be broadcast live to them.