'It's about the kids': James Seah and Ayden Sng dive into 'dad talk' and adulting

This year, Ayden, 28, moved into his bachelor pad and is hooman to two Bengal cats, Zoro and Toro.

Meanwhile, James, 31, walked down the aisle with local influencer Nicole Chang Min and they have a chihuahua named Moon Stone.

In an interview with AsiaOne last Thursday (May 5), the two dived into the joys of pawrenting and the struggles of adulting.

They tell us they often find themselves immersed in "dad talk", such as where to buy treats or things for their pets to use and even recommending items to one another.

James told us: "At the start, he didn't like chihuahuas, he was like b******* about my dog. He thinks chihuahuas are nasty."

He added: "But I'm convincing him that mine is not like a normal chihuahua so we always have this debate going on. I'll always show him photos and videos of my dog."

While Ayden admitted he still doesn't like chihuahuas, it seems he is developing a soft spot for Moon Stone.

"His dog, beyond a doubt, is cute and seems like it has a very nice demeanour — unlike my cats," said Ayden. "They're just very pesky la, doing all sorts of weird things every day but I guess they're cats being cats."

James and Ayden were speaking to us to promote their upcoming drama The Unbreakable Bond, which premieres on May 16. They star as brothers Gu Yunze (James) and Yuncong (Ayden), who are heirs to a large medical group.

Yunze, who has been sick since birth, relies on Yuncong to donate his bone marrow and other organs to sustain his life. The pair meet Shiyuan (Chantalle Ng) at a nursing home and are quickly attracted to her, sparking a love triangle.

READ ALSO: 'I felt very vulnerable': Chantalle Ng on filming assault scene in new drama and how co-star Ayden Sng was 'a wreck'

James and Nicole are waiting for the keys to their BTO, which is set to be completed in 2023, and are renting a place together. Shifting homes is a nightmare, he told us, and his current place doesn't feel like home yet.

James said: "You don't have the whole mentality of finally settling down and being comfortable in a space that's yours. You always get that mindset that it's temporal, so you cannot fully settle in."

He added: "Your home is somewhere you wanna relax and let loose and is your safe place. So knowing that, I feel that once I get my permanent place then I'll be more like, 'Ah, I don't have to shift any more, I don't have to pack' that kind of thing, cause it's quite tiring, honestly."

Read Also
Ayden Sng has never been to playground, says primary school was most 'painful' part of his life 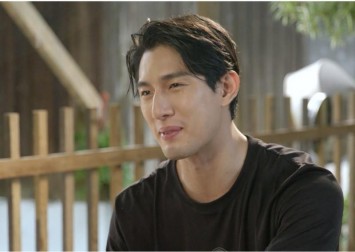 On the other hand, self-declared homebody Ayden is not shy about opening his wallet when it comes to his "humble abode".

"I feel like my apartment is particularly empowering. It allows me to live the kind of lifestyle that I've always wanted to, albeit, things might get a bit messy."

The Unbreakable Bond premieres May 16 on meWATCH and Channel 8.