Real Or Not?! Episode 4: Jeremy trusts Jesseca to make the big decisions

How does local actor Jeremy Chan 田铭耀 stack up to his wife 刘子绚JessecaLiu's larger following? In the fourth episode of Real Or Not?!, we ask Jeremy if dating up is a tall order and how he plans for the future. #AsiaOne #RealOrNot

It took a while, but local actor Jeremy Chan now has no qualms about admitting that wife Jesseca Liu is way more popular than him.

When asked if he thought she was more famous, he said: "In the beginning I thought no, no, no, but after getting together (nods) yes, yes, yes.

"Really, she's so famous," gushed the 38-year-old, just like we'd expect of a proud husband.

For the sake of comparison, Jesseca has 300,000 followers on Instagram, while Jeremy's following is close to 80,000.

The pair got married almost three years ago in a beach wedding in Langkawi, from where Jesseca hails.

Thanks to her as well, Jeremy received a huge popularity boost on social media.

"I got a lot more fans. My IG (Instagram) following just shot up instantly." In fact, some people suspected that the actor had bought followers.

More specifically, he attributed the dramatic increase to the post he announced their nuptials: "Wah (explodes), straightaway go up."

Without a hint of embarrassment, Jeremy admitted to AsiaOne that getting married to the lanky beauty was a "step up" for him, and not just because she's taller (by a few centimetres).

While he might have been bothered by disparaging remarks before they revealed their romance, it's all water under the bridge. After all, "she's your wife what, and I'm the husband what", he said pacifically.

And in an aww-inspiring moment, Jeremy shared that Jesseca was 'the one', because she made him want to get married.

"I'm a very solo person, I do my own stuff, I don't care much [about others]. But my wife made me change my thinking, like I wanted to settle down with her.

"You must do something to convince a guy like wah she's the one, I really must be with her.

"It's the same thing - how do I convince a girl to marry me? You have to be responsible, capable of taking care of not just myself, [but also] take care of you. That's what the girls want, guys seriously also want something like that. So at the end of the day it's like taking care of each other lah."

FROM SINGER TO AWARD-WINNING ACTOR

When he was not showing his sweet and loving side during the filming for Real or Not?!, the Stephen Chow fan was self-deprecating to a fault, poking fun at his height, or lack thereof (he's 1.66m), and eliciting laughs all round with his deadpan sense of humour.

Comedy is evidently in Jeremy's blood, but perhaps few know that Jeremy actually started his showbiz career as a singer. He joined reality singing competition Project SuperStar before reinventing himself as a host for variety shows and subsequently dipping his toes into acting.

But that's not to say Jeremy hasn't earned his acting chops. The actor won an Asian Academy Creative Award for Best Comedy Performance in 2018, where he played the role of a property agent in My Agent Is A Hero.

What people might not know, however, is that Jesseca was originally intended to play his love interest in the series. But due to conflicting schedules, the role eventually went to Carrie Wong.

Funnily enough, during the casting, Jeremy had assumed that his acting chops were secondary to his wife's star power.

"I thought since she couldn't take on the role, I also won't get it lah," he shared.

Ever the jokester, he added: "But I think the producers wanted someone who's more funny, comedic and not tall, so that's why I didn't need to audition lah. In this market, who's shorter than me? Hui Ge (Henry Thia)? Cannot right? They needed a younger person."

BUYING HIS OWN HDB FLAT

Perhaps one reason he could play the role so well was the copious research he did when hunting for his own Housing Development Board (HDB) flat, which he bought just before he got married.

"Actually when I got the role I just recently got my own house (a four-room flat). So I'd already been through a lot of trouble to get all the info.

"So when I got this role I was like, oh finally, all the trouble I've been through I can put [into the role]."

Currently, first-time homebuyers can apply for Enhanced CPF Housing Grants (EHG) of up to $80,000 applicable to all flat types and all locations. A raised income ceiling also means that more people can qualify for Build-To-Order (BTO) flats. This is part of the Government's efforts to ensure housing is more affordable and accessible for all Singaporeans, and that every working Singaporean will have the support to own their home.

Proving that he'd done his homework, Jeremy added that there are "pros and cons" to getting a BTO versus a resale flat.

"So I bought a resale, because it has a bigger space, [but] it's more expensive than a BTO lah, definitely.

"If you want a BTO, you have to wait. But it's a lot cheaper. If you want a bigger space, you want it fast, and you don't want to wait, then you get resale," he said.

GETTING A RESALE FLAT IN A MATURE ESTATE

No worries about a resale unit in a mature estate being old though. "Actually, the maintenance is good. They will regularly wash the corridors and [maintain] the surroundings," shared Jeremy.

"The clothes rack outside the flat, they will upgrade to a more sturdy one, then the sewage pipe they'll change. Nowadays ageing is an issue, so they built some holding rails. It's more convenient and safe for seniors, very thoughtful." 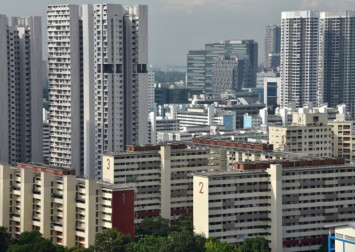 More than $4 billion have been set aside so far for Home Improvement Programme (HIP) projects for 320,000 eligible flats built up to 1986, which are currently completed or underway. At the same time, upgrading for another 230,000 flats built between 1987 and 1997 will commence this year, to be completed over the next 10 years. Flats will go through another round of upgrading when they reach the 60- to 70-year mark.

What drew Jeremy to his current Bukit Batok house, which he bought for more than $300,000, were the bright and spacious interiors, the close proximity to his workplace and the quiet neighbourhood.

"From my place it's near to some park. Actually it's very convenient," he said. Singaporeans can expect an additional 1,000 hectares of parkland and park connectors islandwide, on top of the current 7,800 hectares, in the next 10 to 15 years. Nine in 10 households will also be within a 10-minute walk of a park by 2030.

Surface land area will also be freed up for living, work and play once the Underground Space Plan in three districts - Marina Bay, Jurong Innovation District and Punggol Digital District - is completed.

Although the estate in which he's staying now is not central, the location is ideal for Jeremy.

"I wanted to get a place which is near my workplace. So I don't have to waste a lot of time travelling, I get more time to sleep, that's more important. You don't have to wake up early to join the jam for half an hour. Can you imagine wasting 30 minutes on the road every day? If you stay in that place for five years, you calculate [the time wasted]."

TIPS TO A HAPPY MARRIAGE

In addition to the ideal location, what sealed the deal for Jeremy was when his property agent told him that he'd be able to hack the walls between two bedrooms to convert them into a larger one - all for a walk-in wardrobe.

And it's not for Jesseca either.

Read Also
Not at first sight, Jesseca Liu and Jeremy Chan share how they fell in love 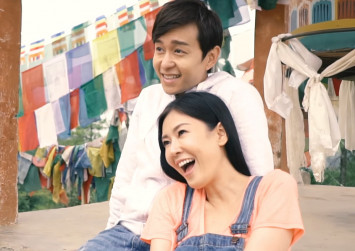 Between the two of them, the streetwear aficionado and ardent toy collector is surprisingly the one with more clothes and shoes.

He confessed: "A lot of people say women like to buy shoes and clothes, but my wife doesn't. My wife likes to buy books."

And even though Jesseca feels "it's not environmentally friendly to buy so many clothes and shoes" as it's "wasteful", it speaks a lot about their relationship that she hasn't stopped him.

So with one spare room still, will the paw-rents of two adorable cats be welcoming the pitter patter of yet another pair of tiny feet soon?

"Basically when I bought the place, I thought, if I have a kid, I have a spare room, so that can be his or her room. But I feel it's better to let nature take its course, because I don't want both parties to be pressured."

As a sign that they're ready for the responsibility however, Jeremy revealed that he'd usually be the one to clear the cat litter.

"I'll tell her not to do it, because I've heard people say that those who are pregnant should avoid touching cat litter, because it has a lot of germs. Some artist told me - I don't know if it's real or not - then I said okay, let me handle those things."

But he quickly added: "We're still leaving it to fate, you don't know when you'll get [pregnant], so ok lah, I'll do the dirtier things."

From the sound of it, the pair seem to have this whole marriage thing down pat. And Jeremy has one piece of advice for married couples who've just moved in together: don't split hairs when it comes to doing chores.

"When you have the idea [that housework should be divided equally] I feel there will be friction, because the thinking will be, 'Eh I washed last week, it's your turn now'. You can't think like that."

Jeremy is thankful that they are both very "automatic" when it comes to chores and "who has the time or who sees the laundry then that person will do it."

That's also the reason why they've invested in a dishwasher, so that the avid home cooks "won't be bothered by such things".

A dishwasher to enhance a marriage? Now that's an idea we can get behind.