Kevin Feige (left, pictured at the premiere of Hawkeye) revealed to The Hollywood Reporter an important plot detail in the upcoming Fantastic Four movie.

There has been much buzz about integrating this property back into the MCU after Disney acquired 21st Century Fox — the latter previously held the movie rights for Marvel's First Family.

And after the reveal of its release date at San Diego Comic-Con — Fantastic Four will kick off MCU's Phase Six on Nov 8, 2024 — Kevin is dropping yet another detail about the film.

He confirmed to The Hollywood Reporter recently that Fantastic Four will be getting the Spider-Man treatment. In other words, we won't be seeing an origin story unfold in the MCU.

"We've set a very high bar for ourselves with bringing that to the screen."

Considering the stellar work done on the Spider-Man films, where not only was an origin story clearly unnecessary but the trilogy of films paid homage to the superhero's legacy, there is reason to believe that Fantastic Four will shape up to be an impressive film.

However, there is one more key detail about Fantastic Four that Kevin has kept tight-lipped about: the casting of Reed Richards/Mr Fantastic and Susan Storm. 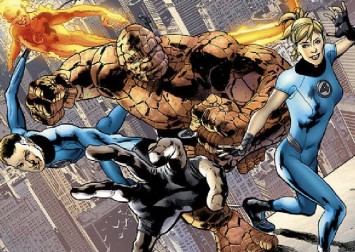 The fan campaign for The Office star John Krasinski has led to him playing the role of Reed in an alternate universe on Doctor Strange 2 and it would make sense for him to take on the mantle in the MCU itself.

Fun fact: the fans also want John's actress wife Emily Blunt to play Susan and we can totally get on board with that.

Yet, according to the commentary track by Multiverse of Madness director Sam Raimi, it seemed to be a one-off casting for the fans.

He said: "It's so funny that Kevin [Feige] cast John [Krasinski] because the fans had a dream of who the perfect Reed Richards would be. And because this is an alternate universe, I think Kevin said, 'Let's make that dream come true.'"

While it'll be a long time before casting for the show is confirmed — it ran into a spot of trouble with finding a director after Spider-Man director Jon Watts quit — there seems to be some sliver of hope for our fan casting dreams.

At least if people aren't reading too much into it.

During a recent appearance on The Tonight Show Starring Jimmy Fallon, John definitely raised eyebrows when he referenced Fantastic Four.

When he joked about being the villain on The Office, he added: "That's why I did Fantastic Four — to balance it out. I had already done the villain."

Not Multiverse of Madness, not Reed Richards or Mr Fantastic, but Fantastic Four. Take from that what you will, but it's best to also take it with a heap of salt.

In any case, we'll eventually get confirmation so as with most things MCU, we just have to wait and see.