Dating apps are not just for the regular folks anymore.

Even the goddess of Taiwan Lin Chi-ling is thinking of using them to find love.

The supermodel revealed that she is currently single and ready to mingle at a Saint Seiya: Knights of the Zodiac mobile gaming event on Wednesday (Feb 20), according to this Chinese report.

She emphasised that she isn't engaged to actor Jerry Yan -- her ex-beau -- despite rumours about it flying around since late last year.

"I have not sowed seeds of love yet since I have no suitors," said the 44-year-old, adding that she is open to using dating apps to "make some new friends".

The star also revealed that she has friends who have married partners they found on dating apps.

Chi-ling, who plays Greek goddess Athena in the mobile game, even said coyly, "Come talk to me if you see me in the game."

When asked about what she's looking for in a partner, Chi-ling said she is pretty much open to anyone and everyone. 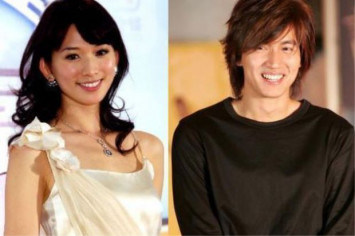 "I'm not very picky!" she quipped, "Even shorter guys are ok!"

A reporter on site then followed up, "Even someone like (1.59-metre-tall Hong Kong actor) Eric Tsang?"

The 1.73m beauty replied with a laugh, "That would be like (1.72m Chinese actor) Huang Bo -- they're very interesting and likeable once you know them!"

ALSO READ: Sheila Sim shares why she got engaged 6 months into dating