If a multiverse exists, somewhere out there there's a universe where Ms Marvel's Kamala Khan wouldn't be portrayed by Iman Vellani.

The casting call for Kamala Khan was thought to be a scam at first, said 19-year-old Iman during a press conference on Saturday (June 4).

The actress, who plays the titular superhero, had gotten the call through a forwarded WhatsApp message from her aunt, which Iman considered a "very Muslim South Asian thing".

Iman's role as the young Kamala is a first for the Marvel franchise — there has never been a Muslim superhero taking centre stage in their films or TV series before.

"February 2020," Iman recalled during the press conference. "I get the WhatsApp forward. I thought it was a scam — I don't know what casting calls look like, but they are not white pages that say 'Ms Marvel', 'Disney+' and 'headshot and resume here'."

But it wasn't a scam, as she soon found out, and she redirected her doubts towards herself.

"I was like, okay, this is real — I can't do it. I was making excuses for myself out of fear of failure."

Not wanting to disappoint her 10-year-old self, Iman forced herself to send in the self-tape at 3am in the morning, she explained. 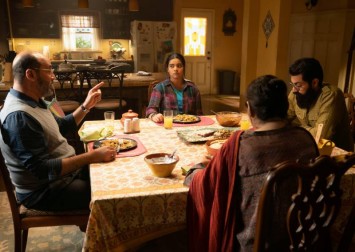 Two days after submitting her self-tape, Iman received a call asking her if she had a lawyer and that she was needed in Los Angeles.

"I was like, I have a math test, but okay," the Ms Marvel star joked as she spoke about what she termed "the greatest trip of [her] life".

After returning from Los Angeles, Iman continued her studies in high school, preparing for university while waiting for news from the casting agency.

"June 2020, sent in [my] last self-tape, and then we did a screen test over Zoom, and I got cast on the last day of high school," Iman said.

Iman also shared what makes Kamala unique, and it isn't her superpowers.

Instead, it's how relatable she is as "a fan of every other hero" within the Marvel Cinematic Universe.

"That fascination and excitement is [definitely] shared with real-life Marvel fans, so that's why we relate to her," Iman said.

And she would know.

When Iman was 15, she even cosplayed as Kamala Khan for Halloween, according to the Hollywood Reporter.

But the relatability of the character and the show doesn't stop there, as Zenobia Shroff (who plays Kamala's mother Muneeba Khan) explained.

"I think Muneeba Khan is a real prototype of the South Asian mother. Highly protective, very loving, kind — but [also] very fierce, and will throw down when she has to," Zenobia said. 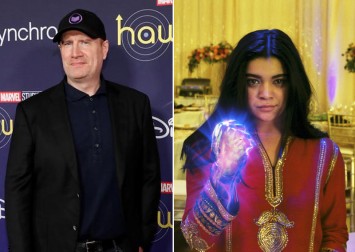 Mothers with traits like these are something familiar to the Asian audience as we would typically refer to them as 'tiger mums'.

Mohan Kapur, the actor behind Kamala Khan's loving father Yusuf Khan, also gushed about the series and explained that the "milieu" of South Asian regions was "beautifully and subliminally translated overseas".

"You go to the mosque, you put your shoes in over there, you come back and the shoes are gone — that's a real thing... This is us," Mohan said.

That Marvel was able to "run this juggernaut" of a concept is a "big thing for the rest of the world", Mohan added, believing that this would be the trailblazer for many other production houses to address similar diversity of culture and ethnicity.

"This is a story of one family, one girl, but it's so beautiful. It's a story of a family in a land that's not their own, but they've called it their home," Mohan said.